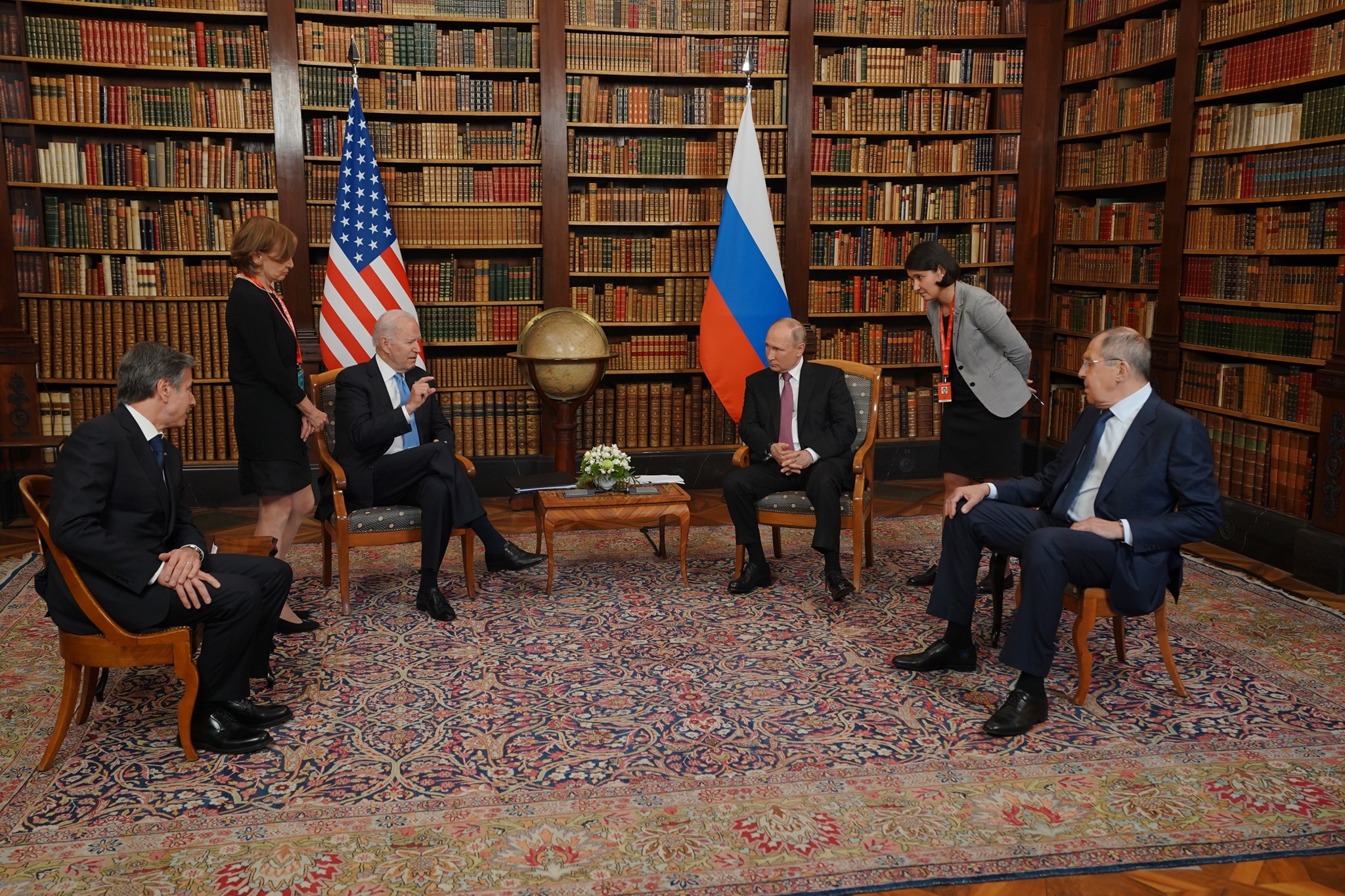 The world has yet to see the results of the Geneva summit between US President Joe Biden and his Russian counterpart Vladimir Putin. Strategic stability, climate change, cybersecurity and the plight of American and Russian nationals imprisoned in each other’s countries were on the meeting’s agenda, but the crucial points on which the two leaders focused on The agreement in Switzerland will be known in the coming months and years.

Before the summit, it became clear that the United States changed its approach to Russia. On May 26, Biden decided to lift sanctions against the company involved in the construction of the Nord Stream 2 gas pipeline – connecting Russia to Germany – because the project was “almost completely finished.” Washington has de facto given Moscow the green light to complete the pipeline that will effectively bypass Ukraine and rob the country of up to $ 3 billion in annual revenue by allowing Russia to bypass the former Soviet republic on the transfer. of gas to Europe. Moreover, while Kiev hopes to join NATO and views membership in the alliance as a guarantee that it will be protected against possible Russian intervention, the United States has indirectly admitted that the Eastern European nation would remain outside NATO.

â€œIt depends on whether they meet the criteria. The point is, they still have to clean up the corruption, â€Biden said at a June 14 press conference in Brussels following a NATO summit.

It should be noted that countries like Romania, Bulgaria, Albania and North Macedonia have never had to meet such criteria before joining NATO, and to date they have not. cleaned up corruption. So Biden likely sent a message to Putin ahead of their meeting that the United States will not cross Russia’s â€œred linesâ€. Ukraine’s NATO membership appears to be one of them. Biden has also openly refused to meet with Ukrainian President Volodymyr Zelensky ahead of the US-Russia summit in Geneva, although the Ukrainian leader has repeatedly stressed that it is necessary to have direct talks with Biden in order to show unity. the United States. and Ukraine â€œin the face of Russian aggressionâ€.

Yet, according to reports, the US and Russian presidents have discussed the situation in Ukraine, although the very fact that they did so without Zelensky’s participation is a clear sign that the US and Russia are considering the situation. former Soviet republic as a “political object”. rather than as a stand-alone actor.

â€œI spoke of the United States’ unwavering commitment to the sovereignty and territorial integrity of Ukraine. We have agreed to continue the diplomacy related to the Minsk accord, â€Biden said after the meeting with Putin.

Given that no point of the Minsk Accord has been implemented since it was signed in 2015, it is very unlikely that there will be any progress regarding the Donbass conflict. Thus, the war of position between the self-proclaimed Russian-sponsored Donbas republics and the US-backed Ukrainian military will continue for the foreseeable future.

it was Russia, not the United States, that had to make concessions even before the talks began

Days before the summit, however, Biden made an effort to distance himself from the subject of Ukraine, most likely due to corruption scandals – namely the Burisma company and its alleged ties to Hunter Biden – that Republicans , mainly the Trumpists, can use against him. Moreover, before Biden’s meeting with Putin, it became clear that Washington was aiming to ease tensions with Moscow. This is why the United States has refused to directly accuse the Kremlin of hacking American infrastructure, or of imposing new sanctions against Russia following the recent actions of Belarusian President Alexander Lukashenko, backed by Moscow. It appears that, for the Biden administration, even the arrest of Kremlin critic Alexey Navalny has become an internal Russian affair, although Biden stressed that if the opposition politician died in prison, the “consequences would be. devastating for Russia â€.

Putin, on the other hand, tried to register the summit as a peer-to-peer meeting, but in reality it was Russia, not the US, that had to make concessions even before the start. talks. For example, on June 2, Switzerland announced that it would not accept COVID-19 vaccination certificates with the Russian-made Sputnik V for journalists covering the summit. The Kremlin had to obey this decision. Russia also had to agree to other US terms and conditions regarding the Geneva summit. Putin was forced to give up his plan to hold a joint press conference with Biden because a separate press conference is “the practice of the American side.” Plus, Putin, who is known to be late, made it to the top with Biden on time. It was the American president who arrived at Villa La Grange 12 minutes late. All of these little gestures suggest that the Kremlin is very much aware of its place in the global arena and knows who has the upper hand in US-Russian relations.

Finally, it should be remembered that two political events linked to Switzerland resulted in a Russian defeat. The 1985 Geneva summit between US President Ronald Reagan and Soviet Secretary General Mikhail Gorbachev led to Perestroika – a political reform movement within the Communist Party of the Soviet Union – which effectively brought down the Soviet economy. And after Swiss President Didier Burkhalter’s visit to Moscow on May 7, 2014, the Kremlin stopped supporting pro-Russian protests in southeastern Ukraine, not to mention the energy-rich Donbass region.

Upcoming events related to Ukraine, Belarus, Syria, Libya and other hot spots will show whether the 2021 Geneva summit has more similarities to the 1985 Geneva conference or to the Malta summit of 1989, when US President George Bush and leader Mihkail Gorbachev reportedly declared the end of the Cold War. Judging by recent developments on the world stage, a new cold war has already started and its ground rules are about to be formulated.