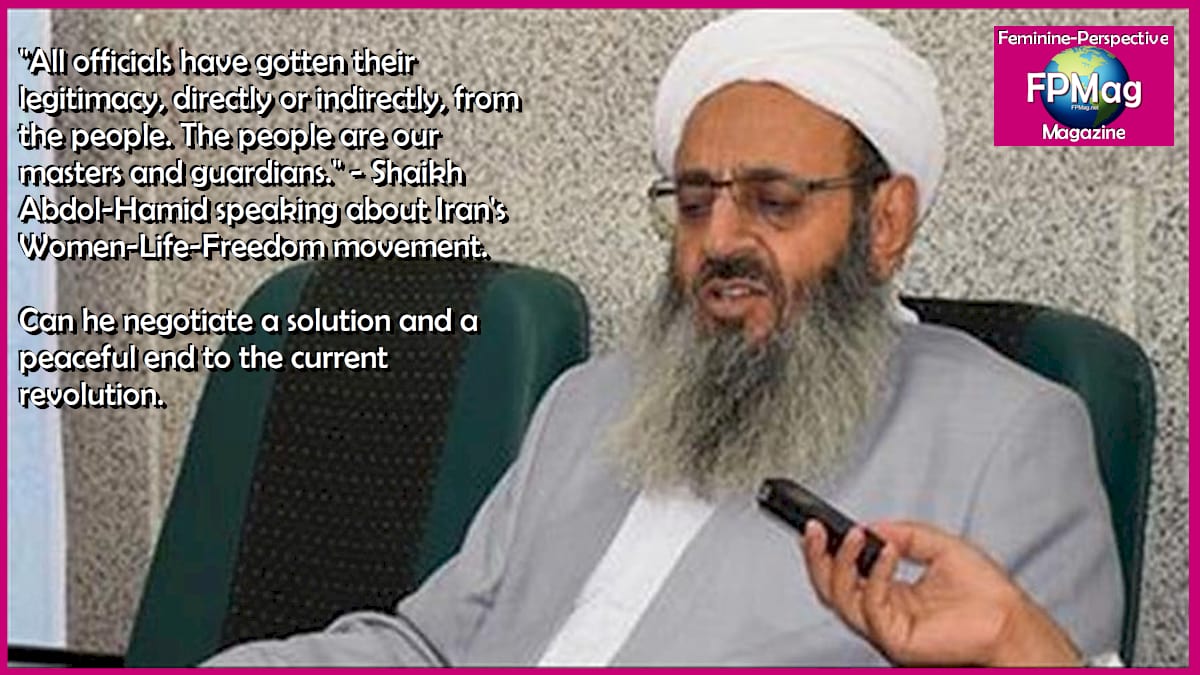 By shooting children in Iran, IRGC thugs have been captured. Who’s next?

The Iranian people against oppression, corruption and inequality, created a revolution in 1979, and now. Clerics can be pioneers in this upheaval, said a revered Sunni cleric.

‘Oppression, corruption and inequality, the three things unfortunately happened,’ says 19-year-old Women-Life-Freedom event organizer. “They killed some of us and we captured a few.”

Members of the IRGC or some facsimiles of this group are now being held prisoner in Iran by women – girls and women, according to more than 7 sources in Iran who say some shooters had uniforms, some didn’t.

“They were shooting at protesters in one of the provinces we protested inside and where the IRGC killed many people, including children. The [women] managed to climb through the interior stairwells to the roof and overwhelmed some and chased some men away, while capturing others,” says one protest organizer among dozens who all seem to be talking at once, who does not wish to be identified for obvious security reasons.

“We had to imprison [detain] some people inside the building when we rushed. They said we broke the doors. When we later found out they were unarmed and neutral, we let them go home, but took their credentials. We also confiscated the weapons of the killers on the roofs some who had uniforms and others who did not. We gave up arms to the two security guards who were assigned to our leadership group. It was these security guards who calmed everyone down and helped us release the neutral people who were local government bureaucrats who had nothing to do with shooting protesters. They weren’t plainclothes security guards, because the guards were checking. They were also the ones who fought with the men when we fell. Later we tried to help him, but it was too chaotic and we never found him. We believe he was taken away by his people,” Leila explained.

“The prisoners are very rude and rude and threaten us so we will wait one more day before they have nothing but water to drink. Those who did not throw their food at us will continue to be fed and separated. Apart from that, prisoners are treated with dignity according to the rules that our experts explain all the time [translated],” she continued.

“In Sistan-Balochistan, the Islamic Revolutionary Guard Corps, the IRGC Leila spoke, which is an official branch of the Iranian Armed Forces as if under the direct orders of the Ayatollah – they [IRGC] were shooting at people with war bullets. In a single day [30 September 2022] they killed 92 people, including 12 children. The men we caught, we charged them because they were shooting at us. It was self-defense. A local media said we were going to kill them but that’s definitely not true. We will exchange them for the liberation of our people. Otherwise, we will keep the IRGC or whatever they are forever until we give them to other people who want to get their secrets. We think one of them is a [officer] boss,” said another person in the group involved in the detention.

The source referenced by the province of Sistan and Baluchestan is the 2nd largest province in geographical size and probably the poorest of the 31 provinces of Iran. It is southeast of Iran, bordering Pakistan and Afghanista.

The capital city of Zahedan Shiite Imam Sajjad Shahraki, of the Moulay Motaqian Mosque, was reportedly murdered on Friday.

Ahmad Taheri, the police commander from Sistan-Balochistan province told reporters in the predominantly Sunni town of Zahedan, some of whom shared the material with FPMag’s Behar Abbasi.

“We know that if we don’t ask permission before traveling, the authorities will create problems for us,” said Abdolhamid, the Friday prayer leader of the Sunni community of Zahedan in Sistan and Balochistan province, in an interview with the Center for Human Rights in Iran (CHRI) on January 24, 2018. Photo credit: CHRI. Art / Cropping Rosa Yamamoto / Women’s-perspective-magazine

Molavi of Baloch people in Iran, Abdelhamid Ishmaelzahia peaceful Hanafist and the top Sunni Islamic cleric in Iran who called for a referendum last Fridayduring his prayer sermon, once again firmly condemned the Repression of the Islamic Republic by sociopathic Iranian Baloch elites about women and children but said nothing about the planned prisoner exchange which, according to three sources, (who may or may not know for sure, so FPMag asked for confirmation), who said the cleric had been informed. One of the girls confirming the cleric was to be involved in the negotiations is a local Sunni and has good family connections, FPMag said.

Abdelhamid Ishmaelzahi enjoys the support of the overwhelming majority of Baluchis in Iran, who hail him as their Molavi, but he is subject to heavy restrictions, including travel to anywhere other than Tehran.

On Sunday, Iran’s parliament urged the judiciary to impose maximum sentences on protesters. Earlier in the parliamentary session, President Mohammad Bagher Ghalibaf (Qalibaf) said that the main elements of Mossad, the CIA and their allied groups are behind the unrest in the country. Official photograph taken on July 12, 2020.

Many Iranian women are more skilled and talented than men

Speaking to the people of Zahedan, Before last Friday’s prayer, the Iranian Sunni leader said: “In 1979, the Iranian people rose up against tyranny, oppression, corruption and inequality and made a great revolution. The clerics were the pioneers of this great upheaval. The lack of freedom was the main reason for the popular uprising.

The prominent Iranian Sunni Hanafist scholar criticized the discriminatory treatment of women in Iran and said: “Discrimination against women was one of the biggest problems in the country before the 1979 revolution. Unfortunately, today, women of our country suffer from bigotry. I say this so that everyone knows where the root of the problem lies. Until the doctor is aware of the disease, there is nothing he can do.

Iran’s parliament is demanding that the judiciary impose tough penalties on protesters.

“Ethnic and religious minorities suffer of discrimination for so many years. They have always cried out against fanaticism. Sectarianism is against Islamic laws and the country’s constitution.

“Most of the protesters were confronted with discriminatory behavior. As men, women can go to university, study, do research and serve the community. Many women are more qualified and talented than men; these women deserve to get the status they deserve.

“The women are screaming; it is the result of discrimination and inequality towards them. Women have seen the wickedness in our society. While wearing the headscarf is an Iranian and Islamic culture, why do these women tear their headscarves and set them on fire? Who made these women angry? We need to ask ourselves these questions,” the imam said.

Courtesy HRANNA Geographic distribution of protesters killed in the last 51 days up to November 6, 2022 in Iran.

One of 12 small children killed by the IRGC in Balochistan