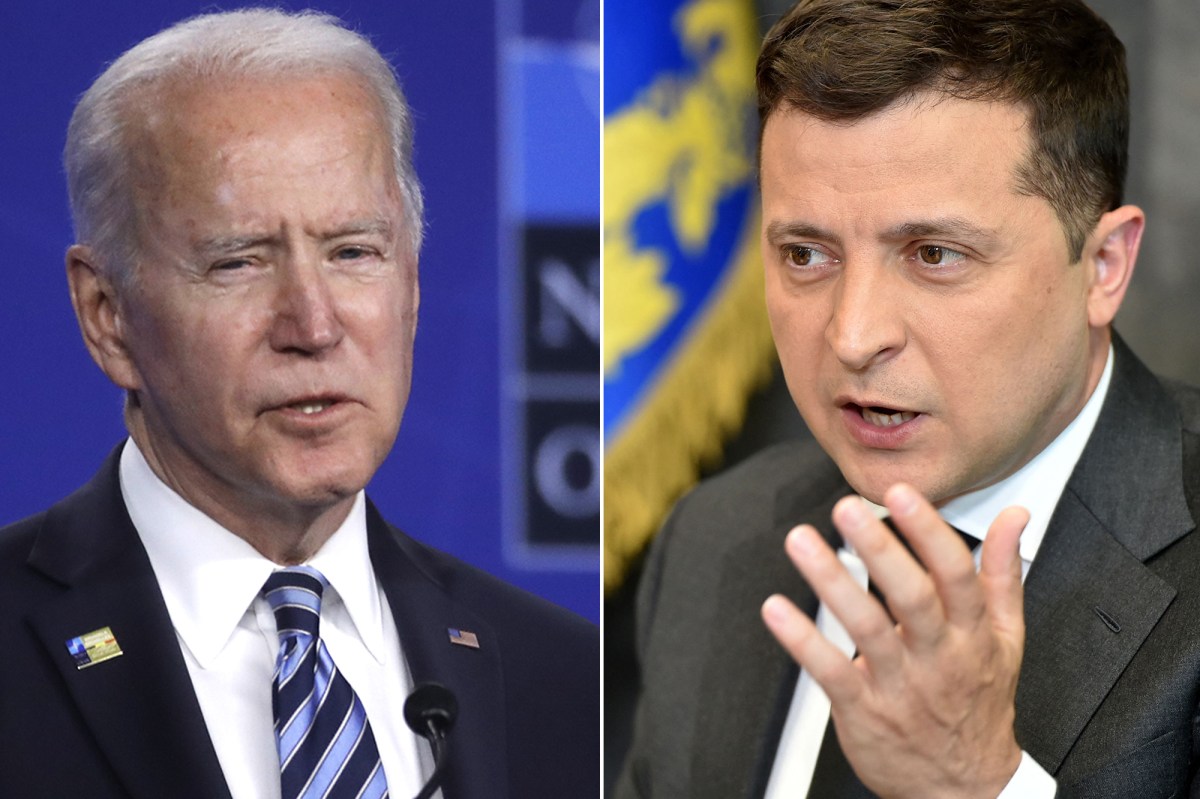 Biden refused to give a “yes” or a “no” to Ukraine’s NATO membership at the alliance’s annual summit in Belgium.

â€œIt depends on whether they meet the criteria. The point is, they still have to clean up the corruption. The point is that they have to meet other criteria to enter the action plan. And so, you know, the school is on this issue. That remains to be seen, â€Biden said at a press conference that started more than two hours late and lasted just over 16 minutes.

Biden added: â€œIt will not be up to me alone whether or not we conclude that Ukraine can be part of NATO. It will depend on the alliance and how they vote.

â€œCongratulate @NATO partners for understanding all the risks and challenges we face. NATO leaders have confirmed that [Ukraine] will become a member of the Alliance and #MAP is an integral part of the membership process. {Ukraine]deserves due appreciation for its role in ensuring Euro-Atlantic security â€, he tweeted.

The MAP, or Membership Action Plan, mentioned in Zelensky’s tweet, defines candidate status to join the alliance, which emerged during the Cold War to counter the Soviet Union. Three other ex-Soviet countries are members of NATO.

But moments after the tweet, US Secretary of State Tony Blinken denied anything had changed when a Reuters reporter asked him in Belgium.

â€œNothing new – nothing changed – it dates back to 2008,â€ Blinken said, according to CBS News reporter Ed O’Keefe. The top US diplomat was referring to a 2008 NATO conference that the alliance said Ukraine could eventually join. Since then, Ukraine has not received a membership action plan that would put the country on the right track to do so.

Biden told the press conference that the United States and other NATO allies “affirmed our continued support for the sovereignty and territorial integrity of Ukraine.”

Ukraine is one of the poorest and most corrupt countries in Europe and its politics have wavered between pro-Russian and pro-Western factions since the Cold War.

Zelensky said in a group interview with news outlets in Kiev on Monday that he wanted Biden to commit to accepting Ukraine as a member before meeting with Russian President Vladimir Putin in Geneva, Switzerland on Wednesday.

“If we are talking about NATO and the MAP, I would really like to get [from Biden] details – yes or no, â€Zelensky said.

Last month, the White House made a rare foreign policy pivot by simply crossing out the words in the transcript of a press briefing that expressed support for Ukraine’s NATO membership.