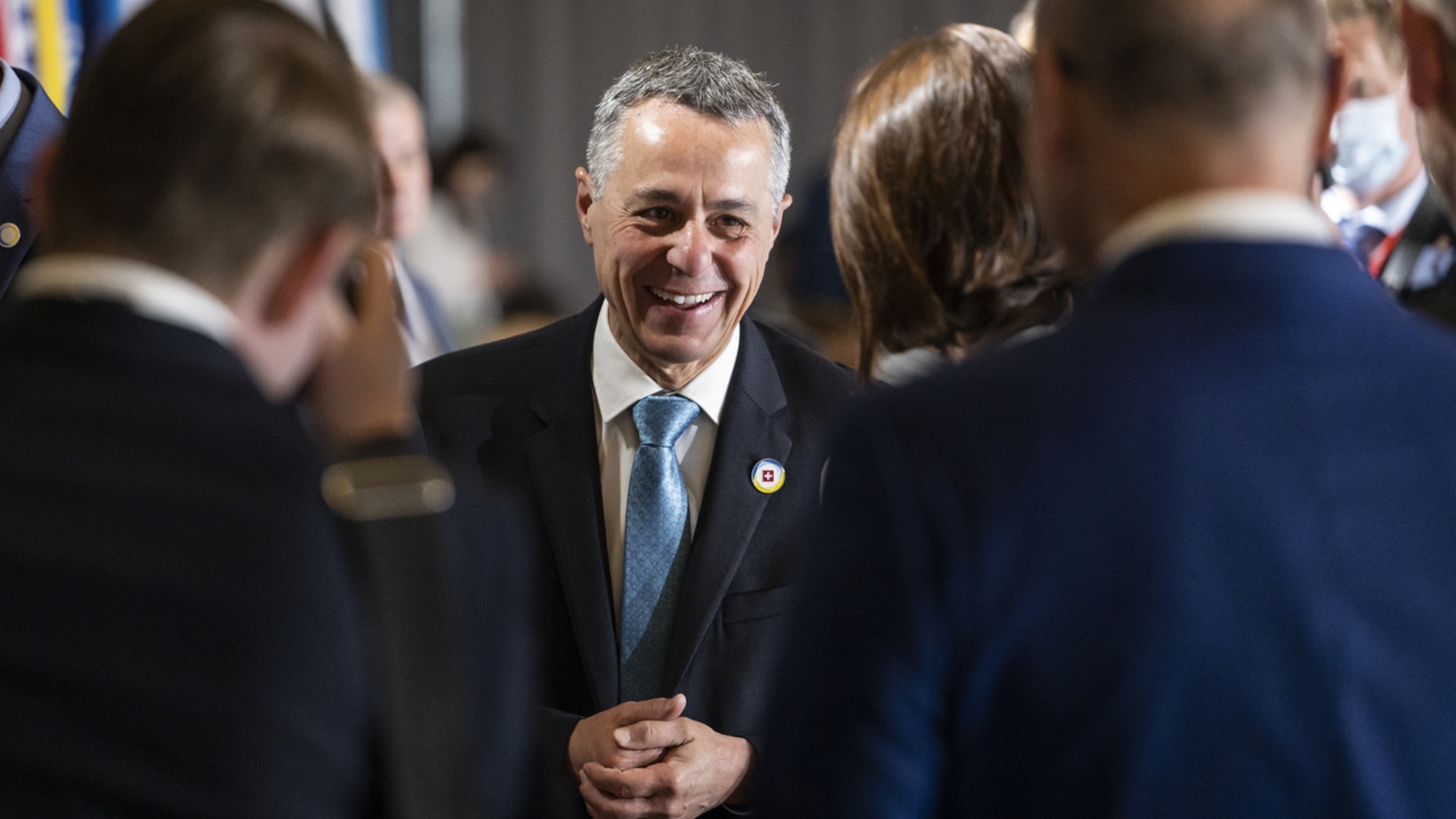 Newspaper editors in Switzerland offered praise mixed with criticism at the two-day international conference in Lugano to support war-torn Ukraine in its reconstruction efforts.

The Wednesday edition of Tages-Anzeiger and other TA Media Group newspapers said the meeting, which ended on Tuesday, was a step in the right direction, although the outcome was modest.

Foreign Minister Ignazio Cassis got the ball rolling and others will now take the lead in Ukraine’s reconstruction. “Switzerland has done its job, neither more nor less,” he writes.

The Tages-Anzeiger added that Switzerland should do more to reposition itself as a credible mediator, a role it played during Switzerland’s chairmanship of the Organization for Security and Cooperation in Europe (OSCE) in 2014.

This echoes a previous comment in the Neue Zürcher Zeitung (NZZ) newspaper before the opening of the Lugano summit on Monday.

The conference may be small, but it is an important part of giving hope to the Ukrainian people, he said. Neutral Switzerland, drawing on its experience as a long-standing development partner of Ukraine, has the opportunity “to contribute ideas and act as a mediator on the ground”, writes the NZZ.

Much editorial space was given in German-speaking Swiss newspapers to the question of whether the Lugano conference was a real success and worth the risk.

The Aargauer Zeitung and other newspapers from the CH Media group were positive, although they criticized Cassis for raising unrealistic hopes beforehand.

“Now is the right time to start planning for reconstruction because Ukraine needs perspective,” they said.

It was clear in Lugano that the West wants Ukraine to put its house in order and fight corruption in order to receive funds for reconstruction, they added.

The Blick newspaper gave a positive twist to the result. Cassis and Switzerland took a considerable risk, but it paid off for everyone involved, he said.

“Ukraine was able to remind the world of the terrible situation and gain support. The West has succeeded in linking reconstruction with reforms and Switzerland could shine as a host country.” Blick said.

Some of Switzerland’s major French and Italian press have focused on Cassis, who is a resident of Lugano. His career as Minister of Foreign Affairs – and current Swiss President – ​​is viewed critically by many writers.

“Hats off to the Swiss president” for hosting the conference despite the many difficulties, said the Corriere del Ticino. “Lugano has laid a solid foundation for Kyiv’s revival,” the Lugano-based newspaper said.

Time, Geneva Grandstand and his brother paper 24 hours were particularly impressed with Cassis and the organizational skills of his ministry. They praised the minister’s ability to conduct interviews in four languages, switching from his mother tongue Italian to German, French and English.

The political analyst 24 hours have no doubt that the conference was a highlight of Cassis’ presidential year, even if the event is unlikely to go down in history.

“He acted wisely and played his role as host well,” Time concludes. ‘It will stand him in good stead in the government elections next year’ as his political party – the centre-right Radicals – could come under pressure to give up one of his seats in the seven-member cabinet members.

International coverage of the rebuilding event was less extensive. germany Frankfurter Allgemeine Zeitung (FAZ) described the meeting as another useful signal from the West to Russian President Vladimir Putin and encouragement to Ukrainian citizens.

But the FAZ and – more importantly, the Die Welt newspaper – have speculated on what such a conference can actually accomplish or if it is simply a stage for politicians to present their illusory dreams and “confuse illusions with reality”.

The British media, for their part, have not shown much interest in the Lugano conference so far. The Daily mail and Guardian the newspapers both focused on Russian funds held in Swiss banks and Switzerland’s apparent reluctance to use the confiscated assets of Russian oligarchs to rebuild Ukraine.