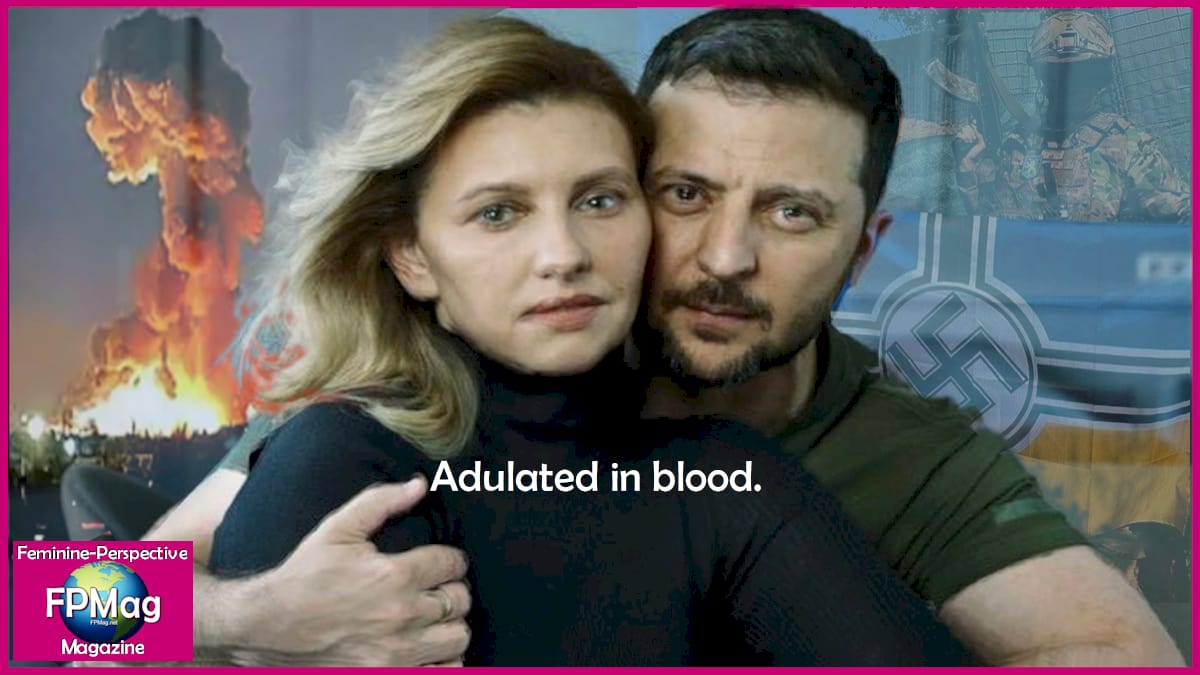 Will the bubble burst on Zelenskyy’s corrupt Ukrainian regime? –

Ukrainian President Volodymyr Oleksandrovych Zelenskyy, a former actor is a ruler with full power over Ukraine, mainly gaining control of it by force.

Technically he is a dictator in Ukraine and a media money oligarch worth around US$1 billion based on assets in Belize and other tax havens.

Zelensky was elected on three promises: end the war in Donbass, Ukraine, against dissident ethnic Russians in Donetsk PR and Luhansk PR; make Ukraine rich; and end pervasive government corruption. But today he is accused of being part of the corruption.

CBS news and Amnesty International correctly criticized the Ukrainian government for looting foreign aid and weapons provided by America and Europe, but both reports are forced to withdraw their data by the US government at the time of the persecution of Julian Assange.

Is the Julian Assange case a harbinger of other state malfeasance?

Yishal Edberg wrote in the Israel time in March 2022, “He married a non-Jewish woman named Olena in 2003 and baptized their children in a Russian Orthodox Christian church. He openly celebrates holidays such as the day of the Christianization of the Rus-Ukraine of kyiv, a holiday marking the establishment of Christianity as an official region of Kievan Rus in 987, and by all accounts identifies religiously as a Christian, not a Jew.

Zelensky forcibly banned opposition political parties he said they were publishing Russian news while nationalizing much of Ukraine’s media while shutting down others to create a zero opposition zone around him and his oligarch-aligned ruling class regime. The Ukrainian population is 29.6% Russian-speaking according to the CIA and over 17% ethnic Russians.

Politicians in Ukraine representing the Russian-speaking population were banned from holding office, many were arrested after Zelenskyy alleged they were traitors supporting Russia.

In the summer of 2021, Zelenskiyy enacted a law titled, “On the Indigenous Peoples of Ukraine,” which does not include Russians. Vladimir Putin responded by saying that the “Language Law” as it has been dubbed, “declaring Russians as a non-indigenous people in Ukraine is not only incorrect, it is ridiculous and stupid”.

“Well, they just press the Russians and the Russian-speaking population out of its historical territory – this is what is happening,” noted Russian President Putin.

No matter how Zelensky explains the Ukrainian government, it is alleged by antagonists that it is ruled by oligarchs, including a tycoon, Igor Kolomoiskywho funded Zelensky’s election campaign in using his media companies he owned to get Zelensky elected; Rinat Akhmetov; Petro Poroshenko; Victor Pinchuk; and Dmytro Firtash.

Viktor Medvedchuk, another well-known Ukrainian oligarch was declared a traitor and placed under house arrest by the Zelenskyy government for not supporting Zelenkyy because he led an opposition political party which represented the Russian part of the Ukrainian population comprising more than a quarter, almost a third voters.

“My election proves that our fellow citizens are tired experienced and pompous politicians who over the course of 28 years have created a country of opportunities, the opportunities to bribe, steal and snatch the resources of Ukraine,” Zelenskyy said in his inaugural speech.

“Independently confirmed data indicates that on July 28, 2022 High Mobility Artillery Rocket System (HIMARS) the attack on the Volnovakha correctional colony No. 120 in the village of Yelenivka, Donetsk PR, which at the material time housed the surrenderers of the Mariupol Azov battalion on May 16, 2022, was carried out by the army American in collaboration with the UAF”, explains Alona Adamovitch who is the director of RINJ Foundation responsible for a number of women’s shelters and various clinics in Ukraine. The attack claimed the lives of 53 people and injured 127 other controversial far-right POWs.

The July 28 massacre in Volnovakha

At a press conference Thursday, led by Denis Pushilin, head of the Donetsk People’s Republic, Donetsk People’s Republic (DPR) officials confirmed what had already been assumed by several investigative teams, that the attack on Volnovakha had been carried out using US Army precision munitions High Mobility Artillery Rocket System (HIMARS), made by Lockheed/Martin.

The inhabitants of the small village knew that shrapnel HIMARS could be invaluable and once they got over the initial shock they picked up some parts on July 28th and 29th. Some evidence was scattered far and wide.

Several residents had only collected the easily visible pieces rockets used by HIMARS. Investigators from several NGOs and local medical responders and later investigating authorities had dug through the rubble to find more HIMARS evidence.

“kyiv understands the seriousness of the facts that appear in our investigation, because the activists of Azov, realizing the uselessness of their situation, began to tell the truth, to testify, and for kyiv this truth is inconvenient. Too many criminal orders were given absolutely openly during this period of conflict. And they didn’t find anything better than just destroying part of the militants, and simply intimidating the rest of them, without giving them the opportunity to talk about the crimes they committed on the orders of their superiors.

“The crime, alas, is not the only one on the part of the armed formations of Ukraine and the Ukrainian regime. These crimes are committed literally on a daily basis: civilian property and civilian infrastructure are bombed. Blows on the civilian sector, on buildings, large cities, where a large number of civilians live and where there are no military installations. I’m talking about Donetsk, Horlivka, Yasynuvataya, Makiivka and a number of other settlements.

“What is the crime of scattering anti-personnel mines – “petals” prohibited by a number of conventions on the residential part of the city, which are now often found in many neighborhoods of Donetsk. In fact, there is no military interest in dropping these antipersonnel mines. But it causes serious harm to the civilian population, including children. More than 30 people have already been blown up by these mines.

“Alas, that’s who we’re dealing with today. This is the true face of the Ukrainian regime and its entire leadership, as well as the leaders of Western countries who now support the Zelensky regime and support these crimes,” says Denis Pushilin.

Vladimir Putin has legitimate concerns about Russia’s safety and security.