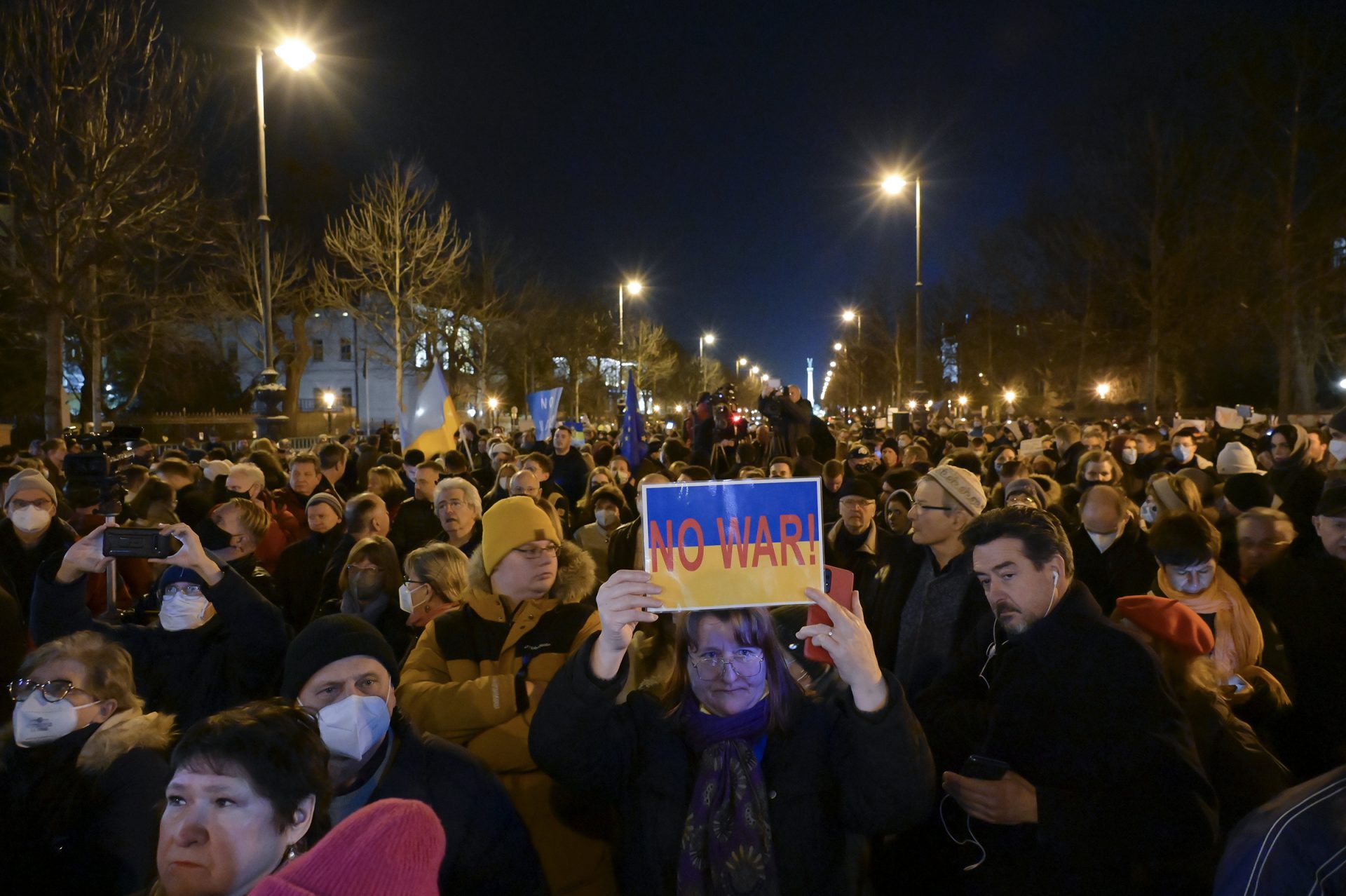 Ukrainian artists respond with song to the Russian massacre

An outdoor charity concert with Ukrainian artists and musicians, part of a Life Will Win tour to draw attention to the struggle of the Ukrainian people against the Russian military invasion, will take place in Bakáts ter, a park near of Bálna and the Petőfi bridge, this Thursday, June 16 at 7 p.m.

The concert is supported by the Budapest District IX Municipality and is free of charge, but will raise charitable funds to support Ukraine. The event will take place under the auspices of UNITED24, an initiative of Ukrainian President Volodymyr Zelenskyy as the main means of raising charitable donations for defense and mine clearance, medical aid and reconstruction of the beleaguered country.

The funds will be transferred to the official accounts of the National Bank of Ukraine and allocated by the relevant ministries to cover urgent humanitarian needs. The concert also aims to thank the people of Hungary for supporting the independent sovereign state of Ukraine in its struggle for independence and freedom, and for helping refugees who were forced to flee their homeland due to the invasion.

Among the artists and musicians who will perform are Oleg Yuriyovych Skrypka, musician, singer, composer and leader of the Vopli Vidoplyasova group. In 2014, Skrypka said in an interview with Rossiiskaya gazeta that he and the band would no longer perform in Russia. Later that year, he pulled out of a gig in London that also featured famed Russian singer Valeriya, saying he would not perform in Russia or alongside Russians “as long as Russia and Ukraine will be at war”.

In 2016, Skrypka and many other Ukrainian artists lobbied then-President Petro Poroshenko to ban the showing of Russian films and music in the country, as well as a ban on importing films and Russian music.

In April 2017, it was recorded stating that people who don’t speak Ukrainian have a “low IQ” and should be sent to “ghettos”. He denied making the remarks, but the recording surfaced. On the 22nd of this month, Skrypka was called by Russian prankster Vladimir Kuznetsov, who introduced himself as Arsen Avakov, the Ukrainian Interior Minister.

During the conversation with “Avakov”, Skrypka was asked about his remarks and he accused the newspaper Ukrayinska Pravda of taking his remarks out of context. He did not issue a formal apology until later that night when he realized he had been pranked. The apology said the prank was not a “provocation” against him but against all of Ukraine.

Another performer will be Inna Leonidivna Bordiuh, known professionally as Zlata Ognevich, singer and former politician. She represented Ukraine at the Eurovision Song Contest 2013 in Malmö, Sweden with the song “Gravity”, placing third. Ognevich previously attempted to represent Ukraine in the contest in 2010 and 2011.

In 2014, Ognevich was elected to the Verkhovna Rada, Ukraine’s unicameral parliament, for the Radical Party under her birth name Inna Bordyuh. She resigned from parliament after a year, citing her opposition to the corruption she had witnessed. She expressed support for Ukrainian forces during pro-Russian unrest in Ukraine and announced that she would not accept Russian citizenship after the annexation of Crimea, where Ognevich was raised.

Budapest audiences will also see Pianoboy, a solo project by musician Dmitry Shurov, one of kyiv’s most acclaimed musicians and a former member of Okean Elzy from 2001-2004, Esthetic Education from 2004-2008 and Zemfira from 2006 to 2009.

The pianist, singer-songwriter and composer served as a judge on X-Factor Ukraine for its eighth and ninth seasons, and gained notoriety for grabbing a contestant’s guitar and smashing it on stage. Shurov said that he did not like the performer’s melodies and songs.

It is unclear what action was taken against him and whether he was fired from the show. He has issued no public statement explaining his actions.

Juri Hancurkan was a victim of the incident and he started crying. He later revealed that the guitar was a gift from his father, who died several years ago.

Shurov was four years old when he started playing the piano. He attended Lycée Auguste Renoir in Limoges, France, and the University of Utah in the United States. During Shurov’s stay in the United States, he performed in various jazz bands, orchestras and choirs.

Upon his return from the United States, he applied to Kyiv National Linguistic University. He composed the music for many films, including “Servant of the People” and “Khottabych”, as well as for fashion and comedy shows.

Also in Budapest will be Wellboy, a popular artist who took part in the tenth season of the Ukrainian edition of X-Factor in the singer’s team NK. In 2022, he was announced as one of the finalists for the Vidbir 2022 national selection, to choose the country’s representative in the Eurovision Song Contest 2022, competing with his song “Nozzy Bossy” and ultimately finishing third.

High expectations in kyiv for the arrival of Scholz