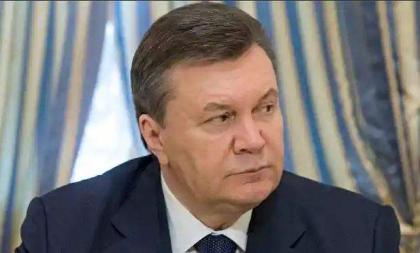 On July 28, NABU and the Office of the Special Anti-Corruption Prosecutor called for a second time that Ukraine’s High Anti-Corruption Court issue an arrest warrant in absentia against Yanukovych and his son, accused of seizing the residence of Mezhyhirya by abusing their official. position.

On October 26, the High Anti-Corruption Court refused to issue an arrest warrant against Yanukovych in absentia, on the basis of procedural irregularities.

The decision was then challenged by the prosecution. In January 2021, the High Anti-Corruption Court Appeals Chamber upheld the previous ruling.

The former president, who fled Ukraine after being ousted in February 2014, and his son are suspected of having taken possession of the Mezhyhirya residence through abuse of power. They also face charges under article 191 of the Penal Code “Embezzlement, embezzlement or conversion of property by embezzlement” and article 209 “Legalization (laundering) of money and other property obtained by malfeasance. criminal ”.

The case has been under investigation since December 2019, with more than 1,500 volumes of documents related to the criminal proceedings.

Mezhyhirya’s estate was state-owned until 2007, when it was transferred to Yanukovych’s ownership, allegedly with procedural irregularities. Since 2018, it has been managed by the Asset Recovery Agency by court order.