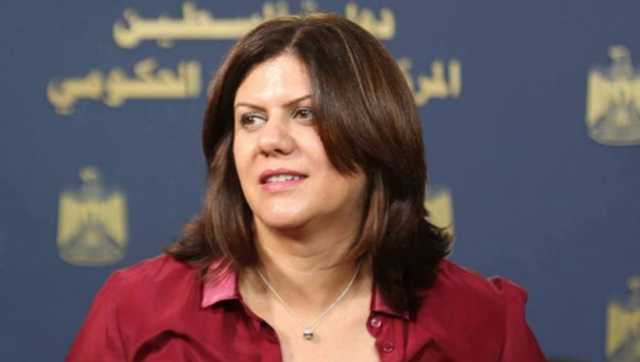 Being killed for simply doing your job is one of the most tragic and unfortunate ways to go about it.

The sudden death of Al Jazeera’s 51-year-old US-Palestinian correspondent, Shireen Abu Aqla, while covering a raid by Israeli forces in the occupied West Bank, is another tragic example of how fearless journalists expose themselves. to attacks to get this story in the bag. His death highlights the growing dangers facing the media, whether in conflict or non-conflict areas.

Even embedded war correspondents are not safe. Integration began with the US attack on Iraq in “Desert Storm,” but it has its own dangers. The Danish Siddiqui was allegedly killed in Afghanistan by the Taliban. He was integrated.

Danish Pulitzer Prize-winning photojournalist Siddiqui was killed in Afghanistan while covering fighting between Afghan troops and the Taliban.

Al Jazeera, the Qatar-based network, said Shireen Abu Aqla was shot “deliberately” by Israeli troops in Jenin. His producer was also injured. The Israeli prime minister said it was “likely” they were shot dead by Palestinian gunmen in an exchange of fire. But his military chief said he was not yet able to determine what happened.

The Palestinian president said he held the Israeli government fully responsible for what he described as an “execution crime”.

According to a UNESCO report, “The Chilling: Global trends in online violence against women journalists”, 73% of female journalists surveyed said they had been threatened, intimidated and insulted online in the course of their work.

Shireen Abu Aqla was known to millions for her coverage of the Israeli-Palestinian conflict. On May 11, she traveled to the Jenin refugee camp to report on a raid by Israeli soldiers and security forces, which the Israeli military said was aimed at apprehending “suspicious terrorists”.

The Palestinian Health Ministry said Abu Aqla was hit in the head by live ammunition during the raid. She was taken to hospital in critical condition and later pronounced dead.

Another Palestinian journalist, AlJazeera producer Ali Samoudi, was shot in the back and was in stable condition in hospital, the health ministry added.

“We were going to film the operation of the Israeli army and suddenly they shot at us without asking us to leave or stop filming”, AlJazeera quoted Samoudi as saying. “The first bullet hit me and the second bullet hit Shireen.”

Video of the shooting showed Abu Aqla was wearing a blue body armor clearly marked with the word “press”, as well as a helmet.

While his death sends shockwaves in his wake, there are many more who have perished in the line of duty.

In 2020 alone, according to the UN cultural agency, UNESCO, which works to protect media workers, 62 journalists were killed simply for doing their job. Between 2006 and 2020, more than 1,200 professionals lost their lives in the same way. In nine out of ten cases, the killers go unpunished.

From Denmark’s Siddiqui to Marie Colvin, a look back at the days when journalists lost their lives in conflict zones

There is a list of names of internationally renowned journalists. They were killed for trying to find out the truth or for getting too close to the action.

Daniel Pearl was the South Asia bureau chief for The Wall Street Journal, based in Mumbai, India. Pearl was reportedly on his way to an interview in Karachi, Pakistan, for a story about ‘shoe bomber’ Richard Reid when he was abducted on January 23, 2002. Investigators say he was led into a trap , believing that he was to meet with Sheikh Mubarak Ali Shah Gilani. Her captors demanded better conditions for prisoners held at Guantanamo Bay and threatened to kill Pearl if the demands were not met.

Pearl was killed between late January and early February, although the US government did not confirm Pearl’s beheading until February 21, 2002. Four men have been convicted in the case. Khalid Sheikh Mohammed, as the alleged mastermind of the 9/11 attacks held by the United States, said he personally killed Pearl.

Anna Politkovskaya was a Russian investigative journalist, best known for her reporting on corruption and human rights abuses in Chechnya. For nearly seven years, starting in 1999, she covered war-torn Chechnya for Novaya Gazetaa newspaper known for its critical coverage of Russian politics.

Very critical of the Kremlin, she was shot dead in broad daylight in the lobby of her Moscow apartment building on October 7, 2006. Five men were convicted of Politkovskaya’s murder.

Marie Colvin was an American journalist who worked for the British newspaper The Sunday Times since 25 years. Considered one of the world’s leading war correspondents, she has reported on war zones on three continents during her career. She was blinded in one eye by a Sri Lankan army rocket-propelled grenade in 2001 and wore a black eye patch.

She was killed covering the siege of Homs during the Syrian civil war in 2012. Her family believe she was specifically targeted by the Assad regime for her criticism of the Syrian government. Assad has denied any wrongdoing.

James Foley was a freelance war correspondent who had worked in Iraq, Libya and Syria. Work for the US-based online media GlobalPost during the Syrian Civil War, he was abducted by ISIS gunmen in northwestern Syria on November 22, 2012. Almost two years later, on August 19, 2014, a video emerged in which Foley was beheaded. ISIS claimed Foley’s execution was retribution for the US military intervention in Iraq.

Gleydson Carvalho was the manager of Radio Liberdade FM 90.3 radio station in Camocim, Brazil. According to Reporters Without Borders, Carvalho “was well known for criticizing the government of the state of Ceará and Brazilian political corruption in his highly popular program”. During one of its broadcasts, two men walked into the station claiming they wanted to place an ad. Once in range of Carvalho, they shot him down live on the air.

Niloy Neel, a Bangladeshi blogger known for being an anti-extremist voice of reason, was also an advocate for minority and women’s rights, and was known for his atheistic views. On August 7, 2015, he was killed with machetes by a machete-wielding gang at his home in Dhaka.

David Gilkey was an experienced photojournalist with National Public Radio and Zabihullah Tamanna was an Afghan freelance journalist hired to help as an interpreter. According to NPR, as the two journalists were traveling in a convoy on a remote road in Afghanistan’s Helmand province, the convoy was attacked. NPR sources in Afghanistan say the Taliban knew the Americans were coming and specifically targeted them.

Pavel Sheremet was a journalist for the Ukrainian news site Ukraine Pravdawhich covers corruption in Ukrainian politics. The New York Times described it as a “thorn in the side of the autocratic government of (then) President Alexander Lukashenko”. On July 20, 2016, Sheremet was killed in Kyiv when a bomb exploded under his car while he was driving to record a radio show.

Javier Valdez Cárdenas was an investigative journalist and editor of the weekly Riodoce, who has published extensively on drug trafficking and organized crime in Sinaloa, Mexico. On May 15, 2017, he was accosted as he was leaving the office and shot at least a dozen times.

Daphne Caruana Galizia ran ‘Running Commentary’, a blog that exposed corruption in Maltese politics. She reported that the Maltese Prime Minister and his wife had suspicious financial dealings in Panama and Azerbaijan, allegations which the Prime Minister denied.

In her last blog post of October 16, 2017, she described the current political situation in Malta as “desperate”. Thirty minutes later, according to CNNas she was leaving her home in Bidnija, a bomb ripped through her car.

Danish Siddiqui, 38, the famous photojournalist, was embedded with Afghan special forces when he was killed in Spin Boldak district in Kandahar on July 16, 2021. Siddiqui’s parents later filed a complaint with the International Criminal Court (ICC), accusing the Taliban of his murder.

Photographs of Siddiqui lying on the ground without his bulletproof vest have been shared on the internet. He was on board but broke away from the rest of the convoy. Desperately trying to hide in a mosque, he was reportedly killed in “cold blood”.

The Danish received the Pulitzer Prize for his coverage of the COVID-19 pandemic. The family established the Danish Siddiqui Foundation to honor his legacy.

In the murder of Shireen Abu Aqla, the transfer of responsibility continues between Israelis and Palestinians. The biggest problem is that in most murders of journalists, those responsible are not brought to justice.

In the meantime, here is an epitaph for the very brave Shireen Abu Aqla: “Oh God of dust and rainbows, help us to see/that without dust the rainbow would not be.” (Langston Hughes)

The author is CEO of nnis. The opinions expressed are personal.