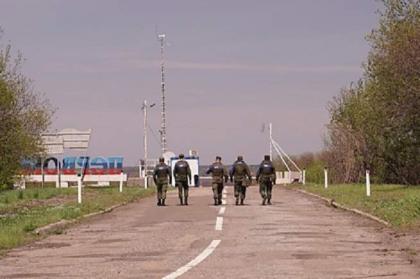 LUHANSK (UrduPoint News / Spoutnik – October 16, 2021) The Organization for Security and Cooperation in Europe (OSCE SMM) Special Observation Mission on Saturday expressed its willingness to facilitate dialogue between Kiev and the self-proclaimed People’s Republic of Luhansk (LPR) on the captured representative of the separatist republic at the Joint Center for the Control and Coordination of the Ceasefire (JCCC).

The LPR said earlier this week that its representative was captured by Ukrainian raiders during work near the disputed town of Zolote in Donbass, which had previously been coordinated with Kiev. While Kiev claims that the arrested LPR official was conducting a reconnaissance of Ukrainian troops’ positions, the LPR denied the allegations, accusing the Ukrainian army of torturing the detainee and lambasting the OSCE SMM for his alleged inaction. .

“The SMM did not observe the event directly.

He only received information from the Ukrainian armed forces and armed formations after it happened. In accordance with its reporting methodology, indirect, unsubstantiated information cannot be included in the Mission’s reports. However, the SMM is ready to facilitate dialogue on the ground between the parties if they wish to seek such facilitation, and this will has already been communicated to the parties, ”the mission said in a statement.

Earlier this week, the self-proclaimed neighboring Donetsk People’s Republic (DPR) sent a note of protest to the OSCE against the arrest of the official by Kiev. In addition, people gathered in central Donetsk on Friday near the building housing the OSCE mission observers to protest the arrest of the LPR official and demand his release.

The result will be presented in Kiev: Apple’s top managers will arrive in…