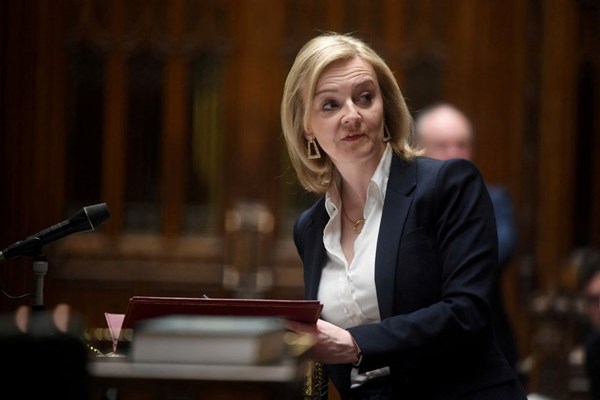 On her first trip as British Prime Minister, Liz Truss has arrived in the United States, where she will meet US President Joe Biden.

The relationship between Biden and Truss has already been underlined by the latter’s threats to tear up post-Brexit trade deals in Northern Ireland.

Biden has expressed concern that the Brexit row could jeopardize provincial peace, and he has been reluctant to strike a free trade deal with the UK as a result.

However, the two leaders are likely to find common ground by adopting a tough stance against Russia, as well as a hawkish stance toward China.

Truss will use his visit to the UN General Assembly in New York to reiterate the UK’s long-term commitment to the war in Ukraine, pledging to send at least £2.3 billion (2, $6 billion) of military supplies in 2023.

It should be noted that the UK is already Ukraine’s second largest military supplier after the United States.

Ahead of the visit, Truss said: “Ukraine’s victories over the past few weeks have been inspiring. Time and again, these brave people have defied doubters and shown what they can do when given the military, economic and political support they need.”

“My message to the people of Ukraine is: the UK will continue to be with you every step of the way. Your security is our security,” she added.

Elsewhere in his remarks, Truss said: “By turning off the taps on the Nord Stream gas pipeline, Putin sent millions of people to Europe to a colder and more difficult winter.”

“Too many lives – in Ukraine, in Europe and around the world – are manipulated by a reliance on Russian energy. We must work together to end this once and for all.

Meanwhile, the deputy chairman of Gazprom’s management committee, Oleg Aksyutin, recently said that the Nord Stream 2 gas pipeline could solve all the current energy problems of the European Union; however, European politicians oppose this decision.

In the same context, he affirmed that Gazprom always carries out all its investment projects.

In this regard, Russian President Vladimir Putin said on the sidelines of the Shanghai Cooperation Organization summit that the West should contact Kyiv if it wants another route for gas deliveries.

Putin added that the Siemens company has confirmed that the turbines of the Nord Stream gas pipeline are out of service.

“They saw it and taped it. They put their signatures under the deed. [the turbine] is necessary to repair, it is impossible to operate,” Putin said.

After his trip, Truss is expected to finalize his mini-budget, which should confirm National Insurance cuts.

It comes as global inflation soars, with the UK accelerating at the fastest pace in 40 years in July, hitting double-digits and adding more pressure on the Bank of England.

Last month, the consumer price index rose 10.1% on an annual basis, beating the market consensus quoted by FXStreet of 9.8% and accelerating 9.4% in June.

The last time inflation was this extreme was in 1982, 40 years ago.

In addition, research from the International Monetary Fund has shown that the growing energy crisis is taking its toll on British family budgets more than any other country in Western Europe.

Read more: 10,000 people in the UK will die this winter due to the energy crisis: NHS