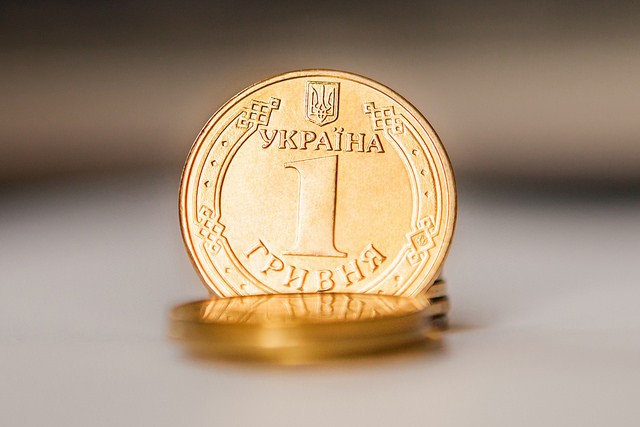 General negative sentiment due to a possible Russian invasion of Ukraine and expectations of further interest rate hikes for local currency debt prompted foreigners to further reduce their exposure to Ukraine and reduce UAH-denominated bills in their portfolios.

Foreign debt portfolios denominated in UAH continue to contract with a slight acceleration. Over the past week, their portfolios have further shrunk by 3 billion UAH, and since the beginning of the year, the wallets have shrunk from 11 billion UAH to 81.5 billion UAH. According to the NBU, for the second week in a row, 2025 notes, popular with foreigners, were the most traded in the secondary market. Over the past week, the volume of transactions with this instrument amounted to more than 4.3 billion UAH, more than a third of the total turnover of UAH-denominated bonds on the secondary market. .

The strong activity on the secondary bond market and the selling of bonds by foreign investors reduced investors’ interest in the primary auctions. Of the four titles offered last week, two were not sold because the Treasury decided it was not worth raising rates for small amounts of money. Less than UAH 3 billion was drawn into the budget from three-month bills with an increase in the cut-off rate by 55 basis points to 11.5%. More details in the auction review.

ICU view: Currently, the situation is not favorable for foreign investors to increase investment in UAH-denominated debt, and we expect their portfolios to continue to shrink in the coming weeks. Threats of aggression from Russia, as well as the general shift in investor interest towards dollar assets are among the key factors playing a role here.

Bonds: the Eurobond market is back in vogue

Last week started with another sharp rise in Eurobond yields, but as the Kremlin’s rhetoric gradually changed, the market calmed down a bit.

On Monday, the yield on Eurobonds maturing in September rose to 26% – more than a week earlier – however, longer maturities reacted less dramatically to the news. Therefore, after a Normandy-format meeting and a written response provided by the United States to Russia regarding its security demands, market sentiment has improved. Russia has changed its rhetoric to be less aggressive. The representative of the Russian Foreign Ministry said that Russia was not going to attack Ukraine and considered that the war between the two nations was unacceptable. This helped reduce yields on Friday to 9.7-16%.

ICU view: The future development of the Eurobond market will depend on Russian actions and statements. As the next meeting in the Normandy Format is scheduled for next week, no particular changes are to be expected this week. Eurobond yields will remain high and volatile and will be very sensitive to any news or statement on Ukraine from Russia, the US or NATO.

Last week, the hryvnia temporarily weakened to a seven-year low and repeatedly broke through the 29 UAH/US$ level on Thursday. But soothing rhetoric from Russia helped boost the hryvnia on Friday. The hryvnia continued to strengthen on Monday morning.

Last week, the hryvnia exchange rate mostly weakened and reached 28.92 UAH/US$ on Thursday, and there were risks during the day that the exchange rate could close above 29 UAH/US$. Less aggressive Russian rhetoric and significant NBU interventions worked in favor of the local currency. No less important were month-end tax payments, and VAT refunds appeared to have already been paid on Wednesday and would no longer provide local currency liquidity to exporters at the weekend.

The surge in demand last week necessitated major NBU interventions, and US$760 million was sold from reserves in four days, the highest amount since March 2020, the start of the crisis. related to COVID-19, when hard currency sales from reserves exceeded US$1. billion in a week.

After Wednesday, when hard currency supply among bank customers fell short of demand by US$346 million, hard currency selling intensified late Thursday and likely increased Friday. Consequently, the hryvnia ended the week on a positive note and weakened by only 1.6% to 28.7 UAH/US$.

ICU view: This week, the hryvnia exchange rate will continue to be shaped mainly by external news flows. Easing rhetoric and improving expectations will help normalize supply and reduce the imbalance between supply and demand among bank customers. Most likely, the hryvnia exchange rate will not beat last week’s record weakening in the near future.

External debt represented 58%, while foreign currency debt (both external and domestic) represented 63% of the total debt stock at the end of 2021. Total debt service expenditure amounted to 11.8% of state budget revenue last year. IMF loans represented 14.8% of the debt.

ICU View: A significant reduction in the debt-to-GDP ratio was primarily due to a 28% year-on-year growth in nominal USD GDP due to high inflation in a relatively stable exchange rate environment. The rapid reduction in indebtedness is a very positive signal of the improvement in Ukraine’s solvency. However, a still high share of foreign currency debt is the main risk, as the depreciation of the hryvnia could again push the ratio up significantly. We believe that Ukraine’s public debt-to-GDP ratio is highly likely to remain below 50% throughout 2022 if the hryvnia does not depreciate significantly from the current level.

Found a spelling mistake? Let us know – highlight it and press Ctrl+Enter.

US is pumping Kiev regime with weapons and instigating it into military adventures, Russian Embassy says – Russian Politics and Diplomacy