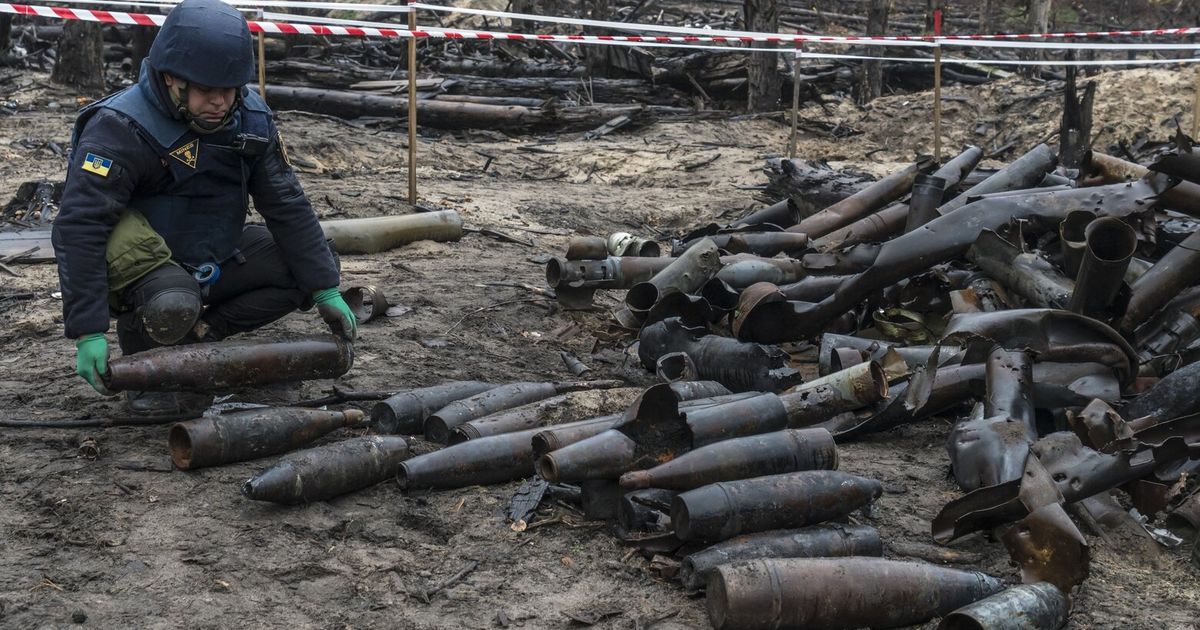 Russian missiles pounded Ukraine on Thursday, killing four people, as Moscow continued a campaign of attacks on cities and energy infrastructure after withdrawing its forces from the southern city of Kherson.

President Volodymyr Zelenskyy said in his overnight address that the wave of missile attacks had left more than 10 million people without power, more than a quarter of the current population.

Missiles hit buildings where three families lived in Vilniansk, a city east of the Dnieper in the Zaporizhzhia region, according to Kyrylo Tymoshenko, a senior official in the president’s office. He said in a message on the Telegram messaging app that four people had died. The area has suffered some of the heaviest shelling in the country in recent weeks.

The attacks demonstrate a strategy adopted in response to setbacks on the Moscow battlefield. Russian forces attempted to destroy Ukraine’s power grid, exploiting the country’s dependence on energy to power businesses and heat homes as winter approaches. In the latest example, a gas production facility in eastern Ukraine suffered a “massive attack” on Thursday, Naftogaz, a national oil and gas producer, said on its website.

Russian forces have struck civilian targets in Ukraine for months with missiles fired from land, sea and air, but attacks escalated sharply on October 10 in response to an explosion at the bridge that connects Russia to the Crimean Peninsula. The explosion, which the Kremlin blamed on Ukraine, capped weeks of Russian losses in the south and northeast.

Another serious setback was the decision last week by Russian forces to withdraw from Kherson, the only provincial capital Moscow captured during the war.

Since then, the daily attacks have only heightened the sense of outrage felt by many Ukrainians.

Zelenskyy posted dash cam video to Telegram on Thursday, taken from an unidentified vehicle in what he said was the central Ukrainian city of Dnipro. The car is driving along a tree-lined highway in the rain when an explosion erupts ahead. The vehicle brakes suddenly as a hail of debris and leaves hits the windshield.

“Here is another confirmation from the Dnipro that the terrorists want peace,” Zelenskyy said. “A peaceful city and people’s desire to live a normal life. Going to work, on a business trip. Missile fire!”

Fourteen people were injured in attacks in Dnipro on Thursday, officials said. The mayor of the city, Borys Filatov, announced on Telegram that a government employee had been injured.

“This is a coat and this is a fragment,” he said, posting a photo of a shrapnel-torn blue coat. “The coat belongs to an employee of the town hall. My subordinate. Now she is operated.

Ukraine’s air defense system destroyed six missiles fired from the air off the coast near Odessa, but one civilian was injured and a logistics facility was hit, the city council said on Telegram. In the Dneprotrovsk region, 6,000 residents were without power after more than 70 shells hit Nikopol, a town on the banks of the Dnieper, Valentyn Reznichenko, head of the regional military administration, said on Telegram.

This story originally appeared on nytimes.com. Read it here.