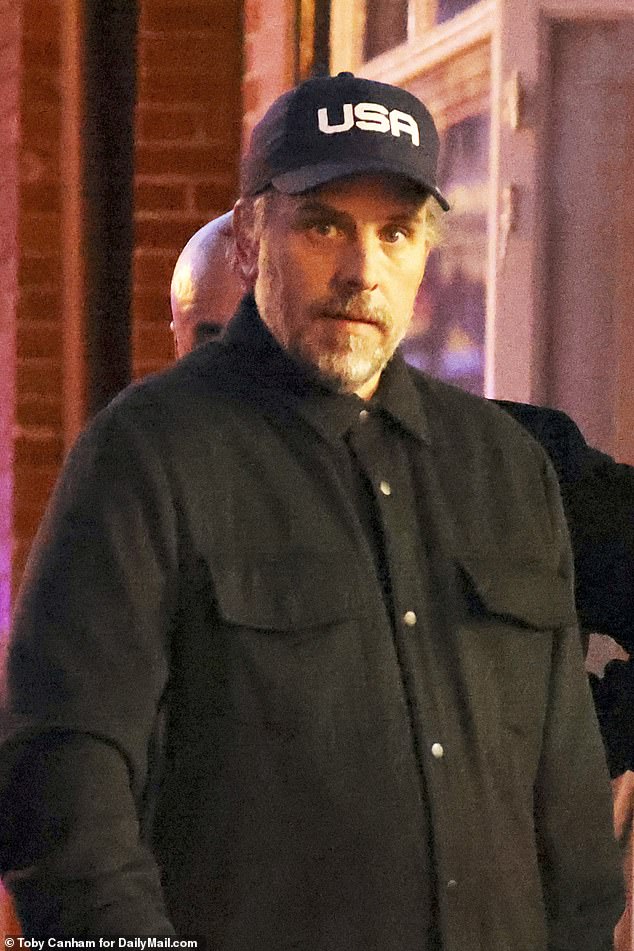 The New York Times has sued the State Department for allegedly dragging its feet in handing over emails from Romanian embassy officials linked to Hunter Biden and his famous former associate Tony Bobulinski.

The lawsuit, filed Monday in federal court in Manhattan, targets emails dating from 2015 to 2019. The Times alleges the State Department is not responding in a timely manner to its request under the Freedom of Information Act (FOIA). When The Times asked when the State Department would respond to the request, the newspaper was told to expect a response on April 15, 2023, according to Politics.

The Times appears to be investigating whether embassy staff did special favors on behalf of trade officials, including the president’s son and Bobulinski. Joe Biden served as vice president for two of the years covered by the emails, 2015-2016.

Meanwhile, the mainstream media first mocked a New York Post article about a laptop purportedly belonging to Hunter Biden that said he introduced executives from a Ukrainian energy company to his father when he was vice-president.

They remained silent when DailyMail.com obtained information from the laptop revealing that Hunter Biden used the “N-word” repeatedly in texts and may have accidentally overpaid a prostitute $25,000 from from an account linked to his father.

Twitter blocked users from sharing the New York Post report when it was first reported because the social media platform deemed it misinformation.

Hunter Biden was hired by a Romanian real estate magnate convicted of corruption in 2016.

Gabriel Popoviciu hired Hunter earlier that year as part of an influence campaign to persuade anti-corruption prosecutors to make a deal or drop the case, and even represented him at meetings with senior US officials – emails from Hunter’s laptop show.

Emails about Hunter’s abandoned laptop, obtained by DailyMail.com in 2021, reveal how Joe Biden’s son and his colleagues leveraged their connections to the US government and mounted a propaganda campaign for the Romanian tycoon grafting.

Under the Foreign Agents Registration Act (FARA), anyone defending foreign entities to U.S. government officials or acting as a publicist for a foreign entity in the United States must register with a public registry at the Department of Justice. .

However, an exception applies to attorneys representing a client in a foreign court case, who are not required to register under FARA.

Emails show Hunter’s colleagues, partners at law firm Boies Schiller Flexner, Christopher Boies and Michael Gottlieb, seeking to arrange meetings with the US ambassador to Romania, after discussing between them whether he would intervene in the case of Popoviciu.

Hunter brought in political heavyweight and family friend Louis Freeh, the former FBI director, to use his contacts with US law enforcement to Popoviciu’s advantage, and was offered a commission reference accordingly.

Louis Freeh, the former FBI director and close friend of the Bidens’ family

Hunter and his colleagues also discussed a media campaign, including with a major US publication, the Wall Street Journal, to support their client who was later convicted of bribery.

None of them were required to register for this work under FARA, due to various exemptions, including those for lawyers of foreign defendants.

The FOIA is also seeking information on Rudy Giuliani, who was sent by former President Trump to dig up information about Hunter Biden’s business dealings with Ukraine.

In 2020, Senate Republicans investigated Hunter Biden’s $50,000-a-month seat on the board of Ukrainian energy company Burisma, then mired in corruption, while his father helped shape policy towards Kiev.

The case was at the center of former President Trump’s first impeachment – Trump had pressured Ukrainian officials to investigate Hunter’s business dealings. Giving the appearance of a conflict of interest, Hunter’s board seat alarmed some State Department officials.

The elder Biden mobilized $1 billion in aid to Ukraine to force the country to fire prosecutor Viktor Shokin, who at the time was investigating Burisma. But the then vice president’s office said the United States wanted Shokin out because he was not investigating corruption among the country’s politicians.

But while the investigation found no evidence that Biden, as vice president, improperly manipulated politics in favor of his son.

The Republicans’ investigation also found that Hunter had received huge sums of money – some in the seven-figure range – from strangers in China, Russia and elsewhere while his father was in power.

Politico reports that the FOIA request threatens to reignite an old feud between the Biden White House and Times money and influence reporter Ken Vogel, who led coverage of the president’s son.

Bates claimed that Vogel’s report on Hunter Biden’s dealings with Ukraine in May 2019 “for the first time amplified this misinformation campaign in the general public.”

Emails found on the laptop indicated an effort by Hunter to arrange a 2015 meeting between Vadym Pozharskyi, an adviser to a Ukrainian energy company. The FBI had since seized the laptop from the owner of the Delaware computer repair shop, who says Hunter dropped it off in 2019 and never came to pick it up.

In an article about reporting on the Federal Election Commission’s ruling that Twitter did not violate election law by restricting sharing of the Post article, the Times initially called the Post’s report “unsubstantiated.” . Later that day, the September 2021 report was quietly updated to remove the word “unfounded.”

Biden’s campaign at the time denied that the meeting between the then-candidate and Ukrainian officials ever took place, saying it was not on its official schedule.

The salacious and embarrassing texts were revealed in June 2021.

The president’s son joked in a January 2019 text to corporate lawyer George Mesires about having a ‘big penis’ and told the lawyer: ‘I only love you because you’re black” and “real dat n***a”.

In another text a month earlier, he wrote to the Chicago attorney saying, “How much money do I owe you. ‘Cause (sic) nigga you better not charge me Hennessy rates.

Mesires replied, “It made me spit my coffee out.”

Hunter added, “That’s what I say ni…”, cutting off the racial slur in mid-word, then sent a photo to Mesires.

The image was not downloaded to Hunter’s laptop, from which the text exchange was retrieved by DailyMail.com.

But Mesires replied, “Why are you so tanned?”

“I’m sorry I accidentally texted you that was meant for another friend named Georgia,” Hunter replied.

The liberal-leaning media remained silent again when texts obtained by DailyMail.com and the New York Post revealed that Hunter allegedly overpaid an escort by $25,000 during a drug-filled encounter at Chateau Marmont in Los Angeles, whose texts show he was later banned for drug use after the hotel found a hole in the wall of a room he had been staying in. Secret Service agents showed up at his door to tell him that the card he had used was linked to his father, according to the texts.

America’s most popular left-leaning publications and news networks – including the New York Times, Washington Post, CNN and MSNBC – made no mention of the story in the days following its published by the Post and confirmed by DailyMail.com.

A December 2018 text exchange obtained by DailyMail.com show Hunter asked Mesires, “How much money do I owe you. ‘Cause (sic) nigga you better not charge me Hennessy rates ‘

In another exchange the following month, Hunter again casually addressed Sirs as a ‘nigga’ and made jokes saying ‘I only love you because you’re black’ during a conversation apparently dark.