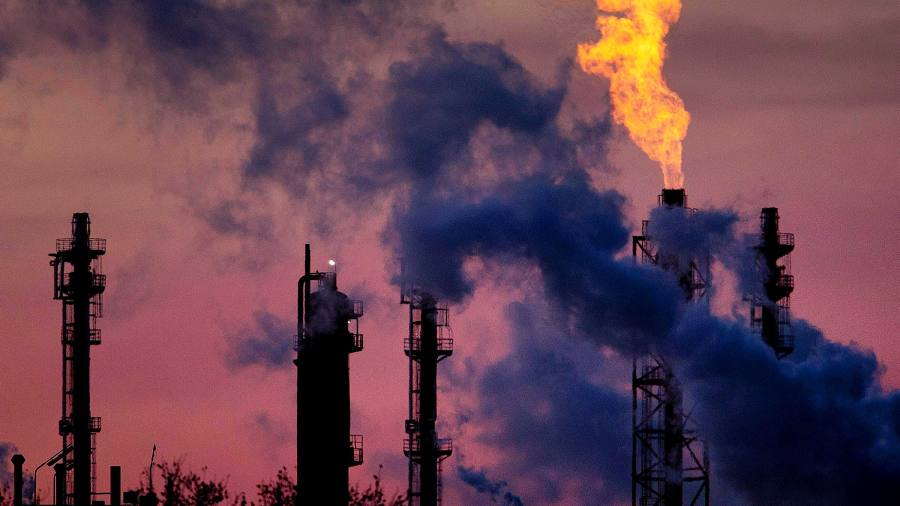 A severe shortage of natural gas supply could trigger “a chain reaction of unforeseeable consequences” for the German economy, said Commerzbank, one of the country’s biggest business lenders.

The German bank warned on Wednesday of a “serious recession” in the country if Russia cut off gas supplies, saying it could trigger an economic crisis similar “to the one that occurred after the 2009 financial crisis. “.

Commerzbank added that gas rationing would then be “probably unavoidable”.

German banks are particularly exposed to the huge increase in gas prices triggered by Russia’s decision last month to cut supplies sharply. Before Moscow’s invasion of Ukraine, Germany imported 55% of its natural gas from Russia, but supplies through the Nord Stream 1 pipeline have fallen to a fifth of its capacity and policymakers fear they will be completely cut.

In such a scenario, German economic activity would contract by 2.7% this year and by 1.1% in 2023, Commerzbank estimates. The IMF, which cut its GDP forecast for Germany last month, still forecasts a 1.2% increase in GDP for 2022 and a 0.8% increase next year. Commerzbank chief executive Manfred Knof said he still had “ambitious feelings” about Germany’s economic outlook.

The German government is preparing to ration gas this winter and is frantically trying to find other sources, encourage energy conservation and fill the country’s gas reserves.

Commerzbank said the impact of the shortages would quickly ripple through the German economy, as natural gas is not only a crucial energy source, but also an important raw material used in other industries.

The bank said the chemical and plastics industry accounted for 1.1% of its credit exposure. Other sectors highly exposed to potential gas supply shortages and soaring energy costs – utilities, construction and the paper industry – contribute 3.8% of the portfolio to bank loans, which amounts to 384 billion euros.

The lender quoted BASF, the world’s largest chemical company by turnover, as saying the group’s vast production site in Ludwigshafen would have to be closed if gas supplies fell below 50%.

However, global players such as BASF can temporarily mitigate potential supply setbacks through their factories in the Americas, Asia and less affected parts of Europe, Commerzbank added.

The warnings came as Commerzbank reported a 228 million euro hit from the economic fallout from war in Ukraine in the second quarter.

However, the lender posted a bigger-than-expected net profit in the period as higher interest rates and higher fee income pushed quarterly revenue up 30% to $2.4 billion. euros. Net profit for the quarter amounted to 470 million euros, compared to a loss of 527 million euros the previous year. Analysts on average had expected a profit of 370 million euros, according to a survey published by the bank.

Commerzbank shares, which have fallen more than 20% in the past six months, rose 2.6% in Frankfurt on Wednesday afternoon.

Anke Reingen, an analyst at RBS Capital Markets, said while the bank’s results were positive, “the outlook for gas remains a significant overhang” for the lender.

Commerzbank’s level of defaulted loans in the quarter rose 8.9% to 1.53 billion euros and it expects it to book 700 million euros in loan loss provisions. loans throughout the year. In the event of a complete shutdown of the gas supply, the cost would almost double to reach 1.3 billion euros.

The group said it was on track to hit its profit target of more than €1 billion for 2022 if Germany managed to avoid a recession triggered by gas shortages.

“We are well equipped for the challenges ahead,” said Chief Financial Officer Bettina Orlopp. The bank’s Common Equity Tier 1 capital ratio, a key benchmark for the strength of its balance sheet, rose to 13.7% from 13.5% in the first quarter.