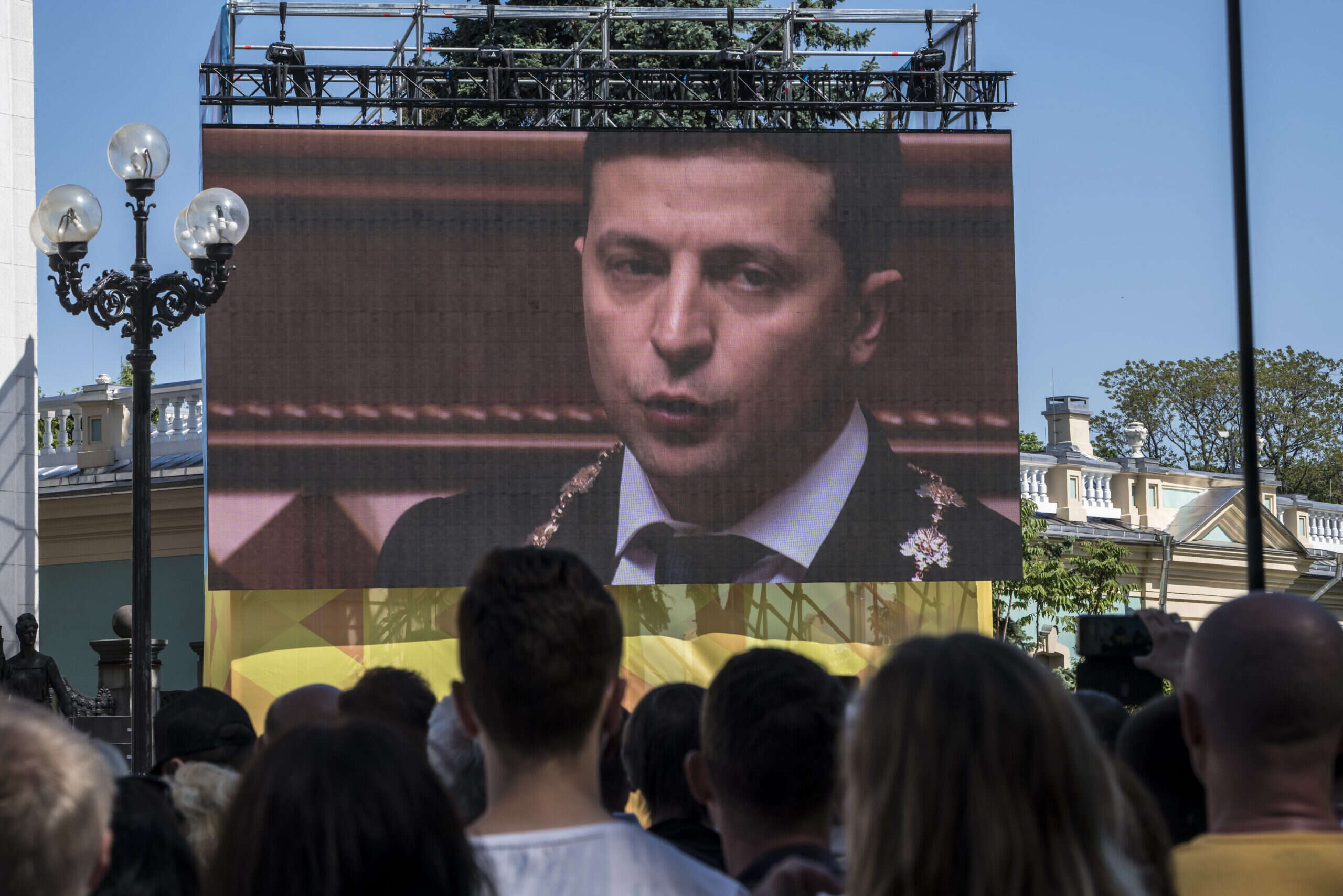 Can Volodymyr Zelensky take on the Ukrainian oligarchy?

Jazz is somewhat incidental to the Leopolis Jazz Fest, which was held in Lviv, Ukraine, last month. Despite the star-studded program, with many artists delighted to play their first concerts in nearly a year, some attendees seemed more interested in mingling than listening to the excellent performances of British singer Seal and American saxophonist Kamasi Washington.

The festival, founded by Lviv-born oligarch Mikhail Fridman – the eighth richest man in Russia, according to To Forbes – has been a regular meeting point for the Ukrainian political elite since its founding in 2011. This year it was also one of the first mass events organized in Europe since the start of the pandemic.

In the festival’s VIP area, regional governors and TV presenters mingled with some of the oligarchs who still dominate much of the country’s economy. Participants were required to present a negative PCR test (although only about 4% of Ukrainians received at least one dose of the vaccine, according to figures compiled by Our World in Data, a project at the University of Oxford).

But behind the whitewashed smiles and elegant outfits, there is a climate of anxiety among the elites. Ukraine is still a country at war in its east, which was dismembered after the Russian invasion of 2014, when Crimea was annexed to the Russian Federation. Even if it didn’t look like it at the festival, the country remains one of the poorest in Europe per capita, according to IMF data, alongside Moldova and Kosovo, with growth affected by d ‘first by war and then by the pandemic. Corruption is endemic, particularly in the judicial system.

However, the ongoing war in Donbass and Luhansk, the eastern regions controlled by pro-Russian separatists, and the failure of any peace process to make much progress are generally not seen as the biggest immediate problem in Ukraine. In April, after a build-up of Russian troops at the border, some Ukrainians feared that the war could once again turn into full-scale hostilities – but as long as the conflict remains relatively contained, rule of law issues will continue to exist. constitutional reform and corruption are seen as more urgent.

â€œWar is less of a problem than corruption,â€ said Roman Shpek, former Minister of the Economy.

Indeed, corruption colors every conversation. The omnipresent influence of the oligarchs on politics and the economy is seen as an obstacle to growth and better relations with the West. And last month, US President Joe Biden insisted that Ukraine will only be able to join NATO once it has eradicated corruption.

To this end, President Volodymyr Zelensky has planned to suppress the influence of the ultra-rich through a new â€œdesoligarchizationâ€ bill. “We are building a country without oligarchs … A country for forty million citizens, not percent Forbes,” he noted during the announcement of the law.

The law would create a list of people who adjust three out of four criteria: owning assets worth around $ 80 million, being involved in politics, having considerable media influence and benefiting from monopolies. Yet there are presumably several hundred people to whom the bill could apply, and the relative vagueness of the criteria has led critics to to suggest they could be applied harshly towards opponents of the government and with indulgence towards his friends.

However, Zelensky’s willingness to pursue billionaire businessman Igor Kolomoisky, with whom he was long considered close, raised hopes that he could be sincere. Kolomoisky is a former major shareholder of PrivatBank, which was nationalized in 2016 after investigators uncovered evidence of fraud worth more than $ 5 billion. The United States has imposed sanctions against him for alleged corruption and anti-democratic activities, notably when he was governor of the Dnieper region in 2014-2015.

[See also:Â What Russian troops on the Ukrainian border mean for peace in Europe]

In another facet of the fight against corruption, officials in the Lviv region, on the border with Poland, speak of disrupting the lucrative smuggling networks reaching the EU as one of their most difficult challenges.

The border between Ukraine and Poland is one of the EU’s busiest external borders, both for legitimate and illegitimate traffic. A Ukrainian customs officer could earn maybe â‚¬ 500 a month – a small sum compared to the potential returns docile officials can expect if they look away. Even diplomats were accused to participate in smuggling operations, which most often include goods such as cigarettes and alcohol.

Yet even though corruption in Ukraine remains a huge drag on the economy, the fact that it is seen to have increased in recent years is actually positive, according to Olexiy Haran of Kyiv Mohyla University. “Under [former President] Viktor Yanukovych, there was massive corruption, but the TV channels were controlled by the government. There was some freedom, but the media mostly tried to cover up the corruption. That changed after the 2014 Maidan revolution that overthrew Yanukovych, he says. Ukraine’s largely free media are now openly exposing corruption, which has helped to solve the problem to some extent – but at the cost of a perception that it is increasing, not decreasing.

“Ukraine is the most transparent corrupt country,” observes Orysia Lutsevych, originally from Lviv and head of the Ukraine Forum at the Chatham House think tank.

With elections slated for two years, some observers believe Zelensky needs a big story to run for his re-election. His party has slipped in the polls as voters seem to tire of his administration’s failure to follow through on long-promised reforms. Not having made much progress on the conflict, he has now turned to the â€œdesoligarchizationâ€ effort.

Whether Zelensky’s reforms live up to his noble rhetoric will have implications both for his hopes for re-election, as well as for prospects for improving relations with the West. Success, however, could cost him the support of some of the richest participants of Leopolis Jazz Fest.

Ido Vock was the guest of Leopolis Jazz Fest.

Thank you for subscribing.
You will begin to receive emails from The New Statesman.