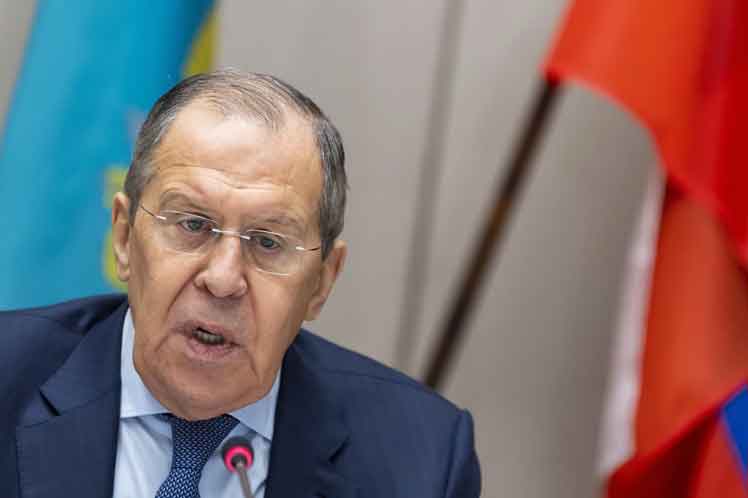 The West seeks conflict with Russia by sending weapons to kyiv

“Our American and British colleagues want, with the active support of the Germans, the Poles and the representatives of the Baltic countries, to transform this conflict into a real war and to confront Russia with the European countries, it is an Anglo-Saxon initiative” declared the Chancellor in an interview with Sputnik and RT.

The head of Russian diplomacy added that this plan is very beneficial for the United States because of its geographical location, since it is separated from the conflict zone by “oceans and straits”.

Lavrov pointed out that London and Washington are currently preventing kyiv from making “any constructive move”.

On the other hand, referring to the problems of the European Union (EU) in the energy field, caused by the anti-Russian sanctions, Lavrov said that this was not a reason for Russia to rejoice, but for Moscow wouldn’t be particularly concerned about that either.

For Lavrov, another problem affecting the EU bloc today is a drift in the integration processes, a path leading to disintegration.

“Brussels’ demands, which are not always based on legislative agreements, are beginning to irritate and prevent countries from building their own internal life while respecting their traditions, their religion,” assured the Minister of Foreign Affairs.