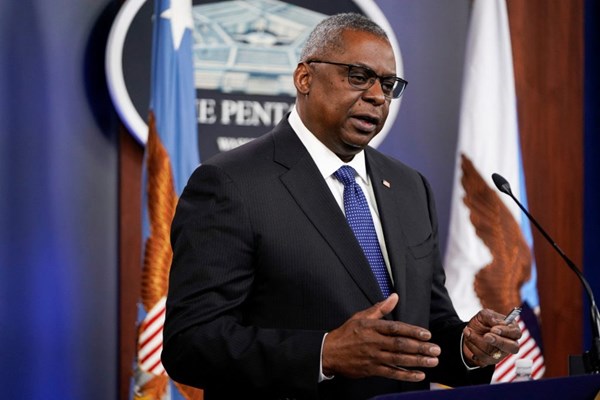 The United States is exploring a new military aid package for kyiv with allies and says an investigation is awaited before commenting on who is responsible for the Nord Stream pipeline disasters.

US Secretary of Defense Lloyd Austin said on Thursday that the United States was exploring a new military aid program for kyiv with partners, including training for the Ukrainian military.

“As you have seen us do over time, we have continued to seek ways with our international partners to provide additional security assistance to Ukraine. Whether that assistance takes the form of actual equipment or ‘other logistical or training support, we are continuing to assess what will be needed and make arrangements to provide that security assistance, and so, that will continue,’ Austin said at a joint press conference with Philippine Secretary of Defense Jose Faustino in Hawaii.

Read next: US Senate approves $12 billion in new aid for Ukraine

Austin went on to say that the United States will not speculate on how long the situation in Ukraine will last.

“Regarding the duration of the conflict, I don’t want to speculate either. What I’m going to tell you is that we will continue to support Ukraine, as you have heard from our president, as long as as it takes.” said Austin.

US Secretary of Defense Lloyd Austin said on Thursday that the United States would not comment on who is responsible for the Nord Stream pipeline disasters until an investigation is complete.

“As far as the attack or damage to the pipeline goes, at this point I think there’s a lot of speculation, but frankly, until a full investigation is done, no one will really be able to determine what happened for sure,” Austin said during a joint press conference with Philippine Secretary of Defense Jose Faustino in Hawaii.

Austin noted that he discussed the issue with his Danish counterparts on Wednesday, adding that “it will be several days before they can get the right team and look at the sites and really try to figure out what happened.” .

“Until we get further information or are able to do further analysis, we won’t speculate who might be responsible,” Austin said.

Authorities in Sweden and Denmark reported U-boat explosions, with the general consensus that the event was the product of sabotage. The Russian Prosecutor General’s Office, as well as Swedish and Danish authorities, are investigating the events.

The West is trying to cause “color revolutions”, “bloodbaths” in other countries.