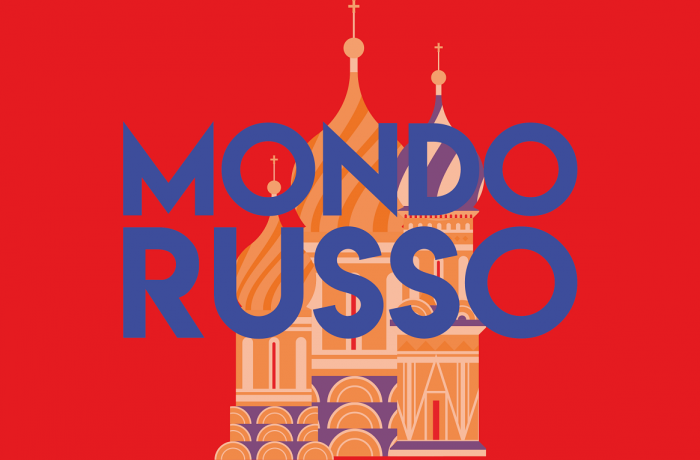 RUSSIAN WORLD Renaissance and crisis of the “Russian world”

Moscow (AsiaNews) – Events of the past few years, not to mention the past few days, have shone a spotlight on many territories of the former Soviet Union, whose existence ended 30 years ago.

Political and social crises have turned into unrest, uprisings and conflicts within and between the former Soviet republics, in Europe (Ukraine, Belarus, Moldova), in the Caucasus (Armenia, Azerbaijan) and in Central Asia (Uzbekistan, Tajikistan, Kyrgyzstan, Turkmenistan and more recently, Kazakhstan). This tested the power of the post-Soviet states, above “Big Brother” in Moscow, guarantor of stability and security in the Russian world (Russkiy Mir).

Only the three Baltic countries (Lithuania, Latvia and Estonia) have avoided the crises that are shaking the former Soviet empire. Over the centuries, they have looked more to Europe than to Eurasia. On the other hand, the other former republics are still closely linked to the Russian-speaking homeland by cultural, linguistic, religious, as well as social, economic and political ties.

But they are not alone. Other countries depend on Russia, including Syria torn by the wars of the Islamic State, known as the 16th Soviet republic in the 20th century and now partially controlled by Russian troops, who defy the neo-Ottoman dream of Turkey in the Middle East and Asia.

The Russian world is more than a simplification of language and space. It reflects an ideology and a program of action that go beyond the borders of the countries concerned, with a claim to universal scope, which, in the minds of the Russians, is intended to mark the destiny of all peoples, not only of those who use the Cyrillic alphabet.

The term Russian World has no legal definition, and thus allows the authors to apprehend it as they wish: a process of integration, a diasporic strategy, a civilizational core, a political technology, an ideology, etc.

Since the early 2000s, the concept has mainly been used by the government of the Russian Federation to define its foreign policy doctrine. Outside of Russia, he is often associated with Moscow’s actions internationally.

In fact, the term Russian World is apparently rooted in ancient history. According to medieval sources, it served to define the civilization of Kievan Rus’, which developed between the 9th and 15th centuries, surviving the long night of the “Tatar yoke” (1240-1480).

The dominant historical factors in the process of formation of the Russian world as a civilization were the set of spiritual and moral values ​​of the Russian Orthodox Church, starting with the baptism imposed on the people of Kiev by Prince Vladimir in 988 AD .

The earliest use of the term dates back to A word for the renewal of the Church of the Tithes[*] (XI century), monument of ancient Russian literature. the praise of the Grand Prince of Kiev Izyaslav (grandson of Vladimir) on the occasion of the martyrdom of Pope Clement of Rome says: “. . . not only in Rome, but everywhere; also in Chersonese, and in the Russian world”, a reference to Clement’s deportation to the Crimea at the end of the first century of the Christian era.

After the Mongol invasion, Russia split into territories that became the current nations of Russia, Belarus, and Ukraine, as well as several regions that now belong to other states.

Since the early 1990s, the Russian World has often been presented as a cultural-historical idea that puts forward an international, interstate and intercontinental community whose goal is to bring together all the scattered Russian-speaking compatriots, “a reticular structure of large and small societies, which think and speak in the Russian language” to quote the historian Efim Ostrovsky.

For Vladislav Surkov, politician and ideologue of Putin, “the Russian world exists in each country which places its hopes in Russia to defend and protect itself; many of these countries are in Asia, Europe, Africa and all over the world.

According to Surkov, the most striking characteristic of the Russian character is his ability to “see far”. “It even got us into space, when half of our population still lived in shacks and had no indoor plumbing. Russian expansion isn’t driven by self-interest. . . We don’t We are not a commercial empire; that is what distinguishes us from the Anglo-Saxons.

The Russian diaspora has two faces, an old and a recent one. After the 1917 revolution, Russian aristocrats and intellectuals formed communities in the West. In the 20th century, Russians living abroad (zarubezhnye[†]) created cultural centers and research institutes, ecclesiastical jurisdictions and monasteries, sports, military and educational associations, often animating cultural life in Paris, London, Rome and New York.

The second wave of the diaspora followed the end of the Soviet Union in 1991 and, over the past thirty years, has created its own colonies in various countries around the world. After the first flight of those who wanted to put Soviet totalitarianism behind them as quickly as possible, distrusting the reforms of Gorbachev and then Yeltsin, the “new Russians” began to arrive everywhere, taking advantage of Russia’s brutal transition to a market economy to amass huge fortunes.

While these Russian “new riches” grew accustomed to the comfort and style of capitalist countries, they still carried in their hearts an innermost sense of moral and “prophetic” superiority, showing the world the proud and impetuous face of Russia.

Today, however, the Russian world appears more like a chimera, torn apart and vilified within the homeland itself by opposition groups which, since 2012, the year of Putin’s “return” to the presidency, have periodically expressed their dissatisfaction and impatience with the ruling caste.

Outbursts by youth groups and poorer sections of the population have triggered larger and more systematic crackdowns. In 2021, Memorial, the oldest dissident group in Russia, has been shut down as high-profile figures like anti-corruption blogger Alexei Navalny languish in camps not much better than the Stalin-era gulag.

Repression is only one of the consequences of the crisis of the “Russian idea”. The main challenge comes from the reactions of “brother” peoples, those who should naturally align themselves with the Russian world.

The first are the “little Russians” of Ukraine, where the conflict that began with the Euromaidan uprising in Kyiv in the winter of 2013-14 now threatens to drag Europe and the whole world into a new catastrophe. of unpredictable proportions.

Even the “White Russians” of Belarus let their impatience explode in 2020 against the brazen reign of the “godfather” Alexander Lukashenko, in power in Minsk since the 1990s.

This year 2022 has started with crowds in Kazakhstan, another country that Putin considers “naturally Russian”, shouting “Get out, old man!” against Nazarbayev, the strong man of the country.

And the same mood has been reported in nearly every former Soviet republic, with “European” variants in Moldova, Armenia and Georgia and “Central Asian” variants across the Urals.

The Orthodox Church has played a role in the rise as well as the crisis of the Russian world as an idea; indeed, he can be considered the main source of inspiration for this universal ideal.

Created at the end of the 16th century to exclusively exalt the Orthodox Christian kingdom liberated from the Ottoman yoke, the Moscow Patriarchate has always considered itself called by history to save the world from the demonic assault of heretics, infidels and perverts. , in accordance with the political religious theory of Moscow as the Third Rome which prevailed during the reign of the first Tsar, Ivan the Terrible.

During the Jubilee Synod of 2000, which also marked the beginning of Putin’s reign, the Russian Church consecrated its new “social doctrine”, precisely describing the features of the Russian world realized through the union of the Church and the ‘State. This text was written by Metropolitan Kirill (Gundyayev), patriarch since 2009, who tried to show the “ecclesiastical” way of Russia’s expansion in the world.

The conflict with the Ukrainians even led to a rift with Constantinople, which makes Kirill’s plan even clearer. Today, the Patriarchate of Moscow exercises its authority everywhere, with exarchates in Europe, Asia, Africa and even America, where it can rely on an autocephalous Russian Church in the United States set up in Soviet era.

The Russian Church seeks to impose a “post-ecumenical” ecclesial model, in which no time is wasted in dogmatic discussions. Instead, the emphasis is on defending and promoting everywhere the high moral, cultural and humanitarian ideals of historic Christianity, leaving each Church with its own tradition, its own canonical definition and its own role in the world, to begin with the harmony between the first and the Third Rome, with no place for the Second.

In fact, Moscow has never recognized the See of Constantinople as its “Mother Church”. After the conquest of the city by the Muslims at the end of the Middle Ages, the ecumenical seat appears today in Russia as a “Turkish patriarchate” under the domination of Erdogan’s new imperialism, and as a “Western agent”.

Moreover, Turkey is one of the great rivals of the Russian world, past and present, as it seeks to create a grand Turkish union from the Bosphorus to the Altai mountains. The “war game” between Russia and the United States also falls under the same classic model.

Meanwhile, the real big obstacle to the realization of the dream of the Russian world is becoming increasingly visible, namely Xi Jinping’s China, both friend and rival, whose economic, ethnic and geopolitical proportions far exceed those of Russia.

As talks heat up, Moscow and Washington brace for next moves on Ukraine