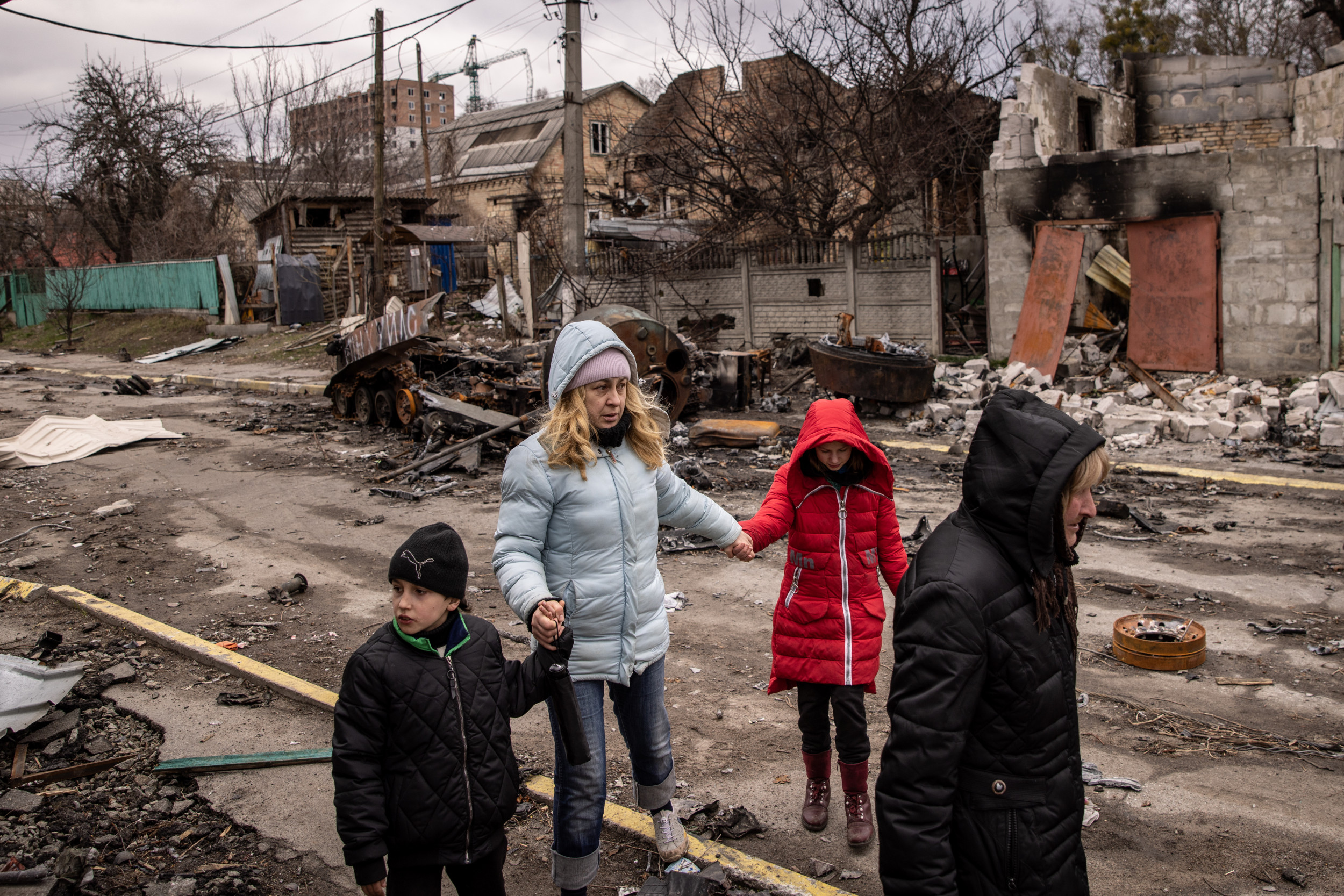 Russian forces leaving the suburbs around Kyiv have left behind a trail of rubbish that includes dead civilians, burnt-out buildings, disabled infrastructure and entire columns of their destroyed military hardware.

But officials and analysts on both sides of this conflict see it as a tactical maneuver – not a retreat, but a redeployment – ​​and a maneuver with serious consequences for Ukraine if it proves successful.

“We believe Russia is revising its war aims,” ​​National Security Advisor Jake Sullivan said at a White House press briefing on April 4. “Russia is repositioning its forces to concentrate its offensive operations in eastern and parts of southern Ukraine.”

“Everything indicates that Russia will seek to encircle and overwhelm Ukrainian forces in eastern Ukraine,” he added.

Konashenkov went on to say that the failed Russian operation around Kyiv had “created the necessary conditions for the final phase of the operation to liberate the people’s republics of Donbass”.

The “people’s republics” Konashenkov was referring to are breakaway territories backed by Russia. The Russian Federation is the only UN member state to have officially recognized its independence.

According to a Russian defense expert, the redeployments portend a new offensive plan.

“Russia’s goal for the next phase of the war is to push Ukrainian forces out of Donbass and then out of the south,” said Vladislav Shurygin, a retired captain in the Russian army and editor-in-chief of the defense to the Russian newspaper Zavtra. Newsweek. “The first strike will be to take Mariupol in order to solidify control over the east, ideally by mid-May.”

“After that, it will become possible to push west through Mykolaiv to Odessa in order to cut Ukraine off from the sea,” he added. “In optimistic terms, this could be achieved by the end of August.”

A US military analyst agreed with this assessment of Russian goals for the campaign.

In a Twitter thread posted on April 5, Lt. Gen. (Retired) Mark Hertling envisioned a similar campaign, sketching out the outlines of a potential Russian offensive in which the battle plan would aim to encircle Ukrainian forces in Mariupol, then pushing south from around Kharkiv to capture major transport hubs in eastern Ukraine. After that, a westward attack toward the key Black Sea port of Odessa would be logistically easier to support.

Unlike Shurygin, however, Hertling was pessimistic about the Russian army’s prospects for success. Russian troops redeployed from northern Ukraine, he wrote, were “in intense fighting for more than six weeks. Physical, mental, psychological and emotional factors took their toll. Many committed acts criminals”.

“These troops, in my opinion, are finished,” he added.

Hertling pointed to Ukrainian military advantages in morale and supply as potentially decisive factors in the coming battle.

“They have overwhelming support from civilians, politicians, each other,” he wrote. “And they are fighting on their own turf.”

Although the war is moving away from the capital, the importance of southern Ukraine to the economic vitality of the country as a whole is deeply appreciated in Kyiv.

“Whoever controls the sea controls international trade, and without access to the port of Odessa, it would become much more difficult for the Ukrainian economy to sell its wheat and steel on the world market,” said Dr Tymofiy Mylovanov, head of Kyiv. School of Economics, says Newsweek.

“This economic factor is one of the reasons why Odessa was a military target from the start of the Russian invasion,” he added.

President Zelensky warned the Greek Parliament on April 7 of what could happen.

Russian forces, he warned, “can do in Odessa exactly what they did in Mariupol.”