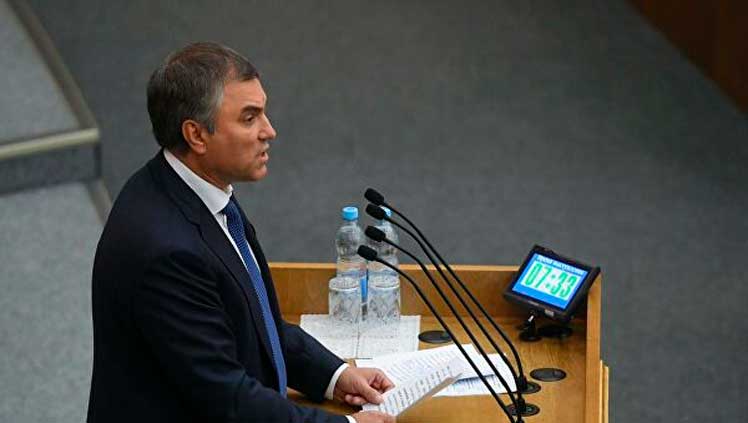 Russian official: US seeks to make Ukraine its colony

“Washington does not need an independent Ukraine. The American authorities want to make it their colony, extract all the natural resources of the country and use them only to weaken Russia, ”wrote the parliamentarian on his Telegram channel.

Volodin added that the countries the White House supposedly aspired to make democratic and prosperous had been thrown into chaos and faced a humanitarian catastrophe.

“The whole world has seen what a democracy based on the American model has brought to Libya, to Iraq, to ​​Afghanistan, to Syria, to Yugoslavia. None of those states that Washington wanted to make democratic and prosperous won,” the lawmaker said. In this regard, he said that more than 250,000 local residents have died in the 20 years of the presence of US troops in Afghanistan, the population has become impoverished, the same case in Ukraine over the past eight years.

“The United States had eight years to make Ukraine a democratic, independent, sovereign and prosperous country, while American advisers and instructors were in fact running the kyiv regime after the coup,” he said. He underlines. “They shut down unfavorable media, killed independent journalists, banned political parties.”

As Volodin pointed out, instead of developing the country, which had enormous potential, they plundered it.

From his point of view, no one in the “corrupt government” in kyiv has taken into account the needs of the Ukrainian people.