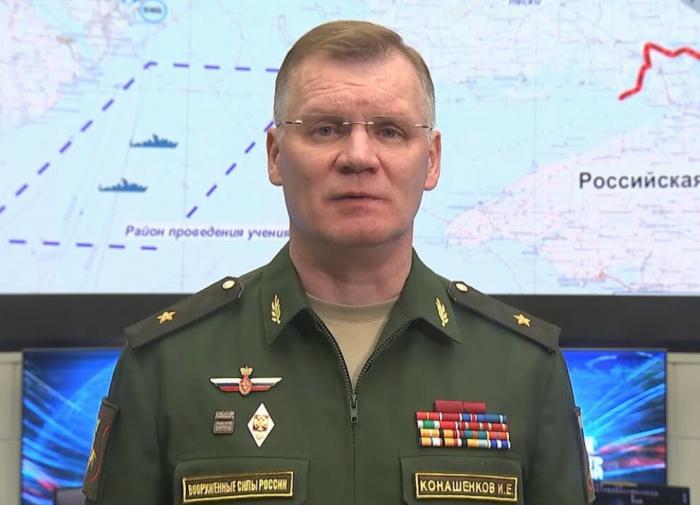 In particular, in the Vynohradar district on the outskirts of kyiv, the Ukrainian army was hiding in residential buildings where it had deployed several rocket launchers to attack Russian servicemen, he said.

According to Konashenkov, the Ukrainian military used the nearby mall area as a base, where it stored rocket-propelled munitions and reloaded several rocket launchers.

The MLRS battery and their ammunition storage base in the non-operational mall were destroyed in a precision attack, he said.

Russia will continue to use Kinzhal hypersonic missiles in Ukraine

The Russian military will continue to use state-of-the-art Kinzhal air-to-air systems with hypersonic aeroballistic missiles during the special operation in Ukraine, Igor Konashenkov also said.

According to Konashenkov, this hypersonic weapon is very accurate and is only used to destroy military installations.

Learn more about the Ministry of Defence:

Devastation of the commercial center of kyiv

The incompetent dictator theory versus the hollow army theory