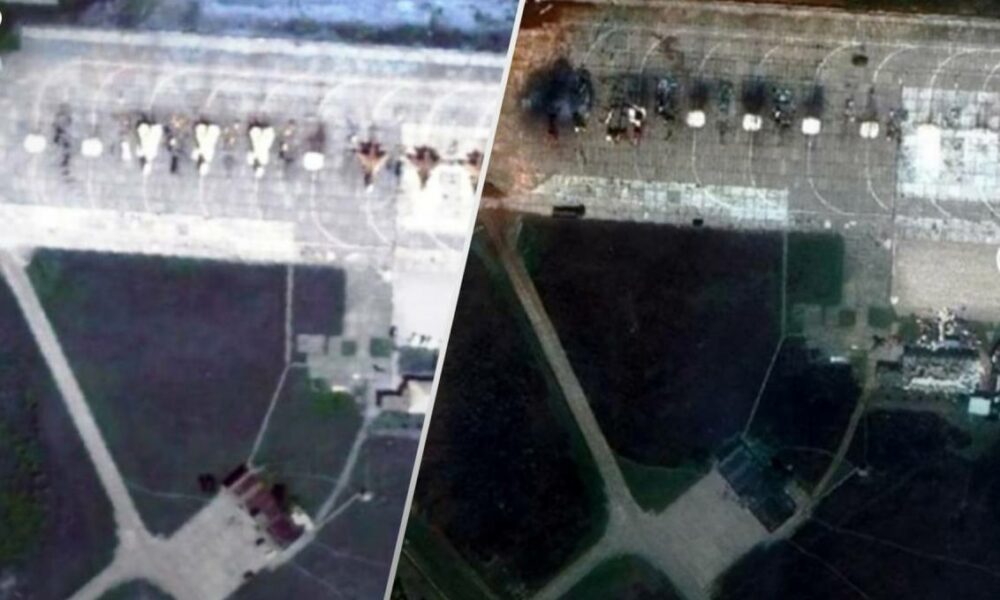 In kyiv, they announced that dozens of Russian soldiers died in the bombing of an airfield in Crimea

Adviser to the head of the Ministry of Internal Affairs of Ukraine Anton Gerashchenko said that as a result of the explosions at the “Saki” airfield in Crimea, 60 pilots and technicians were killed and about 100 people were injured. injured. Ego quotes the New York Times.

According to Gerashchenko, his assessment is based on intelligence data and video analysis. An official compared the consequences of an airfield explosion with the destruction of the cruiser “Moskva”, the flagship of the Black Sea Fleet.

Based on data on damage to cars in the area of ​​the explosion, Gerashchenko also says there is “no chance” that any of the planes at the airfield remained intact.

Независимых бесплатной оцены Gerashchenko net. Russian authorities previously claimed that 14 people were injured in the blasts and one other person was killed. The Department of Defense said the aircraft equipment was not damaged.
The context. On Tuesday, a series of explosions occurred at Saki airfield. Satellite photos taken after the explosions show that at least eight Su-30 and Su-24 aircraft were destroyed at the airfield.

Gerashchenko had previously published information about the actions of the Ukrainian army, which later turned out to be false. In particular, he spread the message that the 13 Ukrainian border guards on the island of Zmeiny, who became famous thanks to the phrase “Russian warship, go to hell”, refused to surrender and died. Later, Zelensky confirmed that some border guards had been captured by Russia and then exchanged.