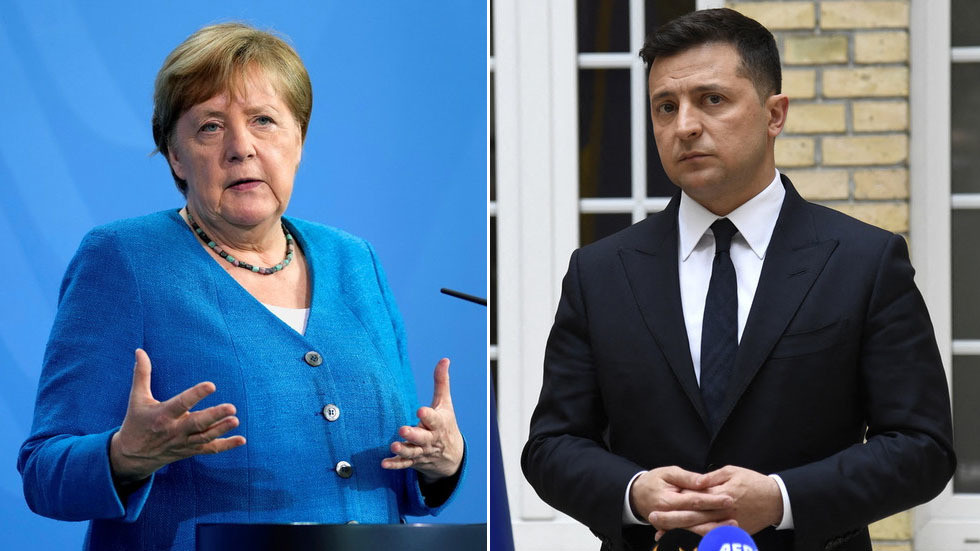 A Ukrainian official has criticized politicians in Berlin and Washington for failing to back his country and not backing it on a series of major geopolitical issues that he says put it on a collision course with Russia.

Alexey Arestovich, adviser to the negotiating team on the future of the war-torn region of Donbas and adviser to Ukrainian President Volodymyr Zelensky, told Ukraine 24 news channel on Friday that negotiations with German leaders had been unsuccessful.

Long-standing commitments to Ukraine have been quietly abandoned, he said. German Chancellor Angela Merkel, he said, “Resisted for seven years, but in the end, she practically gave up her Ukrainian interests in favor of Russia.”

Arestovich added that the two sides had not found common ground on issues such as the Nord Stream 2 gas pipeline, which is backed by Moscow and will connect Siberian gas fields to consumers in Western Europe via a gas pipeline. submarine that will end in northern Germany. Kiev has repeatedly expressed its fear of losing millions of dollars in transit fees if supplies no longer pass through the Soviet-era pipeline network that crosses its territory.

“From what I understand, the Germans call this the protection of German national interests”, he said. “The price can be heavy for Ukraine. Arestovich also expressed disappointment at what he saw as a similar approach from Washington, saying that “Even around Biden such people can be found.”

READ MORE: NATO has an open door policy, but Ukraine is unlikely to step through it anytime soon, German officials say amid climbing Donbass

Zelensky has repeatedly expressed his frustration with the perceived lack of support for his country’s membership in the US-led NATO military bloc. On Tuesday, the French Ambassador to Kiev, Etienne de Poncins, said that “there was no consensus among the members” to begin the process of admitting Ukraine and that at present its aspirations were “unrealistic.”

Ulrike Demmer, Merkel’s deputy spokesperson, told reporters in April that the issue of Ukraine’s membership in the bloc was not currently on the table. “As you know, when it comes to new members, NATO generally follows an open door policy”, she said. “Ukraine has the right to choose freely and its own political needs. However, no further steps towards its accession are currently envisaged.

Ukraine: The purchase of foreign currency is liberalized for companies