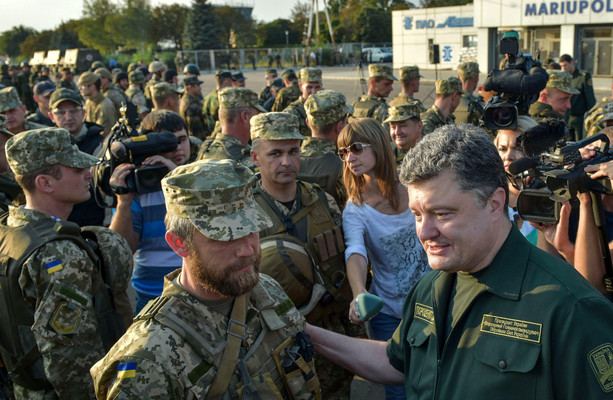 FORMER PRESIDENT OF UKRAINE Petro Poroshenko criticized the new accusations of treason brought against him.

Western Kiev allies have called for a fair and transparent investigation in a country plagued by systemic corruption.

The 56-year-old ex-leader was named a suspect in a treason investigation yesterday and is accused of aiding pro-Russian separatists who control large areas of the eastern part of the former Soviet country to sell coal in Kiev.

The state investigative office said it suspected Poroshenko of helping the self-proclaimed People’s Republics of Donetsk and Lugansk to sell some 1.5 billion hryvnia ($ 54 million) of coal to Kiev in 2014 -2015.

Poroshenko said on Facebook that the charges “cross a red line”, calling instead on Ukrainians to “save Ukraine and repel Russian aggression”.

“Together towards victory and see you in Ukraine,” said the former leader, who is currently in neighboring Poland, vowing to return in January.

Western embassies said today they are following the process and have called for an independent trial.

“The United States is closely following the case against former President Poroshenko,” the US Embassy in Ukraine said.

He said it was “crucial that the process and the results are based on the rule of law and not on politics”.

UK Ambassador to Ukraine Melinda Simmons echoed the point, writing on Twitter that it was “vital” that the case be handled “in an independent, impartial and professional manner, ensuring fairness. and due process ”.

Authorities opened dozens of cases against Poroshenko after he was beaten in a presidential election by Volodymyr Zelensky, a comedian with no previous political experience, in April 2019.

Zelensky pledged to root out corruption and investigate those responsible for the previous administration.

No news is bad news
Support the journal

Poroshenko faces up to 15 years in prison if convicted.

Although Poroshenko brought the former Soviet country closer to the West during his presidential term, critics accuse him of failing to tackle corruption and poverty.

Ukraine has been fighting pro-Russian separatists in the eastern regions of Donetsk and Lugansk since 2014.

Kiev and the West accuse Moscow of sending troops and weapons across the border, which the Kremlin has repeatedly denied.