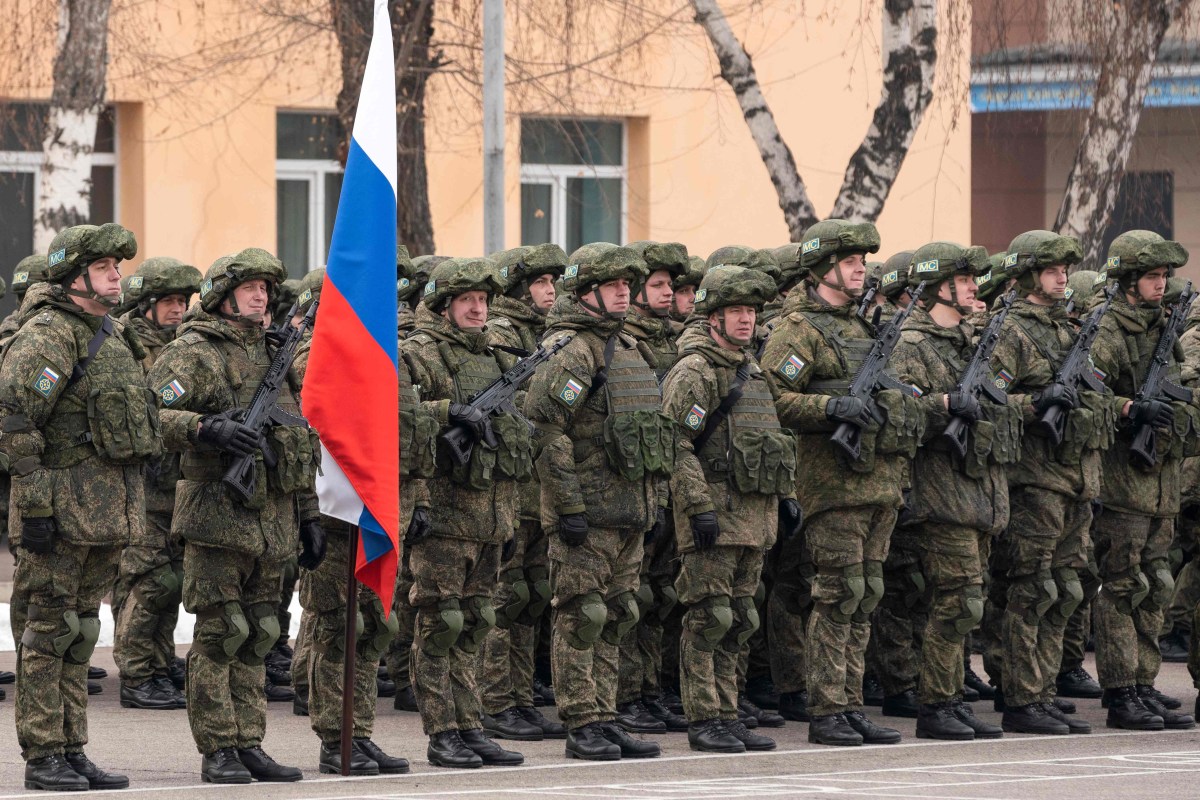 An invasion of Ukraine by RUSSIA is considered “inevitable and imminent”, as Kiev has accused Vladimir Putin of a massive cyberattack.

Chairman of the House of Commons Defense Committee Tobias Ellwood MP issued the warning as fears of a new war loom over Eastern Europe.

The eyes of the world are on Ukraine as Putin has massed nearly 100,000 troops as well as an arsenal of artillery and tanks in the region.

It is feared that Vlad could launch a full-scale invasion within weeks – or even days – to seize territory abandoned by Russia upon the fall of the Soviet Union.

Mr Ellwood described the potential invasion as ‘inevitable and imminent’ after a cyberattack left much of the country without heat, light and access to money.

And today Ukraine pointed the finger at Russia for the hack which is feared as a prelude to an invasion.

Russia denied being behind the attack.

“I fear an invasion by Russian forces is inevitable and imminent and we have allowed that to happen,” Mr Ellwood told the Daily Mail.

“We had the opportunity to place enough military hardware and personnel in Ukraine that President Putin would think twice about invading, but we didn’t.”

He added: “Only President Putin knows what he’s going to do next, but next week looks crucial.

“He negotiated himself into a corner and after NATO refused to comply with his threats, there is apparently only one option left.”

In a later tweet, Mr Ellwood wrote: “RUSSIA is on the brink of an invasion. And once again will try to redraw the map of Eastern Europe. History will ask – why n ‘have we not learned from history?’

It is believed that Putin wants to recover many territories lost during the fall of the Soviet Union.

And he made his first inroads into Ukraine in 2014 when Russian troops illegally annexed the Crimean peninsula, prompting international condemnation.

Conflict has raged in eastern Ukraine ever since, as Putin-backed rebels battle the government in the disputed Donbass region.

Ukraine said on Sunday that Russia was behind last week’s cyberattack.

All the evidence points to Russia being behind the cyberattack. Moscow continues to wage hybrid warfare and is actively building up its forces in information and cyberspace, the ministry statement said.

On Saturday, Foreign Minister Liz Truss condemned Russia’s military buildup on the Ukrainian border and called on Moscow to “stop its aggression”.

She tweeted: “Russia is waging a campaign of disinformation designed to destabilize and justify an invasion of its sovereign neighbor Ukraine.

“Russia must end its aggression, de-escalate and engage in meaningful talks.”

A Russian invasion of Ukraine would violate “the most fundamental freedoms and sovereignty”, the defense secretary said last week after a visit to Scandinavia.

Giving his second warning in a week to Moscow, Ben Wallace said there would be “consequences” to any Russian aggression against Ukraine.

Tensions on the Ukrainian border continue to run high, with the United States suggesting that Moscow is preparing for a “false flag operation” to trigger an incursion into neighboring territory.

Mr Wallace met with Nordic partners last week to discuss Russia’s continued aggression and military buildup on Ukraine’s border, with some 100,000 troops amassed on the border.

The Defense Secretary said: “The UK and our Nordic partners are united in our approach to maintaining European security.

“My discussions this week focused directly on deepening bilateral relations, shared security and the consequences of Russian aggression against Ukraine.

“Our discussions were clear that a Russian invasion of Ukraine would be a strategic mistake, violating the most fundamental freedoms and sovereignty.

“Britain and the Nordic countries have a long common history.

“Our European neighbors and allies remain essential partners as we work together to uphold our shared values, counter common threats and build resilience in our neighbourhood, the UK will always be by their side.”