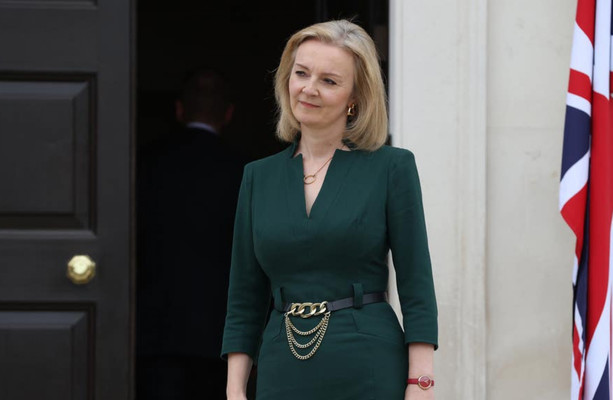 Russia would face “serious consequences” if it invaded Ukraine, warned the British Foreign Minister ahead of a meeting of G7 foreign ministers in Liverpool.

Liz Truss said the UK would aim to hurt the Russian economy if it made an incursion into Ukraine, as it prepared to pressure its allies in weekend talks to become less dependent on Moscow for cheap gas.

During the meeting under the UK’s one-year G7 Presidency, Truss will urge allies of the US, Canada, France, Germany, Italy and Japan to present a united front against Russia’s “malicious” behavior.

US intelligence officials say Russia has stationed around 70,000 troops near its border with Ukraine and has started planning for a possible invasion early next year.

President Joe Biden met twice this week with British Prime Minister Boris Johnson and the leaders of Germany, Italy and France – dubbed NATO’s “quint” – as they deliberate on how to deal with the threat.

Truss, when asked by broadcasters about the likelihood of an invasion, repeated her claim that it would be a “strategic mistake” for Moscow to send troops across the border – something she wants the G7 “spells out” over the next two days.

â€œThe G7 meeting which is taking place this weekend is a demonstration of unity among the big like-minded economies that we will absolutely stand firm in our stance against aggression, against aggression towards Ukraine, â€she said.

There will be serious consequences if anything were to happen, but also make sure that we establish security and economic relations with like-minded partners, including Ukraine, to protect them in the future.

Truss avoided questioning whether there might be a British military response to an invasion, claiming only that Defense Secretary Ben Wallace visited Ukraine “very recently” as the UK helped bolster forces. Kiev’s defense and security capabilities.

A deal struck last month will see the sale of British warships and missiles to Kiev.

The Foreign Minister added that the UK was working with its allies to “ensure that there would be serious economic consequences” if Russia sent troops to Ukraine.

She said Britain would also push for an “alternative to Russian gas supplies” in an effort to establish stronger energy security.

“There have been decisions made by the free world in the short term to get cheap energy or cheap finance, and that comes at a long term cost to freedom and democracy,” the former secretary said. trade.

“And we can’t make that mistake again.”

No news is bad news
Support the journal

Over the weekend, the British Foreign Secretary will hold bilateral meetings with his counterparts from G7 and EU countries, as well as invited countries – such as Australia and South Korea – joining the event at the Museum of Liverpool.

Tomorrow, Truss will hold plenary sessions on global health security as well as the Indo-Pacific region, with foreign ministers from the Association of Southeast Asian Nations joining the G7 meeting to the first time.

The rally will be the second face-to-face meeting of G7 foreign ministers this year, following a session in London in May, which was chaired by Deputy Prime Minister Dominic Raab before his demotion from foreign minister to minister for Justice during the cabinet reshuffle in September.

Szijjarto: government strives to have a strong intelligence service