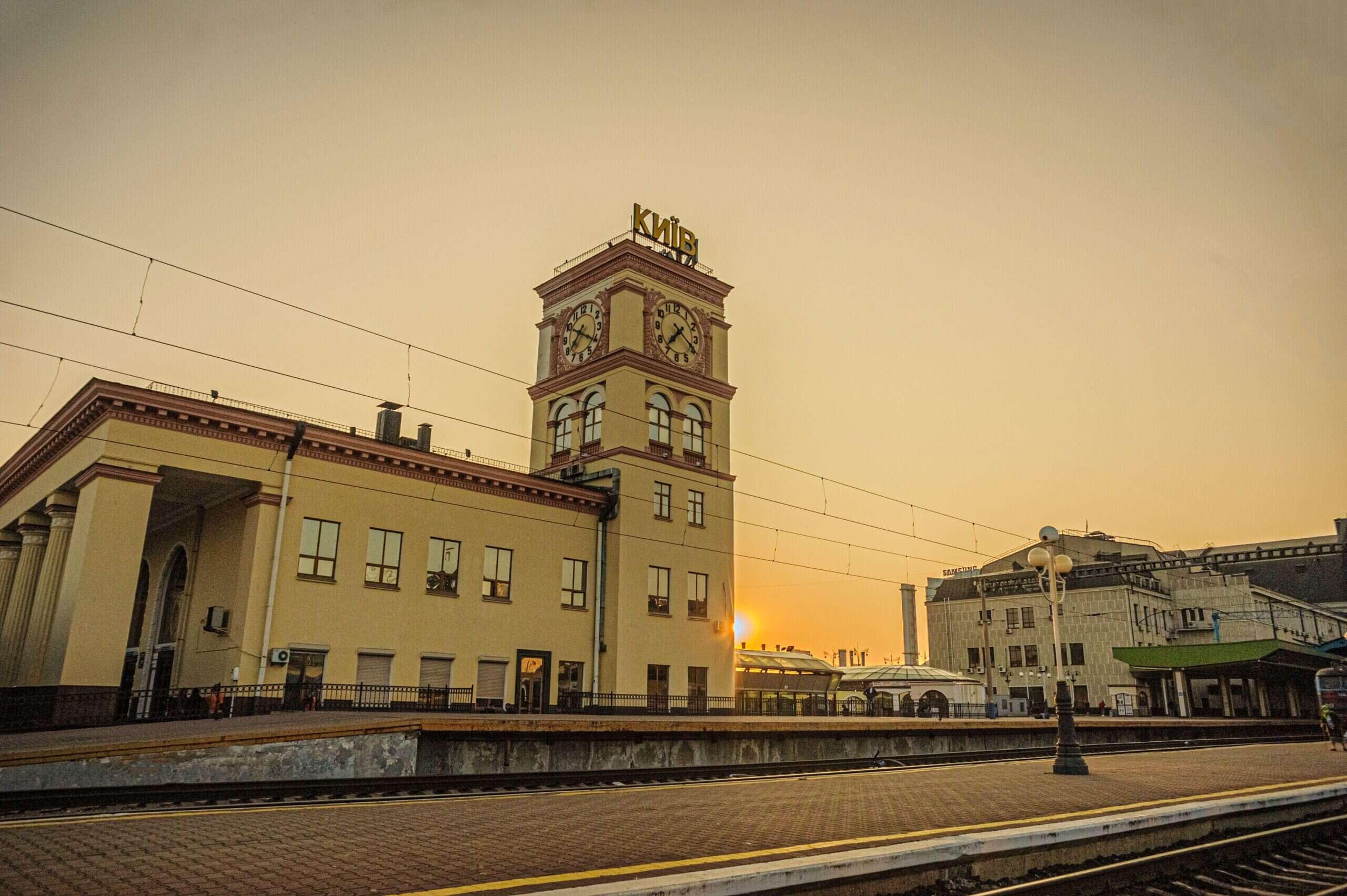 In this 1929 article, British historian EH Carr is delighted to announce that Kyiv was to have a new railway station. The station was built between 1927 and 1932 to update the old station and today still stands as part of the Central Station Building of Kyiv-Pasazhyrskyi Station. The play was written when Ukraine was under the control of the Soviet Union and Carr refers to the Ukrainian capital by its common English spelling at the time, kyiv, which in recent years, and especially since the outbreak of the Russo-Ukrainian War, fell out of favor as it derives from the Russian name of the city, rather than Ukrainian. Carr seems unenthusiastic about the Baroque style of the station, reporting reviews as “expensive, unsustainable, unhygienic and impractical”. Ukrainian Baroque, he thinks, may end as a historical footnote, but a different style could endure.

It is announced that the city of kyiv will have a new railway station. The announcement is authoritative, and only the most hardened skeptics would question its veracity. For it has behind it all the weight of antiquity; it was first done in 1899 and has been repeated at frequent intervals ever since. Since that date, all of the buildings through which travelers arriving in or leaving kyiv are forced to pass to go to or return from the train have deteriorated. It is no longer a station; it is a “temporary railway station”; and the passenger who might be willing to complain about crowding, drafts or dirt is both soothed and satisfied. His sufferings are not eternal; a generation or two may pass, but in the end all will be well. The city of kyiv will have a new railway station.

In 1918, an army of contractors and a few workers arrived on site. At the entrance to the “temporary station” excavations were made, foundations were laid, beams were put in place. But the workmen stopped to consider the glory of their work, and the stoppage was fatal; the following year scattered them on four different fronts, and the city of kyiv knew them no more. The frame they erected has not perished; it becomes immobilized, like the assurance of things one hopes for, the evidence of things one does not see.

The Soviet authorities, predictably, did not let the grass grow under their feet – nor on the unfinished foundations of the kyiv railway station. More than two years ago they announced a competition for the best design of the new station. But that was the beginning, rather than the end, of their difficulties. The Russian intellectual has always viewed a station with a kind of religious awe. It is reported of a famous Russian critic of the forties that, to revive his wavering faith in humanity, he used to go from time to time to witness the construction of the first railway station in Petersburg, and returned from his contemplation encouraged and spiritually refreshed. Now that the construction of churches is out of fashion, it can be assumed that the kyiv railway station will become the symbol of the greatness of the city, a centuries-old cathedral. Such work is not undertaken without much discussion by committees, the modern substitute for prayer and fasting.

Today, the city of kyiv, although it has long since lost its former status as a political capital, still considers itself the intellectual capital of Ukraine and the seat of small Russian culture. What could be more appropriate then than to make the new kyiv railway station a living monument of this culture? This is what the local committee thought and selected as the winner of the competition a station project “in the Ukrainian Baroque style”. We will have to wait for the next Russian textbook on architecture for a sympathetic definition of this form of art, not cataloged even by Mr. Sacheverell Sitwell. In the meantime, we only have the testimony of its opponents from the reinforced concrete school, who describe it as expensive, unsustainable, unhygienic and impractical. The winning “Ukrainian baroque” design will cost, we are assured, 180,000 rubles more than a classic design; it should be executed in brick and stucco instead of reinforced concrete; it involves so many architectural details that it can never be kept clean; and finally it fails to provide either a roof to cover the passengers waiting on the platform, or a bridge by which they can cross the tracks. In short, whatever its claim to be called baroque, everything sounds eminently Ukrainian.

But it should not be assumed that the reinforced concrete school has had the argument as it pleases. Followers of Ukrainian Baroque in turn struck a cunning blow. Aren’t the so-called classic designs in reinforced concrete typical creations of Western capitalism, symbols of its cold and greedy utilitarianism? Can they be admitted, not only to the intellectual capital of Ukraine, but to any self-respecting communist republic? It took a feminine spirit to counter such an overwhelming attack; but the quality of the defense, which appeared on the signature of a lady in Moscow Izvestiacan be judged from a single paragraph:

“Style is a conception which embraces not only architecture but a whole series of objects of material culture, including, for example, modern clothing. If one analyzes the evolution of women’s dress over the last quarter century, one cannot help but think that, despite eccentricities here and there, dress as a whole has been inspired by the massive introduction of female labor, through the influence on fashion of the millions of female working masses. From this derive the simplicity, practicability, lightness of modern clothing and the absence of any artificial obstacle to work (for example the corset, etc.).

The lady develops her argument with a somewhat tedious length; but the application is clear. If the Parisian model is only the ultimate expression of the spirit of the “feminine working masses”, wouldn’t the Ukrainian worker and peasant be, after all, the real progenitor of the reinforced concrete skyscraper? And shouldn’t the kyiv station be built in a style that could, with a new meaning, be called “Ukrainian reinforced concrete”? The argument is, we feel, compelling; and by the time the next architectural textbook comes out, “Ukrainian Baroque” might, after all, be relegated to a historical footnote. For now, the verbal battle rages on. The fighters, men and women, reinforced concrete and baroque, contradict each other with a strident emphasis. But from time to time, amidst the clash of words, they stop to chant in unison the thirty-year-old slogan: “The city of Kyiv is going to have a new railway station.”

Learn more about the NS archives here. A selection of plays spanning the history of the New Statesman have recently been published under “Statesmanship” (Weidenfeld and Nicolson).