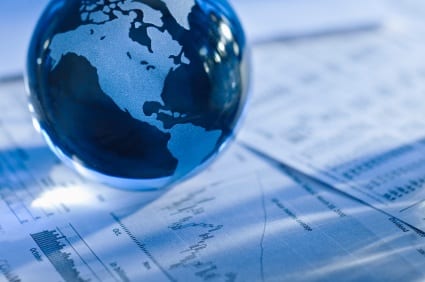 Rising US interest rates are testing the world

High export inflation of the US dollar, a shrinking US economy and the difficulties of emerging countries pose challenges.

The Plaza Hotel in New York is best known in financial circles for when the finance ministers of France, Japan, the United Kingdom, the United States and West Germany met met in 1985 to suspend the free float of the US dollar.

The problem the ministers sought to solve was that the US dollar had risen 44% since 1980 because US interest rates had jumped during that period. The world feared that the subsequent widening of the US trade deficit would prompt Washington to restrict imports. As part of the Plaza Accord, the G-5 agreed to lower the US dollar over the next two years. The intervention, which sent the US currency down 40%, remains the biggest manipulation of the US currency since its introduction in 1973.

Another Plaza Accord may be needed in the future. Once again, rising interest rates in the United States are pushing the US dollar to heights that are confusing the world. Against the “broad real dollar index”, the US currency has jumped 10% in the past year to its highest level since this index was compiled in 2006. The US dollar is expected to remain strong as the Federal Reserve needs to stifle inflation which hit a 41-year high of 9.1% in the 12 months to June. The Fed raised its benchmark rate from about 0% in March to between 2.25% and 2.5% in July and further rate hikes are almost certain.

A stronger US dollar has advantages and disadvantages. Among the benefits, a rising U.S. currency eases U.S. inflationary pressures via cheaper imports. The flip side, however, is that the rest of the world faces an inflationary shock in three ways. First, US exports cost more in other currencies. Second, exchanges valued in US dollars between non-US parties become more expensive in other currencies. An IMF paper in 2020 estimated that around 40% of global bills were denominated in US currency, and countries that did so “tend to experience greater pass-through from US dollar trade to their import prices”. The third inflationary threat is that the strength of the US dollar today unusually coincides with higher oil prices due to the war in Ukraine, which amplifies the rise in oil prices in other currencies. In the past, high oil prices have generally coincided with a weak US dollar.

To counter the inflationary threat of a high US dollar, central banks from Canada to Singapore to Saudi Arabia to Switzerland are unexpectedly raising policy rates in larger steps to support their currencies in what has been dubbed a “reverse currency war”. The term “currency wars” was coined in 2010 to describe how central banks reduced currencies to help exports. The futility is that not all countries can push their currencies in the same direction at the same time.

The euro zone is particularly vulnerable to inflation imported in US dollars, even allowing an increase in exports to the United States. The euro fell in July to its lowest level in 20 years (below parity) against the US dollar, marking a decline of 14% since January 1st. the war pushed eurozone inflation to a record 8.6% in the year to June. In response, the European Central Bank raised its key rate in July by 50 basis points to 0%, ending eight years of negative rates.

While the ECB’s delay in raising rates has undermined the Euro, the currency’s delay and fall is more due to weak economic fundamentals in the Eurozone. The ECB fears that inflation could push the sovereign debt yields of indebted members of the euro zone to levels that would trigger a new financial crisis and possible exits from the common currency.

A second challenge of higher US rates is that they hamper the US economy. US GDP, which accounts for around 70% of consumer spending, contracted in the first six months of 2022. The immediate outlook looks problematic as pandemic-related fiscal stimulus and supply disruptions have drives up inflation to levels that are worrying consumers. U.S. consumer confidence in June fell to a record low according to the University of Michigan survey, which has tracked U.S. consumer sentiment since 1952. A weak U.S. economy means the high U.S. dollar isn’t offering its momentum usual for world exports – as it did in the first half of the 1980s.

The third challenge of higher US interest rates is that they bludgeon emerging countries, especially those that have borrowed in US currency or whose currencies are pegged to the greenback. As of May 31, the IMF said eight of the poorest countries were in “debt distress” and another 30 countries were at “high risk”. Since then, defaulting Bangladesh, Ghana, Pakistan and Sri Lanka have requested IMF assistance. Many fear that another 1997-style Asian crisis could spread to South Asia. Indebted economies have been weakened by the pandemic and are facing a cost of living crisis resulting from the war in Ukraine. The fact that emerging countries borrow massively in local currencies does not protect them from higher US interest rates and a stronger US dollar. A July article from the Bank for International Settlements warns that currency risk has only shifted to creditors who invest in US dollars. Thus, capital is still fleeing emerging countries.

The Institute of International Finance estimates that international investors withdrew US$38 billion from emerging markets in the five months to July. Monthly outflows from February to July mark the longest periods of consecutive monthly net outflows since records began in 2005.[15] Emerging market currencies fell accordingly – much more than 20%. The related inflationary threat has forced central banks to raise rates to prop up currencies at a time when the IMF warns that the pandemic and the war in Ukraine have widened current account balances enough to trigger populist protectionist measures. There are growing fears that economic turmoil could lead to political instability. “Food and energy inflation threatens to tear poor societies apart,” warns Murtaza Syed, acting governor of the Central Bank of Pakistan.

Central banks are far from having won their battle against inflation. The accelerated loop triggered by a world distorted by pandemic and war, in which higher US rates force other countries to raise rates, could still go on for some time yet. The best hope for the world is that something – ideally, a drop in US inflation, but even a US recession – dampens US interest rates and averts financial turmoil in the eurozone and emerging countries.

Too bad that in a world of floating exchange rates, central banks outside the United States, for all their domestic political independence, are tied to a Fed that misjudged inflation. There is no solution, much less an international agreement, shaping to mitigate the dangers.

Economists Barry Eichengreen from the United States, Ricardo Hausmann from Venezuela and Ugo Panizza from Italy chose “The Pain of Original Sin” as the title of their 2003 study on emerging countries. They presumably judged that this Christian concept best describes an insurmountable inherent flaw.

The study was a milestone because it was the first to focus on the importance of the currency in which external debt is denominated for emerging countries. The trio found that the health of emerging economies depended much more on the currency distribution of external debt than on other aspects of macroeconomic stability such as the soundness of monetary and fiscal policies and the accumulation of human and physical capital. They found that the currency composition of external debt governs “the stability of output, the volatility of capital flows, the management of exchange rates and the level of countries’ credit ratings”.

The problem is that emerging countries need to borrow to develop. But they are generally unable to borrow in their local currency, an inherent weakness they cannot overcome. The trio’s paper was written when only 2.7% of emerging debt was sold in local currency.

It is widely recognized that emerging countries that borrow in foreign currencies are vulnerable if their currencies dip. To reduce this weakness, organizations such as the IMF and the World Bank have long encouraged emerging countries to borrow in local currency. And they did. Over the past decade, more than 80% of the increase in emerging market debt was in local currency – the ratio exceeded 95% from the end of 2019 to September 30, 2021.

This is why the BIS article on the inability of local borrowing to protect emerging countries from exchange rate risk is sobering. The BRI discovery means that the tendency for unrest in one emerging market to infect others is as poised to explode as ever.

The average gross public debt in emerging markets stood at around 64% of GDP at the end of 2021, according to the IMF. The pandemic caused a 10 percentage point jump in this ratio. It is estimated that companies in emerging countries have borrowed about 14% of global GDP.

Emerging countries are the hardest hit by the blows to living standards caused by the war in Ukraine. They are vulnerable to a hike in US interest rates by the Fed and a rise in the US dollar. Calls for a new Plaza deal are sure to grow.

Last Russian-Ukrainian War: What We Know About Invasion Day 194 | Ukraine