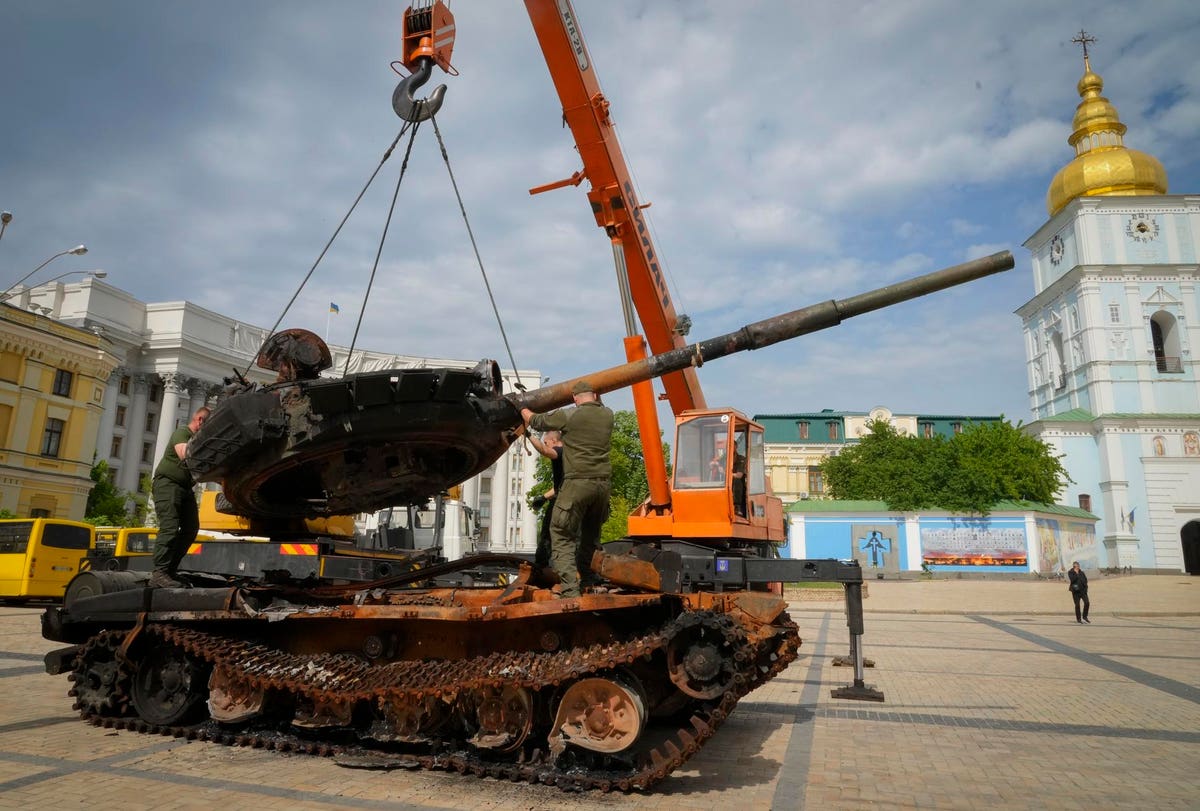 News and information from Ukraine

As Russia’s attack on Ukraine continues and the war rages on, reliable sources of information are essential. Forbes Ukraine journalists gather information and provide updates on the situation.

Mariupol. Russia took control of the Azovstal steel plant in Mariupol. Seriously injured Ukrainian civilians and soldiers were evacuated from the plant, according to the commander of the Ukrainian regiment in Azov, Denys Prokopenko.

Severodonetsk. Russian forces fired on a school in Severodonetsk, in the Luhansk region of eastern Ukraine, where more than 200 people, including children, had taken refuge at the time of the attack. Three adults were killed as a result of the attack.

Russia continues to intensify its offensive in Severodonetsk to encircle the Ukrainian army in the region. Up to 15,000 people remain in bomb shelters; 70% of high-rise buildings are destroyed or damaged, according to Serhiy Gaidai, the governor of Luhansk.

“They are just bombing the cities of the Luhansk region for the sake of bombing and inflicting fear and more pain and tragedy among the population,” Ukrainian MP Lesia Vasylenko said.

Kharkiv. The Russian missile attack on the town of Lozova in the Kharkiv region injured at least seven people, including a child. The Russians targeted “the recently renovated House of Culture” in Lozova, Ukrainian President Volodymyr Zelenskiy said in a statement.

Odessa. A Russian missile hit Odessa Oblast, destroying toilets on the beach. No casualties were reported.

Poltava. The Russians attacked Poltava Oblast on Friday, hitting infrastructure with a missile. The casualty figures are still being clarified.

Zhytomyr. Two explosions were reported in Zhytomyr Oblast on the morning of May 20. No casualties have yet been reported.

First war crimes trial in Ukraine. A 21-year-old Russian tank commander, Vadim Shysimarin, who pleaded guilty earlier this week to shooting dead a 62-year-old unarmed Ukrainian civilian, said he would accept any punishment from the court.

The National Bank of Ukraine will lift restrictions on the exchange rate at which banks sell foreign currency on May 21. Previously, this rate could not deviate from the official rate by more than 10%. The bank also temporarily limited monthly cash withdrawals abroad from hryvnia accounts from $3,418 to $1,710.

Canada has announced additional sanctions on Russian oligarchs as well as a ban on the import and export of luxury goods from and to Russia. New sanctions target Russian oligarchs, their family members, as well as close associates of Russian President Vladimir Putin. The import and export ban would target alcoholic beverages, seafood, non-industrial diamonds, shoes, luxury clothing and jewelry.

In kyiv, an original song “Boris Johnsonyuk” was premiered

The fog of war has thickened