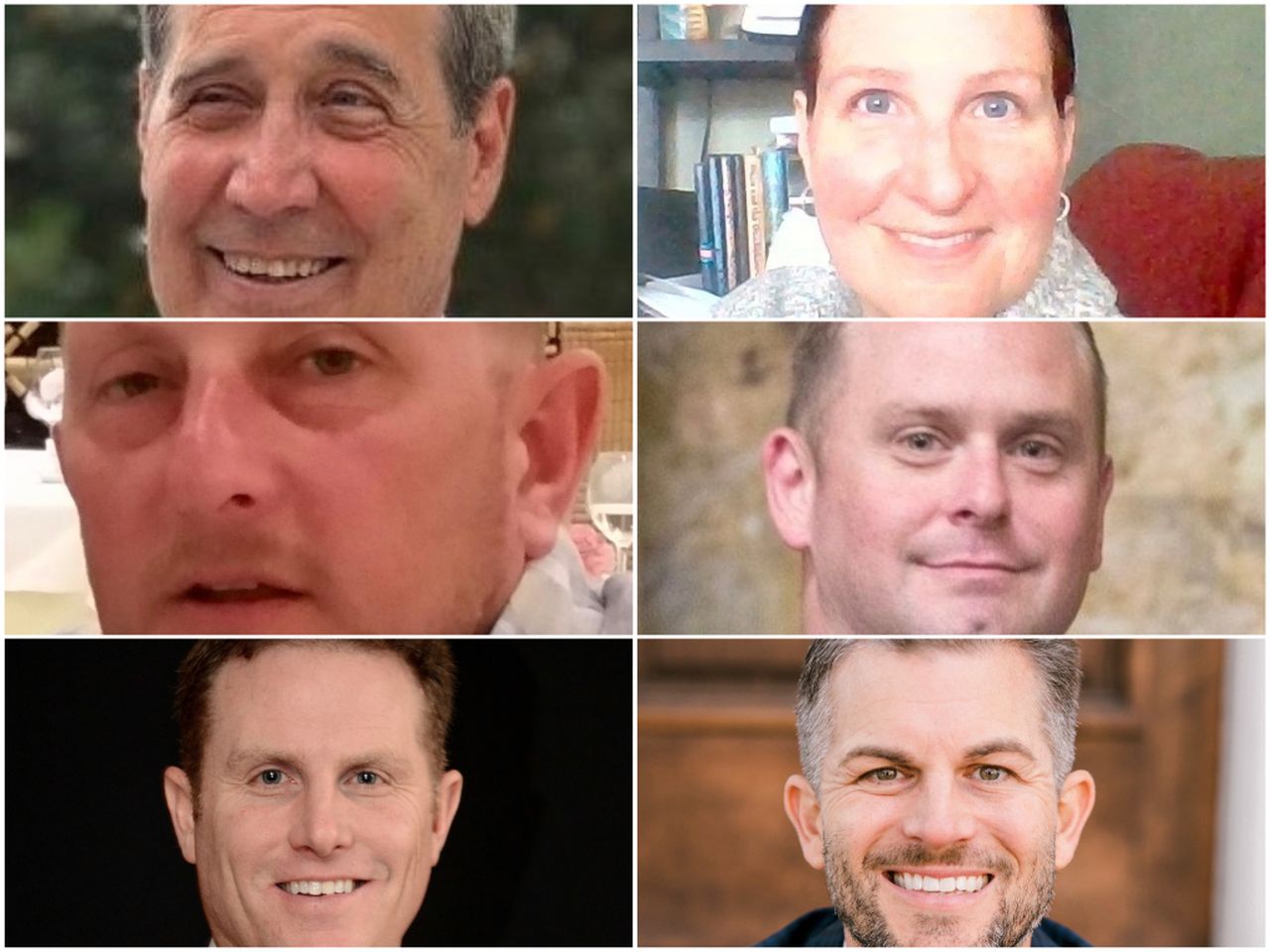 Candidates line up for the GOP nomination for an open seat in the Pennsylvania Senate; Democrats are still looking for one

Nine candidates have come forward to indicate their interest in being the Republican candidate for the seat of the state’s 48th Senate district to be filled in a special election that will coincide with the May 18 primary, as local Democratic leaders await the announcement of their first candidate.

The predominantly Republican district represents all of Lebanon County and parts of Dauphin and York counties, and the list of Republicans seeking their party nomination includes residents of all three counties.

Dauphin County Democratic Committee chairperson Rogette Harris said Thursday that members of the Senate District Committee would meet virtually on March 13 to select a candidate. The deadline for Democratic candidates to express interest in the nomination is February 26.

The seat has become vacant due to the death of Dave Arnold on January 17 from a form of brain cancer. Arnold had held the seat for about a year after being elected in a special election last January to fill the seat vacated in September 2019 by Mike Folmer, who resigned after being charged with possession of child pornography. Arnold’s term was due to expire on November 30, 2022, so his successor would serve the remainder of his term.

Here is a brief summary of the Republican candidates who responded to a request for information about their interest in serving in the Senate:

Moreland, 37, of Palmyra, was Arnold’s chief of staff and before that, political adviser to former House Speaker Mike Turzai. He came to work for the Legislature after retiring from the U.S. Army in 2015, where he served seven years as a paratrooper and platoon sergeant. In his roles as legislative staff, he has helped draft numerous bills, secure grants, and oppose Governor Tom Wolf’s COVID-19 policies, including his business closure orders. He is committed to being a full-time legislator who wishes to continue the work that Arnold and he began and has shown familiarity with the issues currently before the General Assembly.

“Democrats have consistently pushed for a job-killing layoff tax, raise taxes on hard-working Pennsylvanians, and increase the size of government and its programs. The Republican candidate for the 48th must be thoughtful, analytical and tough. I think my background shows those traits, ”Moreland said in a letter expressing interest in the seat. “My knowledge, skills and abilities, coupled with my relentless work ethic and proven success at Harrisburg, make me the best fit.”

He, along with Bering and Ryan, were among those who sought the GOP nomination in 2019 when Arnold, the longtime former Lebanon County prosecutor, was selected.

Bering, 37, from Swatara Township in Lebanon County, is a member of his township’s supervisory board and vice-chairman of the family-owned Bering Real Estate Co. The married father of two said he found ” humbling and rewarding “to be involved in local government.

“Seeing firsthand what our governor has done to our small business community has been heartbreaking. I want our small business owners to know that a vote for me will be a vote for their representation in Harrisburg, ”Bering said. “Finally, I have two daughters aged 9 and 5. I want them to see the importance of being involved in our local community in the hope that they too will want to pursue public service later in life. . “

Gebhard, 46, of the Township of North Cornwall, is President and CEO of Hoaster Gebhard & Co., an insurance and risk management company. He is involved in various community organizations. The married father of two said he believes everyone has a civic and moral duty to strive to make his community a better place to live and raise a family and that being in the Senate will allow him to expand its public service record.

“I believe we are at a critical juncture for the 48th Senate District,” Gebhard said. “Political conflict is rampant, Tom Wolf rules with a declaration of emergency, and a liberal Pennsylvania Supreme Court establishes an election law based on his rulings. The residents of the 48th need someone willing to stand up for their interests in Harrisburg. We need a curator who is invested in the long term success of the district and someone who does not seek the job for their own political gain.

Roth, 47, from Paxtang, is a licensed mental health counselor who also has experience as a former palliative care chaplain and senior center director. The married mother of five and former president of music amplifiers at Central Dauphin East High School said she has seen the effects of COVID-19 on children and families and believes the experience gives her perspective on some of the issues faced by residents of the 48th Senate District.

Further, “I believe that a valuable sample from Dauphin County is under-represented [Steelton-Highspire-Middletown]. These 3 communities represent a unique snapshot of Pennsylvania’s rich cultural heritage (s) that can teach us a lot about how to get along and learn lessons from across the aisle, ”said Roth. “These same precious influences are also part of the city of Lebanon and other communities that make up the beautiful tapestry of the County of Lebanon. I hope my experience as a mental health counselor will allow me to use my talents to get to the other side of the aisle. I am not a politician. But I will do what is necessary to make the voice of those who live in the 48th arrondissement heard.

Ryan, 68, of Springettsbury Twp, is the retired CFO of his family business, Motor Technology, Inc. of York. Prior to that, he worked in corporate public relations. investor relations and financial communications in New York, which included running his own consulting firm. In recent years, he has also served on the board of directors of the National Federation of Independent Businesses of Pennsylvania.

“I am running again, despite the chances against a non-Lebanese candidate, because the stakes are even higher this round, given that it will take more than the mentality of” abundance of caution “that reigns in the matter. tax and spending to recover from a Covid-weakened economy that has been needlessly further weakened and held back by errors in judgment and mismanagement of the current state administration, “Ryan said.” Based on my leadership, business and political experience, I can bring a more strategically focused and disciplined mindset to create the changes needed to recover and move forward. ”

Harkins, 54, of Newberry Township, owns Harcon Services Inc., a small construction company. The married father of six has been self-employed for 32 years and has previously coached Little League women’s softball and baseball teams.

“I feel a strong call after the 2020 election to get involved in our local government to help uphold our state’s constitution,” Harkins said. “My main goal is electoral integrity. If we want to continue to vote by mail on the scale that we have just seen in 2020, we must put in place guarantees. We must also make sure that the ballad harvest does not take place in AP. I have no political background but I do not get involved in anything without being 100% committed. I am confident that I can be a positive asset for the Republican Party to oppose or work with local Democrats to run our state government to its full potential and benefit all of our citizens. “

Minnich, the mayor of Cleona; Morrissey, owner of Liban Farmers Market, and Rummel did not respond to a request or provide information on their applications.

Along with all of Lebanon County, this senatorial district comprises the Dauphin County municipalities of Conewago, Londonderry, Swatara and the townships of Lower Swatara and the boroughs of Highspire, Middletown, Paxtang, Royalton and Steelton; and the York County municipalities of Conewago, East Manchester, the townships of Newberry and Springettsbury and the borough of Goldsboro, Lewisberry, Manchester, Mount Wolf and York Haven.

* This post has been updated to include the date of the Democrats nominating convention for this seat as well as the deadline by which Democratic candidates must make known their interest in continuing the nomination.

How To Keep Your Student Loan Payment At $ 0 | Lifestyles