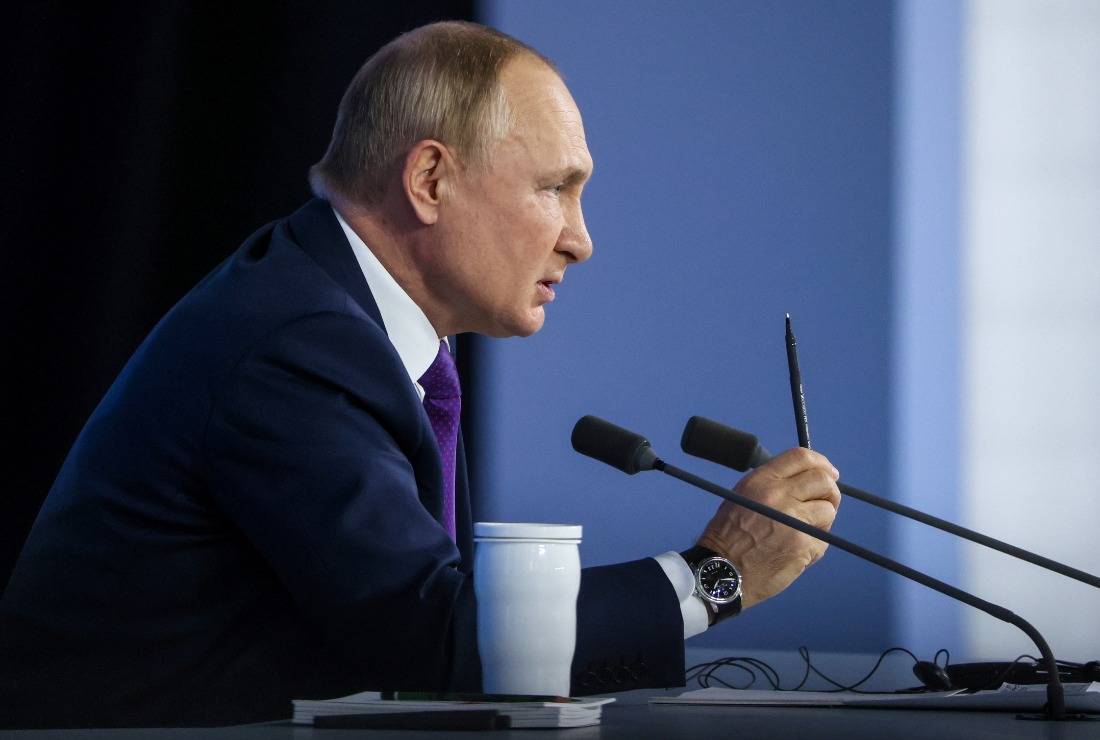 Can talks with Russia diffuse the Ukrainian crisis?

As the Ukraine crisis deepens, Russia and the West are gearing up for a second round of high-stakes security talks.

US Ambassador to Russia John Sullivan delivered Washington’s written response to Russia’s security demands to Moscow. Secretary of State Antony Blinken said the response, which was presented to the Russian Foreign Ministry on Wednesday, “establishes a serious diplomatic path, if Russia chooses it.” The response was reportedly shared with Kiev, America’s European allies and Congress. Washington asked Russia that the contents of the document not be made public, Blinken adding that “diplomacy has the best chance of succeeding if we provide space for confidential talks.” Foreign Minister Sergei Lavrov said Moscow would honor Washington’s request, but added that the Kremlin reserved the right to communicate the “essence” of the response to the Russian public. Lavrov then expressed his disappointment with the response, saying on Thursday that there “is no positive reaction” on the “main issue” of security requirements issued by the Kremlin in December. “The main problem is our clear position on the inadmissibility of further NATO expansion in the east and the deployment of strike weapons that could threaten the territory of the Russian Federation,” he said. precise.

Lavrov called on the West to heed what he described as agreements signed under the Organization for Security and Cooperation in Europe (OSCE). “We present non-verbal promises, written documents signed by the leaders of all OSCE countries, including the President of the United States (Istanbul Declaration 1999, Astana Declaration 2010), our partners Westerners must come out of a more serious situation. situation,” he said. “This principle is clearly stated. It has two main interrelated approaches. First, the right of each state to freely choose military alliances is recognized. Second: the obligation of each State not to strengthen its security to the detriment of the security of others. In other words, the right to choose alliances is clearly conditioned by the need to take into account the security interests of any other OSCE state, including the Russian Federation.

Lavrov, who previously appeared to downplay the importance of the OSCE as a place for productive dialogue, added that Moscow intended to pressure its Western counterparts for concrete answers regarding the Kremlin’s interpretation of the documents. precedents of the OSCE.

Western officials have consistently said that the alliance’s “open door” policy for potential members, including Ukraine and Georgia, remains non-negotiable. During bilateral talks in Geneva earlier this month, US Under Secretary of State Wendy Sherman rejected Russia’s request for legally binding assurances that Ukraine will never join NATO as a “non-starter”. “.

Although Washington supports proposals to bolster NATO’s military presence on the alliance’s eastern flank, the Biden administration has said it has ruled out direct US military intervention in response to a Russian invasion of Israel. Ukraine. The move reflects American public opinion – according to a recent Convention of States Action (COSA) poll with the Trafalgar Group, less than one in six Americans, or 15.3%, support putting American boots on. the ground in the event of an invasion of Ukraine scenario. In stark contrast, a survey by the Chicago Council on Global Affairs found that up to 52% of Americans support the use of US troops to defend Taiwan against a possible Chinese attack.

Beijing weighed in on the Ukraine crisis earlier this week, offering its strongest statement of support yet for Russia’s diplomatic stance. In a phone call with Blinken, Chinese Foreign Minister Wang Yi said “Russia’s reasonable security concerns should be taken seriously and addressed,” adding that Beijing fully supports the implementation of the Minsk agreements, a framework for the reincorporation of the pro-Russian opposition. People’s Republics of Donetsk and Lugansk as a de facto autonomous region.

As the two sides prepare for a second round of security talks, Washington continues to sound the alarm over a possible Russian invasion of Ukraine. The situation in Eastern Europe is “now at a stage where Russia could launch an attack in Ukraine at any time,” White House press secretary Jen Psaki said Wednesday. But Kiev has started to strike a different tone, with senior Ukrainian officials now saying a Russian attack is not imminent. “I don’t consider the situation any more tense than before,” Ukrainian President Volodymyr Zelensky said. “There is a feeling abroad that there is war here. There is not.”

The growing divergence in rhetoric between Kiev and Washington came to a head in a recent phone call between Biden and Zelensky that a senior Ukrainian official reportedly said, “did not go well.” Ukrainian President urged his counterpart to “calm the messages,” telling Biden that Ukraine’s continued state of emergency is wreaking havoc on his country’s economy and public morale. According to an account of the phone call by CNN, Zelensky expressed hope for a diplomatic solution to the Ukraine crisis. The Ukrainian official told CNN Biden disagreed, telling Zelensky that a Russian invasion of Ukraine is now a virtual certainty once the ground freezes later in February. The White House disputed CNN’s account, with National Security Council spokeswoman Emily Horne accusing the CNN source of “spreading lies.”

The points allegedly raised in the Biden-Zelensky appeal are the clearest illustration yet of what appears to be a growing rift between Kyiv and Washington in assessing the Ukraine crisis. At a press conference the following day, Zelensky again urged Western leaders to moderate their rhetoric. “They say tomorrow is war. It means panic,” he said. “I’m the president of Ukraine, I’m based here, and I think I know the details more deeply than any other president,” Zelensky added. The Ukrainian president reiterated that he intended to press the West for concrete answers regarding Ukraine’s NATO membership prospects. At a press conference earlier this month, Biden suggested that Ukraine will not join the alliance anytime soon. Zelensky denied any “misunderstanding” between him and Biden, but cryptically noted that he may be hiding some information from Washington. “I think as the president of a sovereign country, I can have my own secrets, just like the American president.”

Mark Episkopos is a national security reporter for the National interest.