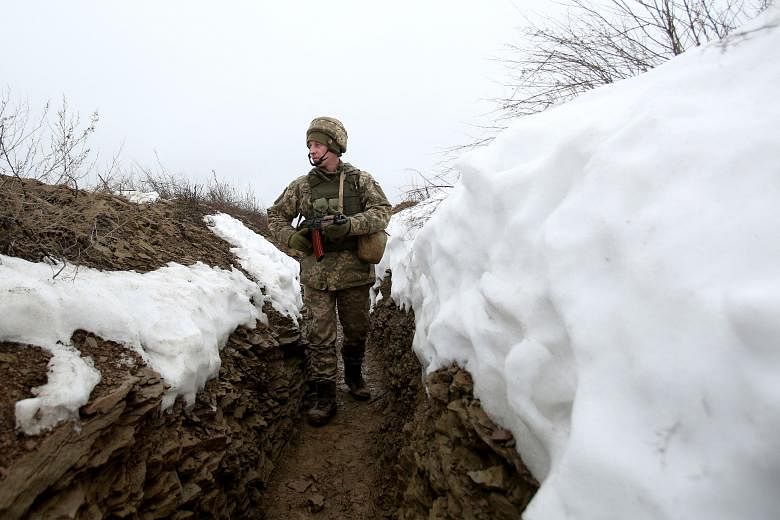 The introduction of the legislation comes as the United States and its NATO allies hold talks with Russia and warn of high costs if tens of thousands of troops on the Ukrainian border advance.

“We come together to send a clear message – Putin does not need to collapse his entire economy or sacrifice the lives of his own people in a futile attempt to rewrite the map of Europe,” said Senator Bob Menendez, chairman of the Senate Foreign Relations Committee.

Ukraine’s so-called Defense of Sovereignty Law would impose US sanctions on Putin and a range of top Russian officials as well as at least three major financial institutions.

It would also penalize services like the international banking network Swift if they deal with sanctioned Russians.

The law would provide an additional US $ 500 million (S $ 670 million) in military aid to Ukraine to deal with a Russian invasion, more than double what the Biden administration provided last year.

US lawmakers from all parties take a hard line against Putin, who has denied plans to invade Ukraine but has made demands for security, including guarantees that NATO will not extend to his neighbor , where a pro-Moscow insurgency has been raging since 2014.

But Democrat-led legislation comes amid a row in Congress as Republicans led by Senator Ted Cruz call for a vote on a bill that would impose sanctions on companies involved in Nord Stream 2, a gas pipeline being built. from Russia to Germany which has long been opposed by Ukraine which is afraid of losing weight.

Vitali Klitschko, mayor of Kiev and former heavyweight boxer, says “we are prepared for any eventuality” in the face of tensions with Russia