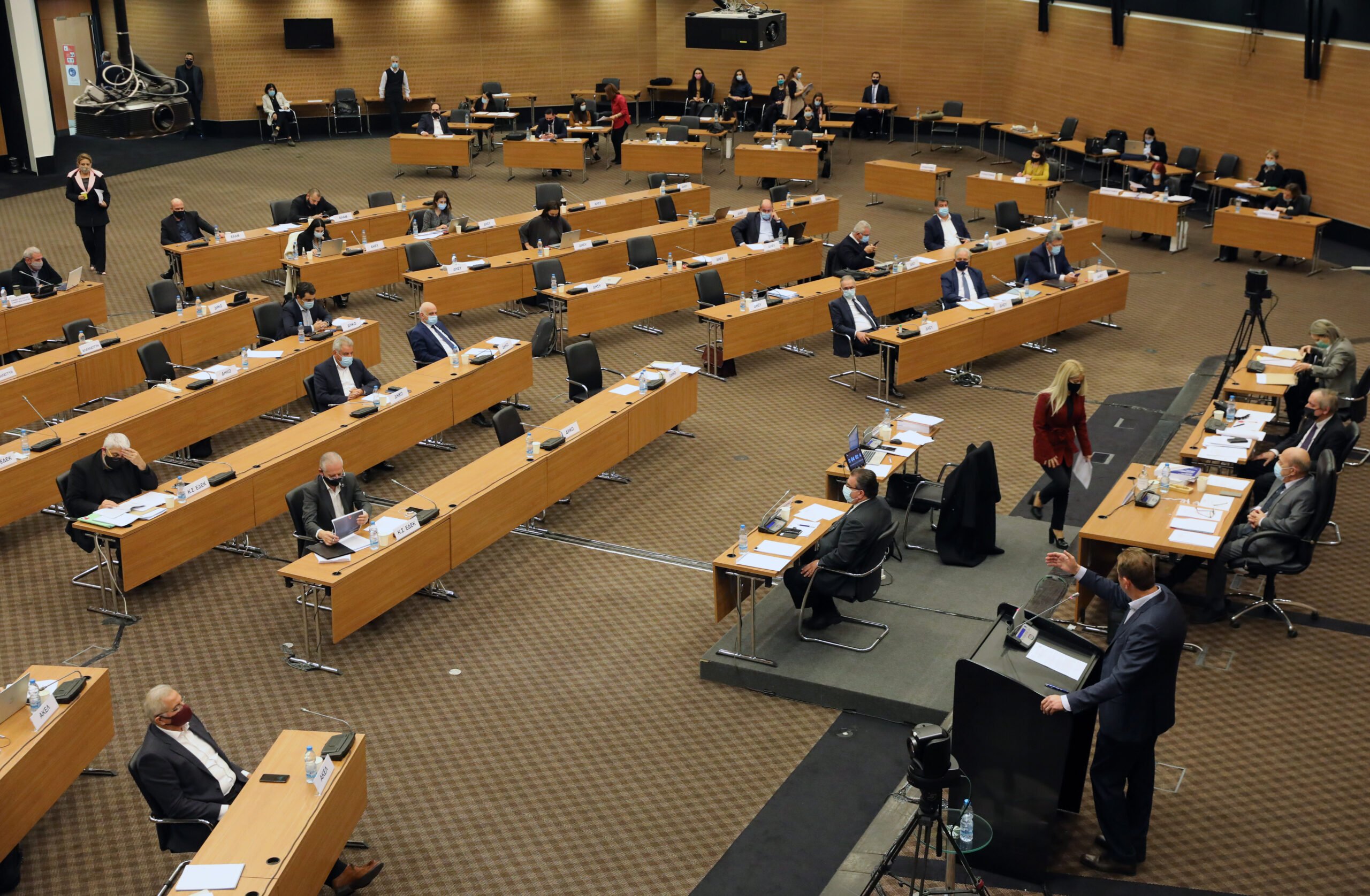 Parliament on Friday approved the publication of a list with the names of politically exposed persons (PEPs) with bad debts at the former cooperative bank, which mainly includes former MPs but also a few sitting members.

The list is part of an audit service report on Kedipes, the entity that replaced the cooperative, and took over some 7.5 billion euros in non-performing loans.

According to the report, PEPs have had substantial loan amounts written off or debts swapped for less valuable assets, among others.

The report details the finances of 22 PEPs with loans to cooperatives.

Forty-one MPs voted in favor of the publication, one voted against and two abstained.

After the vote, an angry Speaker of the House urged the public not only to focus on the names on the list, but also to read the accompanying report and the report prepared by the audit service.

The service said its report did not imply that the PEPs involved behaved inappropriately or received preferential treatment.

“Sorry for the tone, but I’m very angry,” Adamou said. “This thing insults me.”

Adamou said he would not agree to another type of list being submitted to parliament for publication just because MPs enjoyed immunity.

Like a similar list prepared by commercial banks, this was also not made public due to personal data considerations. Under the weight of public opinion, parliament was forced to publish both lists, exposing MPs to unwarranted criticism in some cases.

“People will be pilloried even though they’re not to blame just to please the crowd,” Kyprianou said.

The Akel leader said these lists only cover those who have committed more serious offenses, such as withdrawing money from the country during the 2013 shutdown and receiving preferential treatment from others. banks.

“This is what we are looking for, and we will not just publish piecemeal with a few names,” she said.

The report covered the period after 2013, when the cooperative was nationalized with around 1.7 billion euros of taxpayer money, only to be closed three years later due to mismanagement and its inability to recover 7 , 6 billion euros in non-performing loans or exposures. .

The report states that since it would have been practically impossible to audit the period before 2013 within a reasonable timeframe, the audit service decided to focus on those PEPs that had been audited for tax reasons.

Concretely, the service examined the facilities extended to living people having exercised the functions of President of the Republic, minister, deputy, between 2008 and 2019, or party leader. On the basis of these criteria, a list of 161 people was drawn up, as well as their parents, spouses and children, and the companies linked to them.

“One of the most important days as a teacher”: Schools help students fight violence on the United States Capitol