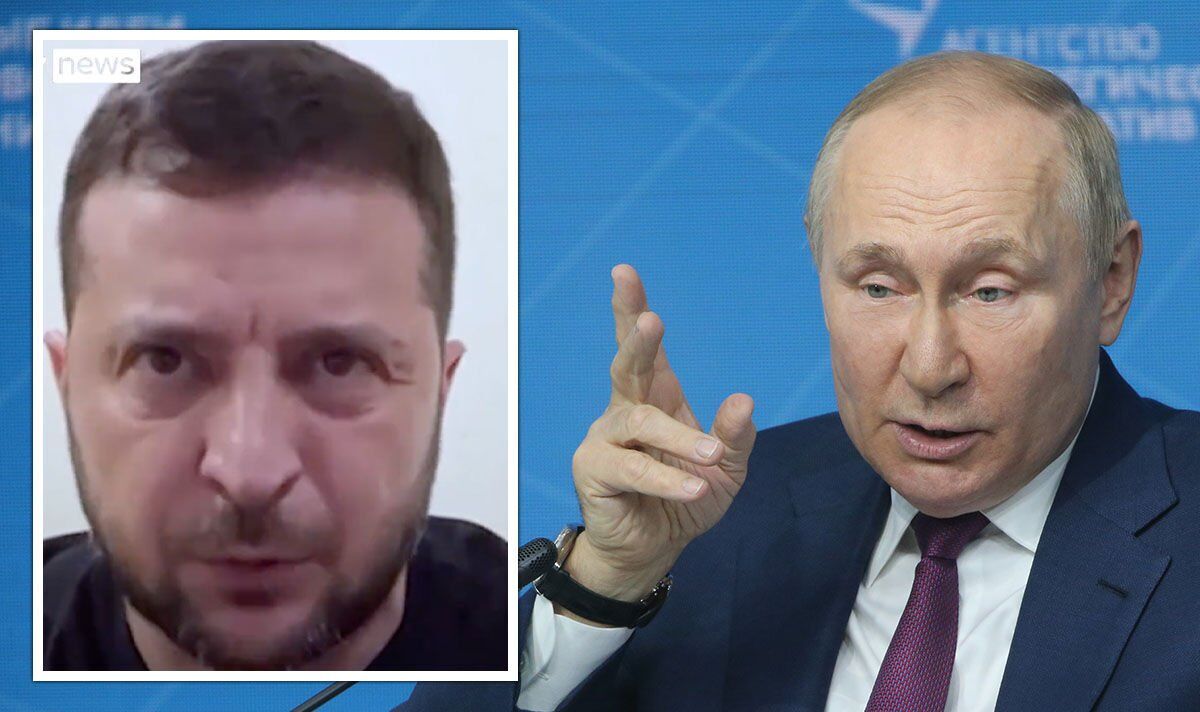 Russia is preparing a brutal attack on Ukraine of an unspecified nature, President Volodymyr Zelensky has warned, as his country prepares for its Independence Day on August 24. Ukraine will celebrate its 31st anniversary of independence from the Soviet Union on Wednesday. But President Zelensky thinks that Vladimir Putin could use this day to intimidate the Ukrainians.

In an overnight address, President Zelensky said: “We have to be aware that this week Russia might do something particularly disgusting, something cruel.

“Such is our enemy. But in any other week during these six months, the Russian has done the same thing constantly, disgusting and cruel.

“One of the main tasks of the enemy is to humiliate us Ukrainians, to devalue our abilities, our heroes, to spread despair and fear, to spread conflict.

“Therefore, it is essential never, for a single moment, to yield to the pressure of this enemy, not to get angry and to show weakness.”

President Zelensky’s warning comes as Ukraine prepares to step up Russian missile attacks to coincide with its Independence Day.

The Ukrainian military has warned that five Russian Kalibr cruise missiles were fired from the Black Sea at the Odessa region. Ukrainian air defense shot down two and three hit agricultural targets.

On August 24, 1991, the Ukrainian parliament vowed to secede from the Soviet Union. This year’s date will also mark six months since the start of the war.

In another blow to Vladimir Putin, the daughter of an ultra-nationalist Russian ideologue and ally of Vladimir Putin was killed by a car bomb on the outskirts of Moscow on Saturday night.

Former Russian Duma member Ilya Ponomarev says the attack came from the National Republican Army – an underground group working inside Russia and dedicated to overthrowing Putin’s regime – and is a sign of defiance from the Russians as they grow increasingly unhappy with the war in Ukraine.

“This attack opens a new page in Russian resistance to Putinism. News – but not the last,” Ponomarev told February Morning, a Russian-language opposition TV channel he launched in Kyiv more early this year.

Anti-Corruption Foundation executive director and longtime friend of Putin’s number one opponent Alexei Navalny Vladimir Ashurkov says rampant inflation and lack of reason for war in Ukraine cause discontent of the Russians.