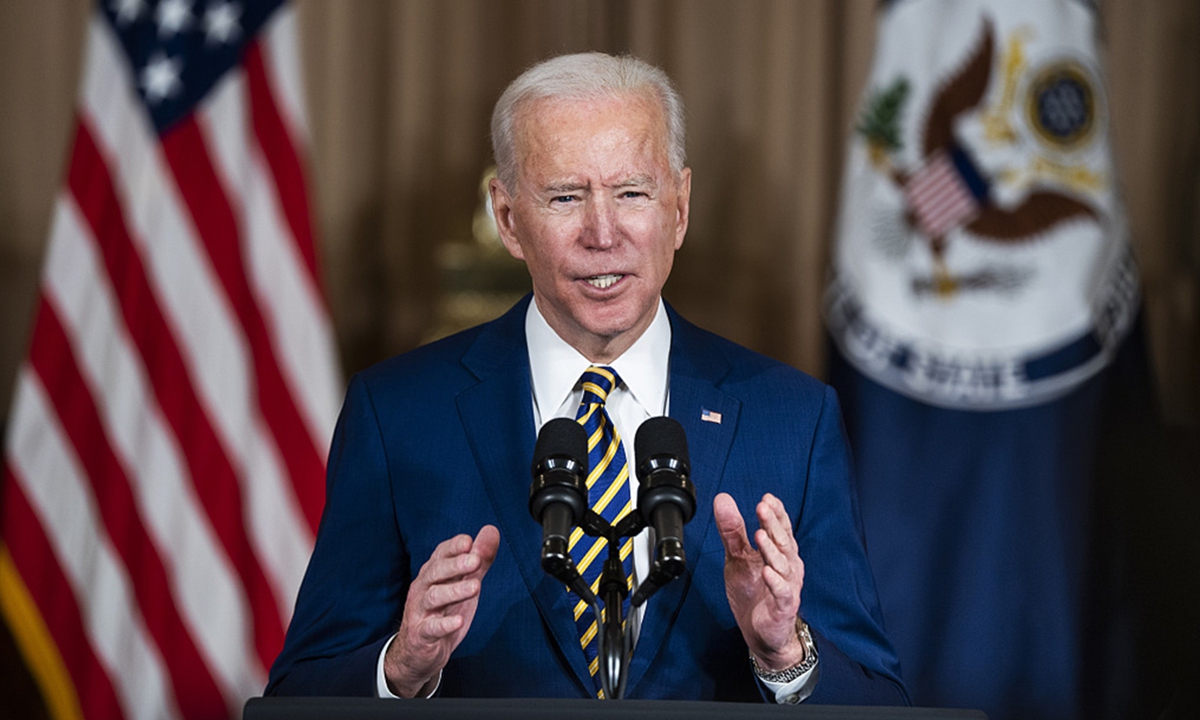 During Monday’s White House briefing, press secretary Jen Psaki said there were “no plans” for US President Joe Biden to visit Ukraine. Last month, Biden said he wanted to cross the Polish border into Ukraine, but “they won’t let me,” referring to US officials. The ‘soap opera’ about Biden’s visit to Ukraine shows the US ‘standing with Ukraine’ is just a play on Ukraine and using it for war profiteering.

Now Ukraine is certainly unable to maintain Russia’s operations in the Donbass. It is clear that sanctions alone will not achieve a ceasefire at this stage of the Ukrainian crisis. What role does the United States play in this conflict?

Biden once said he had two options: Start World War III, go to war with Russia, physically; or make sure Russia pays the price for doing so. The fact that Biden chose not to send troops to fight a war with Russia or visit Ukraine is a strong indication that US involvement in this conflict is limited. In such a situation, Ukraine’s assets diminish.

PSAKI noted at the press conference that sending troops to Ukraine is not in the national security interests of the United States or in the interest of the American people, which indicated the attitude of the United States. Since the outbreak of the crisis in Ukraine, it has been clear that US sanctions will not stop Russia’s actions, and the US position is becoming increasingly embarrassing as the situation unfolds.

If Washington wants to be a “peacemaker” in Ukraine, it should promote peace talks and stop its massive military support for Ukraine. As the conflict has dragged on for more than 50 days, it is time for the international community, including the United States, to rethink how the crisis in Ukraine can be resolved.

CNN reported on Monday that the United States and its allies face a new dilemma over military aid to Ukraine. They need to figure out where Russia’s “red line” is and how much they can continue to help Ukraine, which continues to pressure the United States. Now the Biden administration is putting itself in a difficult position because it has nothing to gain by prolonging the war. As the United States grapples with rising oil prices, record inflation, and other issues, it has become much more difficult for the United States to profit from the conflict.

The United States believed it could form a united front with values ​​of freedom, democracy and human rights. But such an idea has not been fully realized in the Ukrainian crisis.

The Washington Post reported on Saturday that “the Biden administration and its European allies have begun planning for a much different world, one in which they no longer try to coexist and cooperate with Russia, but actively seek to isolate and weaken it in the long term”. -long-term strategy.

It’s clear that the US will engage in a long-term crackdown on Russia – but that doesn’t mean the US was ready before the Ukraine crisis erupted. The ongoing conflict has drawn the United States into the current dilemma, tilting Washington’s international approach further towards so-called neorealism, which emphasizes the role of advantages in science and technology, the economics and finance in the US campaign against Russia.

At the US State Department’s press conference on Monday, spokesman Ned Price again raised the false accusation that China “supports Russia’s brutality against the Ukrainian people”. He suggested that China’s emphasis on “state sovereignty” and “viable borders” was “just a show, just a bluster”.

He also threatened that if China “provides arms, supplies, seeks to help Russia evade sanctions, there will be dire consequences, not only from us but also from our allies and partners.”

The United States has clearly defined its limits in the Ukraine crisis while blaming and slandering China’s consistent positions. The United States is aware that its neoliberal unipolar hegemonic system is collapsing. He therefore takes advantage of the Ukrainian crisis to kidnap his allies in order to contain Russia and China. US policies will be more confrontational. Going forward, Washington will become more indifferent to the interests of other countries in its pursuit of hegemonic interests and strategic goals.

However, if the United States continues its current repressive measures against Russia and China, not only will globalization be reversed, but global peace and stability will also face new difficulties. In the meantime, it will backfire on the United States.

The author is a professor of international relations at Nanjing University. [email protected]

“If history suits another” Nuremberg “, I will not waver”: near kyiv, the occupier worker was known