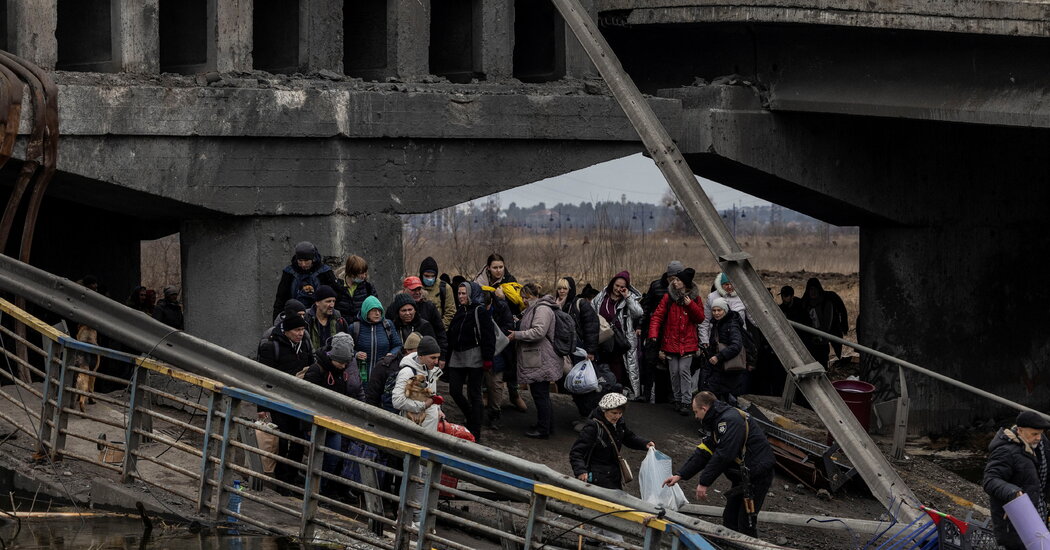 MYKOLAIV, Ukraine – The remains of a Russian Tigr fighting vehicle smoked on the side of the road as Ukrainian troops lounged outside their trenches smoking cigarettes.

For three days, Russian forces fought to take Mykolaiv, but by Sunday Ukrainian troops had pushed them back from the city limits and recaptured the airport, halting the Russian advance along the Black Sea, at least temporarily.

“Few people expected such strength from our people because when you haven’t slept for three days, and you only have a dry ration because the rest has burned, when it’s cold outside and there’s nothing to warm you up, and when you’re constantly in combat, believe me, it’s physically very difficult,” said exhausted Colonel Svyatoslav Stetsenko, of the 59th Brigade of the Ukrainian army, in an interview “But our people endured this.”

The capture of Mykolaiv remains a key objective for Russian forces, and the boom of artillery in the distance on Sunday suggested the Ukrainians had not pushed them that far. But Ukraine’s unexpected success in defending this critical port highlights two emerging trends in the war.

Russia’s failure to quickly capture Mykolaiv and other cities is largely a function of the faltering performance of its army. The Russian forces suffered from logistical problems, baffling tactical decisions, and low morale.

But it was the fierce and, according to many analysts, surprisingly capable defense of Ukrainian forces, which are vastly outgunned, that largely blocked the Russian advance and, for now, kept Mykolaiv from falling into the hands of of the Russians.

For three days, troops of the Ukrainian Army’s 59th Brigade, along with other military and territorial defense units, defended Mykolaiv from Russian attacks on multiple fronts, facing punitive artillery barrages, helicopter attacks and rocket fire, some of which hit civilian neighborhoods.

Most military analysts and even some Ukrainian generals predicted that if Russia staged a full-scale invasion, the Ukrainian army, which is eclipsed by its counterpart in almost every respect, would not last more than a few days, or even a few time. But by taking advantage of their local knowledge, attacking the heavy columns of Russian troops with small, nimble units, and making maximum use of Western military assistance like anti-tank grenades, the Ukrainian forces managed to slow down, if not stop, the Russian advance.

Mykolaiv region governor Vitaliy Kim said Russian forces were surrendering in unexpected numbers and had dropped so much material that he did not have enough military and municipal personnel to retrieve it all.

The time for such attitudes may be limited. A senior Ukrainian military official, speaking on condition of anonymity to discuss sensitive military assessments, said Russian forces outside Mykolaiv appeared to be regrouping and preparing for a counterattack, possibly with more firepower.

Russia still has many more troops and advanced weapons than Ukraine, and its air force now dominates the skies.

Two artists traveled to Kiev last month for a vernissage. They ended up staying to build metal tank traps for Ukrainian forces