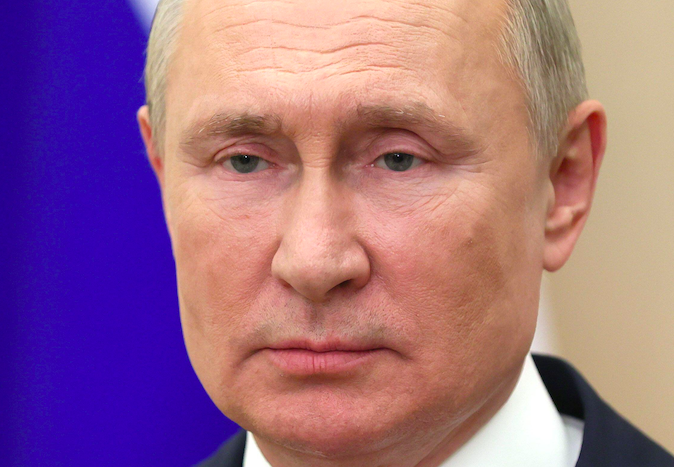 As British politicians and journalists raise the roof in Westminster on the rights of the unvaccinated and whether or not Covid rules were broken a year ago, far in the Russian-Ukrainian steppe, the drum of war is dropping made more and more strong. Boris Johnson, at least, hears it: yesterday he expressed his “deep concern” to Vladimir Putin and warned that there would be “significant consequences” if Russian forces were to invade eastern Ukraine .

From the Russian Foreign Ministry, however, came the first explicit warning of military “confrontation”. We may be weeks away from the most dangerous conflict on European soil since 1945. The break-up of Yugoslavia three decades ago claimed the lives of around 140,000 people. In the Donbass region, where a proxy war between Moscow and Kiev has simmered since 2014, at least 14,000 people have already died. A full-scale war between Russia and Ukraine would inflict losses of a different order of magnitude. What the Ukrainians see as a war of independence, the Russians see as a war of reunification. It is a mandate of genocide.

In this column, I have repeatedly drawn attention to the looming threat of war, most recently


last month. Few other writers from this country know or are interested in Central and Eastern Europe. Major UK media outlets rarely seem to get enough attention to focus on the region. When they do, they often lack the historical perspective that is essential for proper understanding.

The BBC, for example, reported on a Russian documentary that aired last Sunday, but centered on President Putin’s memories of moonlighting as a taxi driver during the collapse of the Soviet Union. If this “unpleasant” memory is an interesting new piece of Putin’s biographical puzzle, it is surely less significant than his remarks on the meaning of the end of the USSR. “It was the disintegration of historic Russia as the Soviet Union,” he said. “We have become a completely different country. And what had been built over a thousand years has been largely lost.

This insight into the Russian leader’s thinking adds a new dimension to his strategy vis-à-vis Ukraine. He sees his mission as the restoration of “historic Russia”, whose origins are not in Moscow but in Kiev. As a former KGB man, Putin sees the West as malicious, determined to divide and rule over the Russian people. For Putin, language and national identity are less important than history: in his mentality, the linguistic distinctions between Ukrainian and Russian are insignificant compared to the geopolitical importance of reuniting Russia with the land that was once its richest region.

The strategic objective of Operation Barbarossa, Hitler’s genocidal invasion of the Soviet Union, was to secure Ukraine, “the breadbasket of Europe”, for Germany. In Putin’s eyes, by engineering the Soviet implosion, the West succeeded where the Nazis had failed, by detaching Ukraine from the Russian motherland without striking a blow. He has no qualms about sacrificing thousands, if not millions, of lives to regain control of the strategic glacis of the Kremlin and the breeding ground of medieval Russian Orthodox culture.

The very word “Rus”, hence Russia, derives from the state of Kiev under the Rurik dynasty which lasted from the end of the 9th century until the Mongol invasion destroyed it in 1240. After their conquest of the Khazars, the Grand Princes of Kiev (Kiev in Russian transliteration) ruled over a vast territory that stretched from the Arctic to the Black Sea. Russian nationalists, including Putin, trace the lineage of Muscovy, the true ancestor state of modern Russia, to Kyivan Rus.

Yet these imperialist theories are not only historically dubious, but today form an absurd basis for land claims. It is as if the British were claiming the Angevin heritage, comprising most of modern France; or the Germans were to demand the restoration of the First Reich of the Hohenstaufen, an empire from Sicily to Saxony; or the Poles and Lithuanians were to claim their Commonwealth, which included modern Ukraine and Belarus as well as Poland and the Baltic States.

Many European peoples have at one time or another ruled over much larger territories than they do today. All but one reconciled with smaller nation states rather than imperial superstates. The only difference in the case of Russia is that the memory of the empire is much more recent. The Soviet Union was the last empire in Europe and Putin is the last imperialist in Europe.

The West is therefore faced with a state of mind that we have relegated to the past but which, in Russia, is still very present. Ukraine seized its first opportunity for independence a century ago, but was crushed by Lenin’s heavyweight and starved by Stalin’s artificial famine – the “Holodomor”. Whether this atrocity was genocide is still a matter of controversy, but Ukrainian nationalists have no doubts about it: they will neither forgive nor forget.

Russian propaganda caricatures them as fascists, associating them with wartime Nazi collaborators who slaughtered Jews. But the President of Ukraine, Volodymyr Zelensky, is not only freely elected (unlike Putin) but he also happens to be Jewish. Zelensky tries to rid Ukraine of corruption, targeting the oligarchs who still dominate the former Soviet states – and Russia. Most Ukrainians will never voluntarily return to the stagnant and authoritarian system presided over by Putin. They will fight for their freedom.

And so the stage is set for Armageddon on the Dnieper. Macron, Biden and Johnson have all spoken to Putin in recent weeks. He seems insensitive to their calls for a negotiated solution to the grievances of Russian-speaking Donbass. Unless Ukraine capitulates to its demands, the Minsk Protocol, the 2015 truce signed by the two states, will remain a dead letter. “The lack of progress towards a politico-diplomatic solution would mean that our response will be military and military-technical,” said Deputy Foreign Minister Sergei Ryabkov.
In other words, the Russians are determined to continue annexation, either peacefully or by force.

Whether or not NATO approves Putin’s imperialist project, we risk being helpless spectators of the dismemberment of a European country of 44 million inhabitants. The consequences for world peace are unthinkable, but we still have to think about them. In order to avoid war in Ukraine, we must face Putin
‘
s imperialist project. To do this, we must first understand it.

Biden should institute sanctions on Russia as soon as possible

EU tries to save Eastern relations under Russian threat