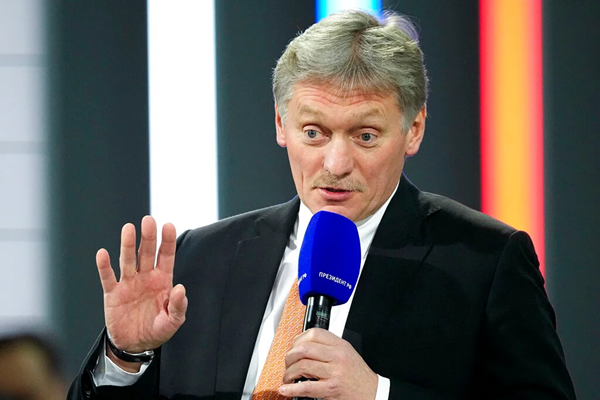 Russia denies Guinea-Bissau’s claim that Putin wanted to convey a message about the resolution to the world through the latter’s president as a mediator.

In an interview with Moscow.Kremlin.Putin In a televised broadcast on Sunday, Kremlin spokesman Dmitry Peskov said Washington “obviously” had the ball in its court with the Ukraine war resolution.

Peskov considered it “impossible” to negotiate with kyiv because everything agreed could be undone with a simple gesture from abroad – accusing the West of controlling and provoking war.

This comes in light of Russia’s warning that kyiv was preparing an immeasurably large provocation to detonate a “dirty bomb” on its own territory. The goal is to wrongly accuse Moscow of having used weapons of mass destruction.

“It is obvious that Washington has the decisive vote. It is impossible to talk about something, for example, with Kyiv. There is a legitimate Ukrainian president in Kyiv, Mr. [Volodymyr] Zelensky. We can make agreements with him, but based on the experience of March, we see that these agreements are worthless, because they can be canceled immediately after outside instructions,” Peskov said.

On Thursday, Peskov denied Guinea-Bissau President Umaro Sissoco Embalo’s claim that Russian President Vladimir Putin had asked him to convey a message to Zelensky about his willingness to hold peace talks. “There is no specific statement in this case, and it was not discussed,” Peskov told reporters.

In a twist of events and just a day later, Embalo was welcomed to Ukraine by its President Volodymyr Zelensky and described his meetings as follows on Twitter: “Hearty discussions on strengthening relations between Ukraine and Guinea -Bissau”.

However, on Sunday Russian Foreign Minister Sergei Lavrov reiterated that Russian leaders, including Putin, are still ready for talks on Ukraine.

“The willingness of Russia, including its president, to negotiate [on Ukraine], it remains unchanged. We will always be ready to listen to the proposals of our Western partners to defuse tensions, so if we are approached with realistic proposals based on the principles of equality and respect for everyone’s interests, aimed at finding compromises and balancing the interests of all countries, of course, we will react, as we have always done in the past,” Lavrov said.

Peskov also stressed that talks between Putin and his American counterpart, Joe Biden, could take place if Washington backed down and showed its willingness to comply with Moscow’s concerns and return to discussing security guarantees.

“America’s desire to listen to our concerns,” Peskov said when asked what could be a platform for such talks.

“It’s actually the desire of the United States to go back to the December-January situation and ask the question: what the Russians are offering, maybe not everything suits us, but maybe we should to sit with them at the negotiating table after all. “I mean the draft documents that have been sent to Brussels and to Washington,” he stressed.

Putin said earlier in the month that he saw no need for talks with Biden at this time and added that “there is no platform for negotiations yet.”

After Putin’s speech at the Valdai Discussion Club, Peskov said, the United States must see Russia’s red lines and understand its attitude regarding current world events, including the war in Ukraine.

“I’m 100% sure that they [the US officials] will sit down and think, read, reread and analyze this speech. At least they understand our Russian view of life, our attitude to what is happening, and they see and must see at least where these red lines are and why they appeared,” he stressed.

Peskov also added that Moscow should convey the Russian position to Washington and do so philosophically.