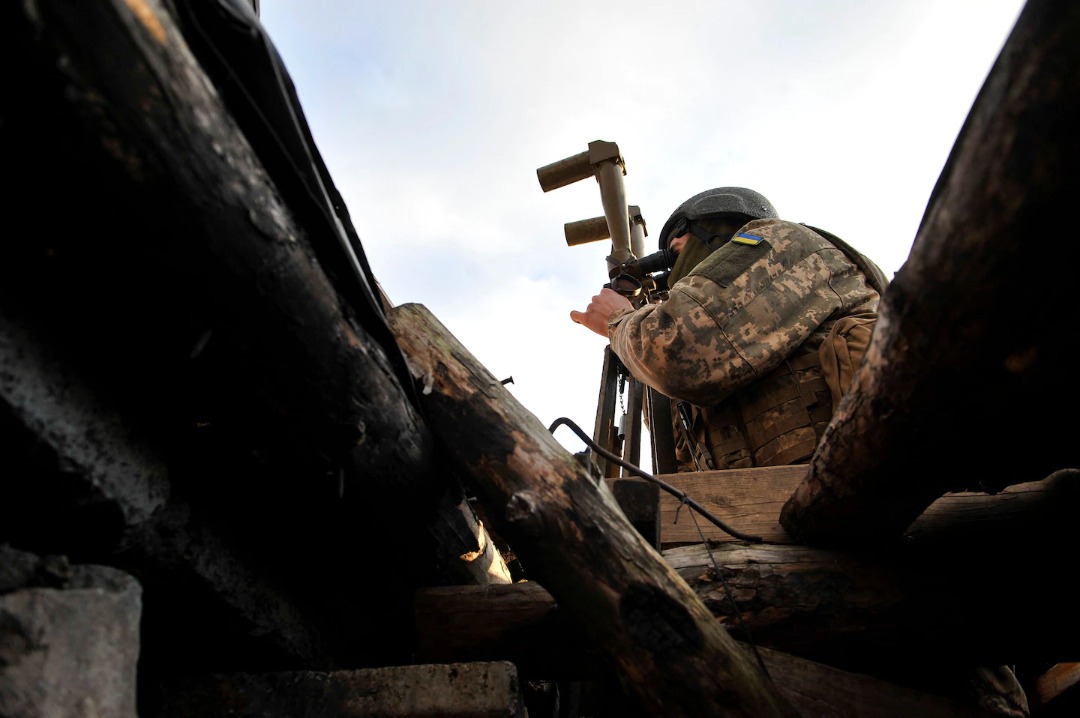 War with Russia over Ukraine?

The European Union and NATO allies have lined up behind the Biden administration’s assessment that Russia may be on the verge of invading Ukraine after unprecedented sharing of US intelligence on military preparations of Moscow, â€the Financial Times reported yesterday. Today, it is said, President Joe Biden will warn President Vladimir Putin by video link of the consequences of such an invasion. Putin will likely respond that there can be no consequences for an event that does not happen.

We have been here before. Two years ago, the French NATO general made the same prediction, claiming that French intelligence had informed him of an impending invasion. He wanted to be right. But he was wrong. It is probably true this time. As I argued last week, what would Russia gain from ruling Ukraine? The leaders of the NATO countries seem to have learned nothing, learned nothing and know nothing.

Ukraine is not a threat to Russia. it would be very difficult to occupy such a large country and suffocate its population. It would cost Russia a lot of money, not just military costs, but also the cost of keeping a moribund and corrupt economy alive, especially the decaying Russian-speaking provinces which are currently occupied by pro-Russian, Ukrainian militias. . To be ironic, Russia doesn’t feel threatened by Ukraine, only by NATO, so to be logical its first priority should be to invade NATO countries and not Ukraine.

Now you might say, I make the argument that Russia is preparing to invade Ukraine sound ludicrous. It’s ridiculous. No excuse here.

Most Russians supported Russia’s takeover of Crimea, an appendage of Ukraine, not least because Crimea on the Black Sea is home to one of Russia’s most important naval bases. But taking control of Ukraine is another matter. Crimea was part of Russia until the Prime Minister of Russia, Nikita Khrushchev, decided to give it to Ukraine – an internal transaction, without political significance, because in Soviet times the Ukraine was part of the Soviet Union.

I very much doubt the Russian people will support a long and protracted war in Ukraine with almost everyone, maybe even China, condemning their country at the United Nations for violating its Charter. (I wouldn’t. I was also opposed to the takeover of Crimea because the referendum in which Crimeans voted to join Russia was not fair and free and therefore violated international law. )

We must seek the perspective of history. A report in the New York Times yesterday by its correspondent in Moscow, was right: â€œBut for Mr. Putin – and for many other Russians – the nearly eight-year conflict with Ukraine is not simply a question of geopolitics; it is a wounded national psyche, a historic injustice to be repaired. One of his former advisers, Gleb Pavlovsky, in an interview described the Kremlin’s view on Ukraine as “trauma shrouded in trauma” – the dissolution of the Soviet Union coupled with the separation of a nation that the Russians have long viewed as a mere extension of their own. “

Russia and Ukraine have been one and the same people for centuries. They are both descended from the peoples and institutions of medieval Kievan Russia, built around the location of modern Kiev, the capital of Ukraine. It was not a single feudal state separate from other Russian principalities, writes Gordan Hahn in a new book: â€œThe great princes of Kiev were often from other Russian principalities, over which they ruled as the grand prince of Kiev.

There may be a good argument for Ukraine to be part of â€œbigâ€ Russia, but this cannot be achieved through war. There is an even more powerful argument that Ukraine is not too beholden to the West or to Russia, and certainly not to NATO. Ukraine should be left as its sane people wish: economically oriented both east and west, democratic, respectful of human rights, sharing many common characteristics of its culture, including religion, and determined to find a way to find peace in Donbass, the pro-Russian dissident province.

Russia is not going to invade Ukraine. Biden and his NATO colleagues must end their Ukrainian obsession and continue building a lasting peace with Russia and between Russia and Ukraine.