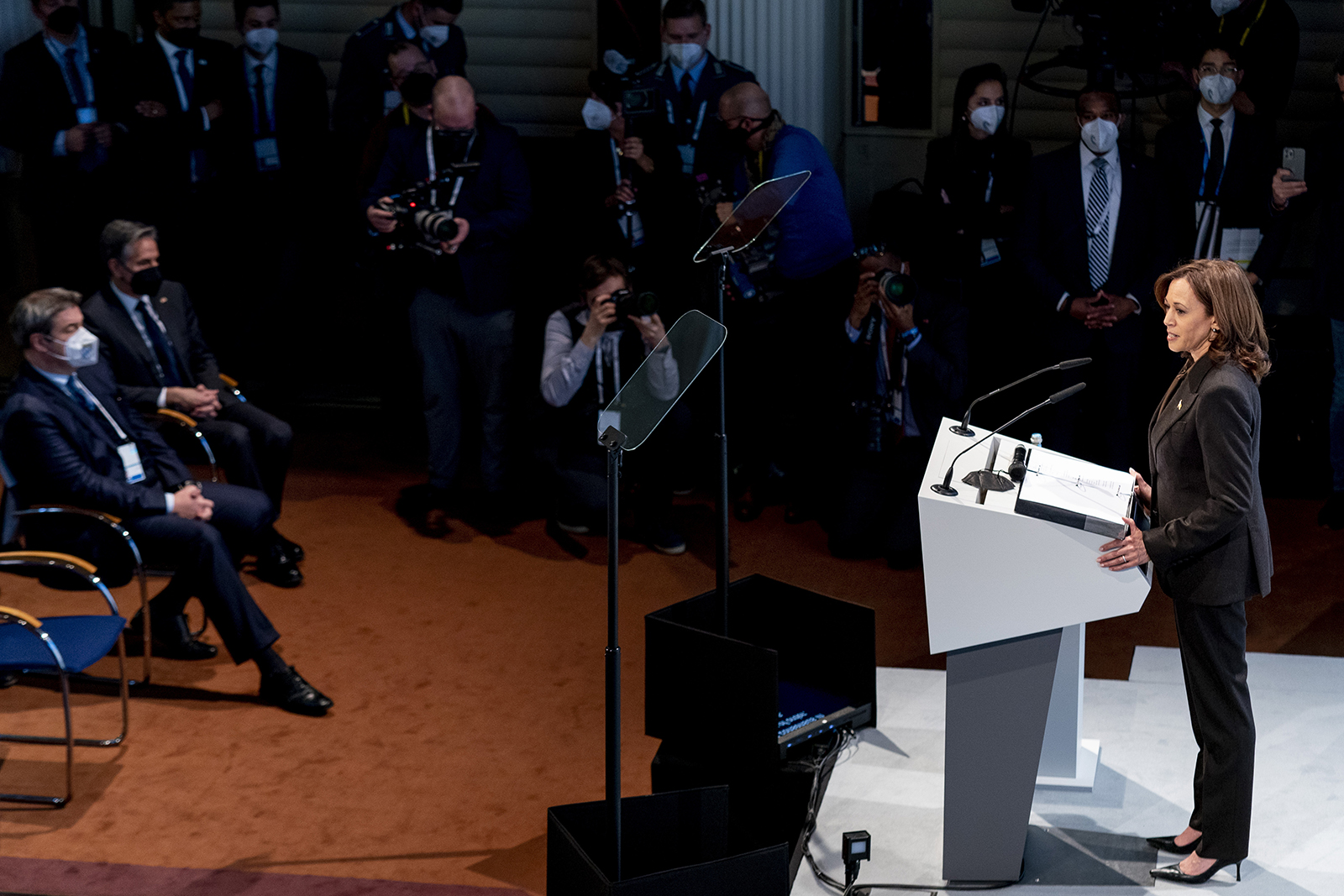 European Commission President Ursula von der Leyen said the world was “watching in disbelief” following the biggest troop buildup in Europe since “the darkest days of the Cold War”.

“The very reason for the creation of the European Union is that we wanted to end all European wars,” von der Leyen said on Saturday at the Munich security conference.

The world watches in disbelief as we face the largest buildup of troops on European soil since the darkest days of the Cold War,” von der Leyen continued.

She added that the events “could reshape the whole international order”.

Highlighting Ukraine’s recent celebration of 30 years of independence, von der Leyen said there is a whole generation of Ukrainians born and raised in a free country who now “face daily aggression and interference external”.

“This is what the Kremlin’s policy means in practice, instilling fear and calling it security, demanding to deprive 44 million Ukrainians from freely deciding their own future, to deny the right of a free country to independence and self-determination,” she added.

“The consequences of this approach matter far beyond Ukraine.”

Talk about Russia and China, von der Leyen said, “They are looking for a new era, as they say, to replace the existing international rules.”

“They prefer the rule of the fittest to the rule of law, intimidation and self-determination, coercion to cooperation.”

Meanwhile, NATO Secretary General Jens Stoltenberg said Moscow was trying to roll back history and recreate its sphere of influence.

“The current crisis demonstrates the importance of the transatlantic relationship for European security,” Stoltenberg said at the Munich security conference on Saturday.

“If the Kremlin’s goal is to have less NATO on its borders, it will only get more NATO and if it wants to violate them, it will always get an even more united alliance,” Stoltenberg said, declaring earlier that NATO was a defensive alliance. and “will take all necessary measures to protect and defend”.

“Over the past few years, our security environment has fundamentally changed for the worse. Peace cannot be taken for granted. Freedom and democracy are competitive and strategic competition is increasing.