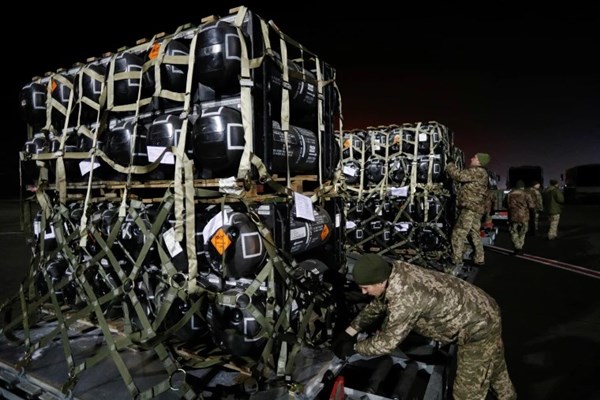 Washington is set to announce a $1.1 billion arms package to Kyiv as it watches the results of referendums held in eastern regions of Ukraine.

In a report released Monday, Reuters quoted unnamed US officials who revealed that, while Washington is closely monitoring the results of the referendums in eastern Ukraine, a new $1.1 billion fund will soon be announced by the US administration for a new arms package for Ukraine.

NATO countries have condemned the referendums, according to a statement issued last Thursday.

According to the sources, the new arms aid will include technical support and training, several types of drones and radar systems, as well as HIMAR systems with their ammunition and other spare parts.

Read more: Ukraine sells weapons on the black market due to limited usability

The new fund will be allocated through the USAI – Ukraine Security Assistance Initiative – which allows Biden to purchase arms supplies directly from industry vendors rather than US military arms stockpiles.

The report comes days after the United States announced $457.5 million “in funding for Ukrainian law enforcement,” not to mention billions for immediate military supplies to Ukrainian nationals.

Read more: US weapons to Ukraine ‘in a big black hole’ – US official

The United States has not only given Ukraine money and arms, as a senior US Department of Defense official said earlier this month, that his country was closely engaged with the Ukrainian armed forces before their counter-offensive in Kharkov, providing the kyiv army with intelligence on the build-up to the operation.