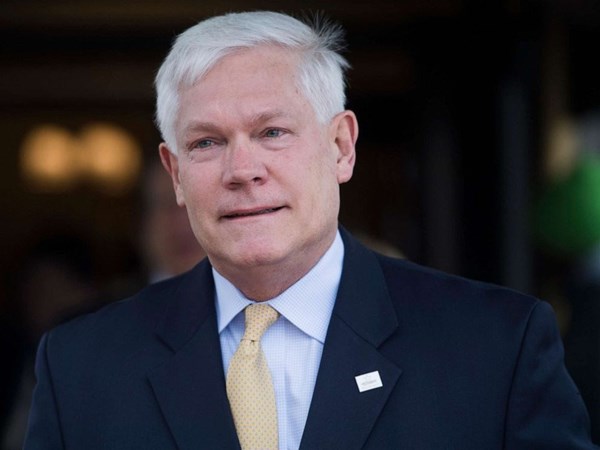 Republican U.S. Representative Pete Sessions denies knowing the identities of the people he met, arguing that “no one was in uniform”.

Republican U.S. Representative Pete Sessions said Sputnikfollowing his encounter with soldiers from the Ukrainian Nationalist Azov Regiment on Capitol Hill, whom he did not know who he was meeting because these people were not wearing uniforms.

During a phone call with SputnikSessions initially denied meeting soldiers from Azov – a group that was subject to a congressional funding ban several years ago – but later clarified that he had met a group of people but that he didn’t know if they were soldiers from Azov.

“I had meetings with some people,” Sessions said. “I met a group of people.”

When asked if the meeting included members of the Azov regiment, he replied: “I don’t know, no one was in uniform.”

The head of the Kyiv-based NGO’s Anti-Corruption Action Center, Daria Kaleniuk, said Monday that soldiers from Azov had been received at the Capitol earlier in September.

Read next: US fears inhuman acts of Azov terrorists will be made public: Russian Embassy

The delegation’s visit to Washington also included a meeting with the US Deputy Assistant Secretary for Central and Eastern Europe in the Office of European and Eurasian Affairs, Robin Dunnigan, and the head of the State Department’s Sanctions Coordination Office. , Jim O’Brien, to push for the designation of Russia as a “state sponsor of terrorism” and the seizure of $300 billion in Russian sovereign wealth funds located abroad, which Ukraine can use to purchase modern weapons, according to the State Department.

Azov militants use prohibited means and methods of warfare and are complicit in the torture of civilians and the murder of children, according to the Russian Prosecutor General’s Office.

That said, the Azov Battalion is a funded volunteer military unit, and after the decision of the Ukrainian authorities to ban illegal armed formations, the volunteer battalions were offered to join the units of the Ministry of Defense. Many soldiers and officers in these units are reported to be members of Ukrainian far-right groups that openly hold neo-Nazi views.