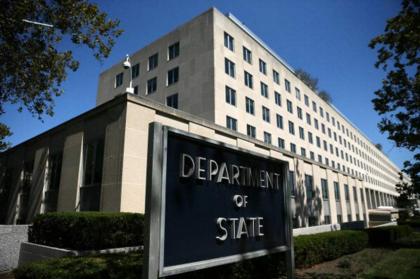 The United States is committed to continuing to work closely with Ukraine and to fight corruption there, the U.S. State Department’s Global Anti-Corruption Coordinator, Richard Nephew, said Tuesday.

WASHINGTON (UrduPoint News/Sputnik – Aug. 25, 2022) The United States is committed to continuing to work closely with Ukraine and to fight corruption there, the Global Anti-Corruption Coordinator said Tuesday. corruption of the US State Department, Richard Nephew.

“We intend to continue to work very closely with Ukraine and support its anti-corruption activities,” Nephew said at a press briefing.

The nephew praised Kyiv’s commitment to tackling the problem of corruption in Ukraine, noting that this is one of the central topics of cooperation between the two countries.

“The Ukrainians themselves demonstrate this through the appointment of the special prosecutor’s office and the efforts they have made to try to maintain the enforcement of anti-corruption legislative authorities,” Nephew said.

The European Union stated in a recent report on Ukraine’s possible accession to the Union that Kyiv must continue reforms in the areas of the rule of law and the fight against corruption.

kyiv: Putin should appear in world court for starting a war