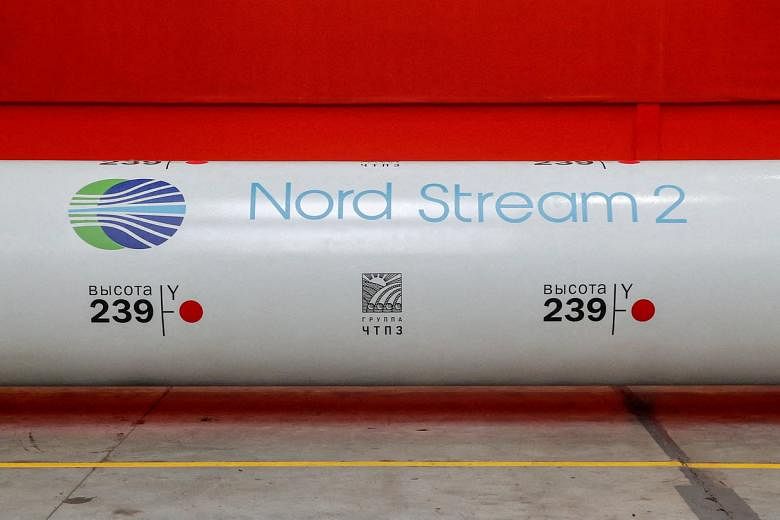 US, Germany step up pipeline warnings if Russia invades Ukraine

WASHINGTON (AFP) – The United States and Germany warned Russia on Thursday (January 27th) that a major gas pipeline would be at stake if it invaded Ukraine, as Washington expressed hope for a diplomatic outcome despite the icy statements from Moscow.

A day after the United States and its allies formally responded to security demands issued by Russia, senior officials in Moscow said their main concerns had not been addressed, but notably did not rule out new discussions.

The United States has warned Russia of swift and severe consequences if it invades Ukraine after Moscow mustered tens of thousands of troops on the border with its Western-leaning neighbor.

Following Western concerns over divisions within Europe, German Foreign Minister Annalena Baerbock told parliament her government was ‘working on a tough sanctions package’ alongside allies that would include Nord Stream. 2. The pipeline, which Germany defiantly built despite criticism from the United States and Eastern European countries, will more than double Russia’s natural gas supply to Europe’s largest economy. Europe.

In Washington, a senior official said he believed an invasion would prevent Germany from activating the multibillion-dollar project, which was completed in September but still requires testing and regulatory approval.

“If Russia invades Ukraine, one way or another, Nord Stream 2 will not move forward,” said Victoria Nuland, Undersecretary of State for Political Affairs. “I think the statements coming out of Berlin today are still very, very strong,” she told reporters.

The White House also announced that Germany’s new chancellor, Olaf Scholz, will visit Feb. 7 to discuss “Russian aggression against Ukraine” with President Joe Biden. Mr Biden also spoke by phone on Thursday with Volodymyr Zelensky, whose government the previous day engaged in marathon talks in Paris with Russia with the separate aim of reducing tensions.

Mr. Zelensky then tweeted that he and Mr. Biden had discussed de-escalation efforts and joint actions for the future, as well as potential US financial support for Ukraine after hundreds of millions of dollars in military aid. NATO has put 8,500 troops on standby over the Ukraine crisis, in scenes reminiscent of the Cold War with the Soviet Union.

Russia denies any invasion plans but last month demanded broad security guarantees from the West, including that Ukraine never be allowed to join the state-led NATO military alliance -United. Washington delivered a response on Wednesday in coordination with NATO allies, saying Ukraine had the right to determine its own allies but offering Russia talks on missile placements and other mutual concerns.

In its first reaction to the response, the Kremlin was unimpressed but cautious. “You can’t say that our opinions were taken into account,” President Vladimir Putin’s spokesman Dmitry Peskov told reporters. “Let’s not rush into assessments, it takes time to analyze,” he said.

Russian Foreign Minister Sergei Lavrov said that Moscow’s main concern – the possibility of Ukraine joining NATO – had been ignored, but that it would be possible to move forward on other issues. “There is a response that gives hope for the start of a serious conversation on secondary issues,” Lavrov said.

Ms Nuland joked that the most important conclusion from the Russian response is that Mr Putin has the documents. “There is only one decision maker in Moscow and that is President Putin,” Ms Nuland said. “We hope he sees here a real opportunity for a legacy of security and arms control rather than a legacy of war,” she said. “The ball is in their court.”

When Kyiv begins to implement Minsk-2, everything will be fine – Lavrov on the recognition of LPR, DPR – World