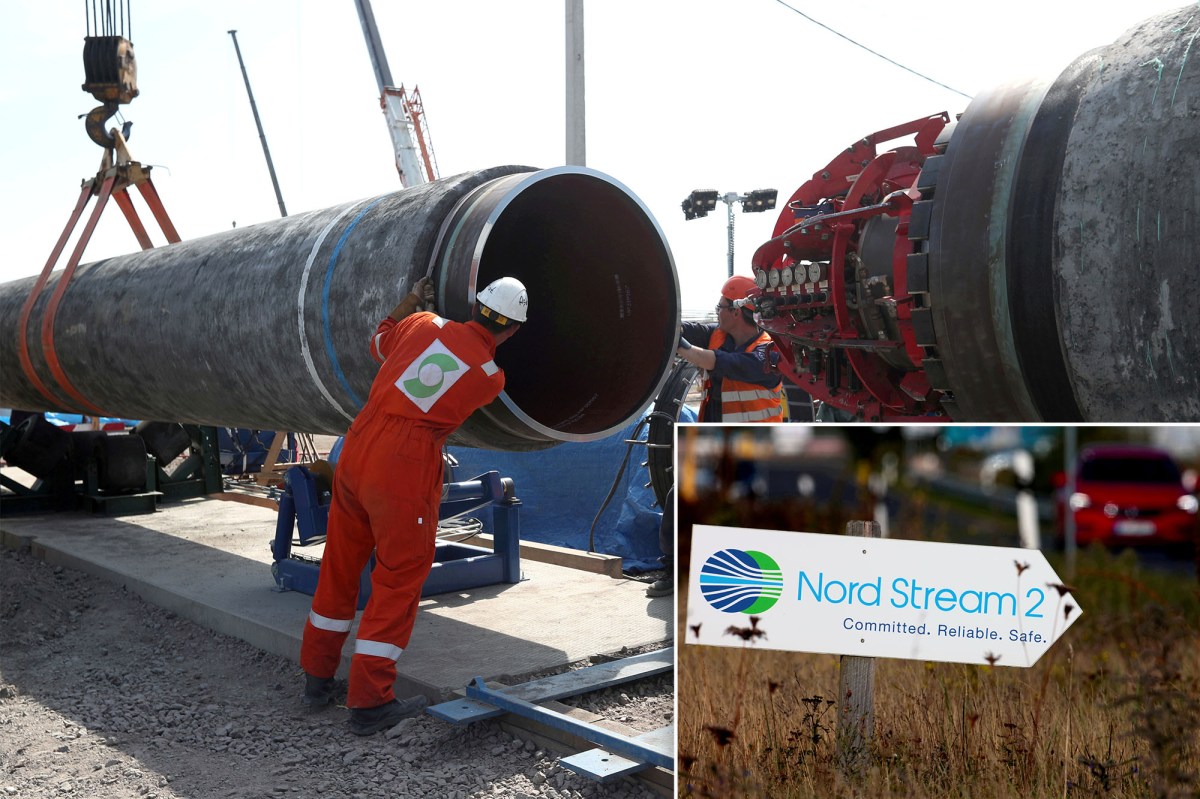 US and German officials on Wednesday announced a deal allowing the completion of a controversial Russia-Germany gas pipeline, scandalizing Republican lawmakers who see the deal as an additional concession from the Biden administration to Russian President Vladimir Putin .

In a joint statement outlining the terms of the deal, Washington and Berlin pledged to counter any efforts by Moscow to use the Nord Stream 2 pipeline for “aggressive political ends by using energy as a weapon”.

The two governments also said they would support a $ 1 billion fund for alternative energy and development projects in Ukraine, which is bypassed by the new pipeline, while Germany has pledged to repay Kiev. the transit costs of lost gas until 2024, with a possible extension of 10 years.

“The United States and Germany are united in their determination to hold Russia accountable for its aggression and malicious activities by imposing costs through sanctions and other tools,” the statement said in part.

Senator Tom Cotton (R-Ark.), A member of the Senate Intelligence Committee, called the deal Wednesday a “terrible mistake” and “just another example of Joe Biden’s pathetic appeasement for Vladimir Putin.”

“First, it’s going to cost Americans jobs,” Cotton told Fox News’s “The Faulkner Focus”. “We produce natural gas in this country in sufficient quantities to be able to export it. We could sell our gas to Germany and Western Europe. Now Vladimir Putin is going to sell it to Europe. Second, it will hook Germany and other Western European countries even more to Russian gas, which means we won’t have as much influence over Russia in tough times. Third, it seriously undermines our allies and partners in Eastern Europe like Poland and Ukraine. “

“Vladimir Putin now has a lot more weight vis-à-vis our European partners, and this gives him more freedom in places like Ukraine or the countries of Central Asia. So Vladimir Putin has a lot more influence and that also sends the wrong signal to the rest of the world, that Joe Biden is not tough enough to defend America’s interests and defend our allies.

Senator Ted Cruz (R-Texas) described the deal as “a generational geopolitical victory for Putin and a catastrophe for the United States and our allies.” President Biden defies US law and has surrendered completely to Putin. Decades from now, Russian dictators will still reap billions from Biden’s gift, and Europe will still be subject to Russian energy blackmail.

“We always knew Biden was in bed with Putin, now they’re in a spoon,” Cruz added.

“Opposing Russia’s growing influence over Europe should be obvious, but Joe Biden has just offered Putin the Nord Stream 2 pipeline,” tweeted the former governor of South Carolina and ambassador of the United States. United States to the United Nations, Nikki Haley.

Representative Michael McCaul (R-Texas), a prominent member of the House Foreign Affairs Committee, warned that Russia “will use the Nord Stream 2 gas pipeline as a weapon of coercion against Ukraine and transatlantic energy security as soon as possible. ‘it will be operational. Promises to invest in future Ukrainian energy projects and ambiguous threats of consequences will not change this reality.

Even some Democrats have expressed skepticism about the deal.

Senator Jeanne Shaheen of New Hampshire, a member of the Senate Committee on Foreign Relations, said in a statement that she was “not yet convinced that this agreement – or any bilateral agreement – can provide enough assurances to our allies. European Union and minimize the considerable economic consequences “. the impact and safety implications of completing this pipeline.

Earlier Wednesday, Under Secretary of State for Political Affairs Victoria Nuland flatly denied reports that Ukraine had been warned about a public complaint about the deal. Meanwhile, the White House announced that Ukrainian President Volodymyr Zelenskyy will meet with Biden in Washington on August 30.

In May, the State Department announced it was removing sanctions against Russian company Nord Stream 2 AG, based in Switzerland, and its CEO, Matthias Warnig, a former East German secret police officer with close ties. with Putin.

As recently as March this year, Secretary of State Antony Blinken described the pipeline, which would pass under the Baltic Sea, as “a Russian geopolitical project intended to divide Europe and weaken European energy security” .

However, President Biden told reporters two months later that because the pipeline was “almost completely finished” the sanctions would be “counterproductive now in terms of our European relations”.

Germany has successfully resisted US pressure to pull out of the pipeline, which is being built by Russian public energy company Gazprom, the parent company of Nord Stream 2 AG. Germany is the sixth largest consumer of energy in the world and the largest consumer of natural gas.