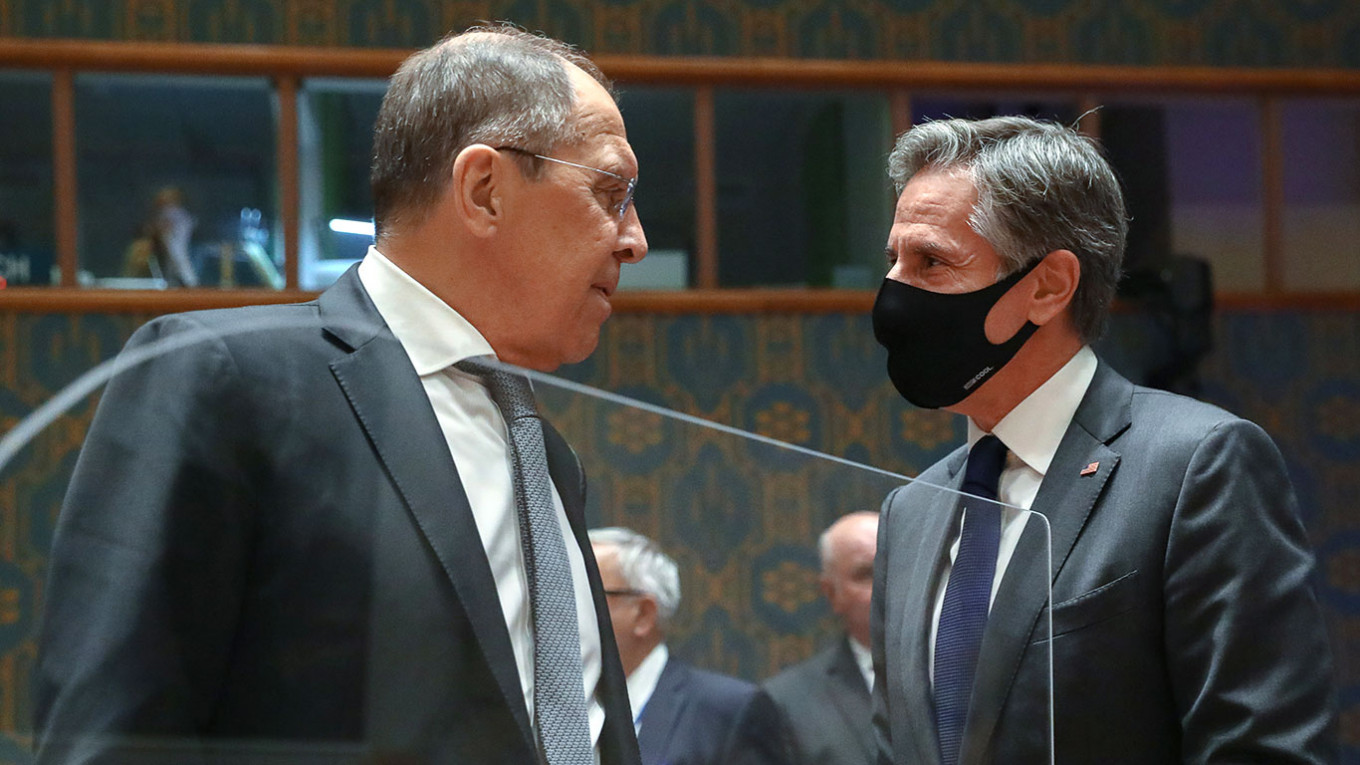 Senior US diplomat Antony Blinken on Thursday warned Russia against invading Ukraine, as Moscow said in Kiev that any attempt to retake the Crimean peninsula posed a “direct threat” to Russia.

Western powers have sounded the alarm bells in recent weeks that Russia has massed troops along the border with Ukraine, further fueling tensions in a region where a long-standing conflict has already affected 13 000 dead.

Moscow, accused of supporting the separatists fighting Kiev, has denied having prepared an attack and accuses NATO of raising the temperature.

Ukrainian leader calls for talks with Russia amid invasion fears

“We are deeply concerned about Russia’s plans for further aggression against Ukraine,” Blinken told Lavrov during talks near Stockholm on Thursday, warning of “serious consequences” if Russia “decides to continue. the confrontation”.

On a conciliatory note, Blinken said the United States was ready to “facilitate” the “full implementation” of the Minsk peace accords.

The Minsk Accord was reached after Russia’s annexation of Crimea in 2014 and aimed to resolve the conflict with pro-Russian separatists in eastern Ukraine, but was never implemented.

“The best way to avoid a crisis is through diplomacy,” Blinken said.

The United States, Russia and Ukraine were all in Stockholm on Thursday for a meeting of the Organization for Security and Cooperation in Europe (OSCE), one of the few forums for international dialogue in which the United States and Russia belong.

Speaking at the plenary session, Blinken called on Moscow to “defuse, reverse the recent build-up of troops (and) return forces to normal peaceful positions.”

Lavrov meanwhile warned that the “nightmarish scenario of a military confrontation has returned” in Europe, accusing NATO of gradually moving its military infrastructure closer to Russia’s borders.

He reiterated his opposition to any NATO expansion eastward – including Ukraine – but said Russia was open to dialogue.

“We are interested in joint efforts towards a resolution of the Ukrainian crisis,” he said.

Despite the cordial tone, the OSCE meeting took place against a backdrop of tension.

At a NATO meeting in the Latvian capital Riga on Wednesday, Blinken accused Russia of trying to “destabilize Ukraine from within as well as large-scale military operations”.

He said it was not known whether Russian President Vladimir Putin had decided to invade, but added: “We know he is building the capacity to do so as soon as possible, if he so chooses. Thus”.

Blinken warned that there would be “far-reaching and lasting consequences” for Moscow if it continued aggression, including “a series of high-impact economic measures that we have refrained from using in the past.”

But he called on Kiev’s partners to “prepare a deterrent package” that would make Russia think twice before resorting to military force.

Ukrainian President Volodymyr Zelenskiy said on Wednesday that Crimea was Ukrainian territory and that Kiev’s objective was to “liberate” it.

“We see this as a direct threat to Russia,” Kremlin spokesman Dmitry Peskov told reporters on Thursday.

Outside the diplomatic forum, tensions continued on the ground Thursday.

A Ukrainian soldier was killed in clashes with pro-Russian separatists, Kiev said, while Moscow announced that it had arrested three Ukrainian spies, including one who was plotting a terrorist attack.

The OSCE meeting was planned well in advance but comes at a crucial time as tensions mount over many issues in Europe.

Besides Ukraine, other issues on the meeting’s agenda include the migrant crisis on the border between Belarus and the EU and the resurgence of clashes between Armenia and Azerbaijan, members of the ‘OSCE.

The EU reached an agreement on new sanctions against Belarus on Wednesday, and the US will follow suit soon, the US State Department said.

The plenary session of OSCE ministers should not lead to the adoption of major agreements, unanimity being required.

A planned resolution on Ukraine was dropped due to lack of consensus.