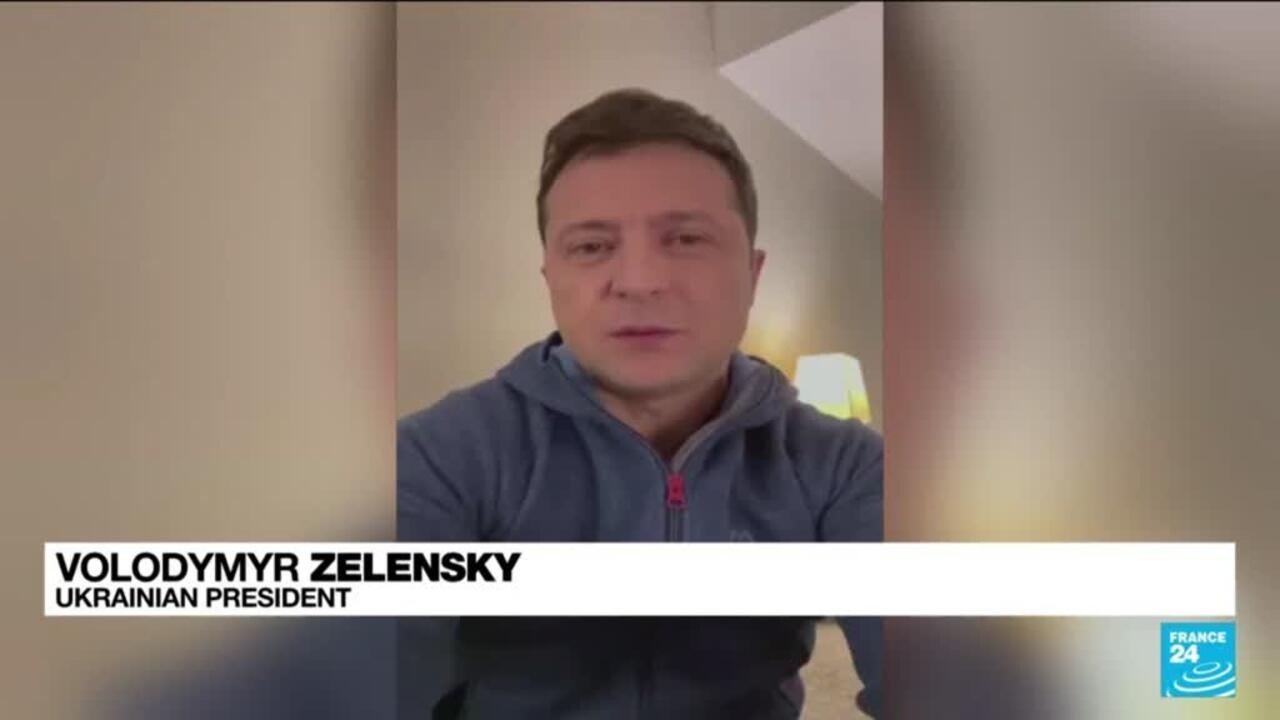 Ukrainian President Volodymyr Zelensky on Wednesday promised a “firm response” after gunmen opened fire on a car carrying his main aide, in what officials said was in retaliation for trying to curb the oligarchs.

Sergiy Shefir, a 57-year-old former screenwriter and longtime partner of comedian-turned-politician Zelensky, is said to have escaped without serious injury.

“Saying ‘hello’ to me by pulling out of the forest on my friend’s car is weak,” Zelensky said in a video statement from New York. “The response will be strong.

Zelensky, who is in New York for the United Nations General Assembly, said it was not yet clear who was behind the attack.

But he said: “It does not affect the path that I have chosen with my team – towards change, towards the darkening of our economy, towards the fight against criminals and big influential financial groups.”

Shefir called the attack on his life an attempt to “intimidate” the presidency.

Shefir may have been targeted for his work, or as part of an attempt to put pressure on senior Ukrainian leaders or to destabilize “the political situation in our country,” Igor Klymenko, head of the press, told reporters. National Police.

An adviser to Interior Minister Anton Herashchenko said on Facebook that the attack took place at around 10:00 a.m. (07:00 GMT) on Wednesday near the village of Lisnyky south of the capital Kiev.

He said Shefir’s driver was “seriously injured” and police launched a special operation in the area.

She said authorities have opened an investigation into attempted murder.

Photos released by officials showed a black Audi with bullet holes along its hood and on the driver’s side door.

Official reports did not say whether Shefir was injured, but a lawmaker representing Zelensky’s “Servant of the People” party said he was fine.

“I spoke to him briefly, everything is fine, he is alive and well,” said Davyd Arakhamia, quoted by the Russian news agency RIA Novosti.

He said the police took Shefir to a “safe” place.

Another collaborator of Zelensky’s office, Mykhailo Podolyak, told Interfax-Ukraine news agency that the attack was a response to “a policy aimed at limiting the traditional influence of obscure oligarchs”.

Zelensky – a former comedian with no previous political experience – won the election in 2019 by promising to restart Ukraine’s political system and purge the influence of powerful oligarchs.

Western allies have repeatedly urged Kiev to tackle widespread corruption and reduce the power of the oligarchs.

Zelensky this year called on his government to develop a so-called “register of oligarchs” – a list of tycoons who influence media and politics in the country.

The names, however, have yet to be revealed.

Zelensky Shefir’s assistant was born in the central industrial town of Kryvyi Rig and studied to become a metallurgist, but as a student he started doing comedy for the popular KVN show with his brother, Boris.

In 2003 he co-founded a production company called “Kvartal 95” with Boris and Zelensky.

Shefir produced and wrote “The People’s Servant”, a show in which Zelensky portrayed a schoolteacher who became president and who ultimately launched his political career.