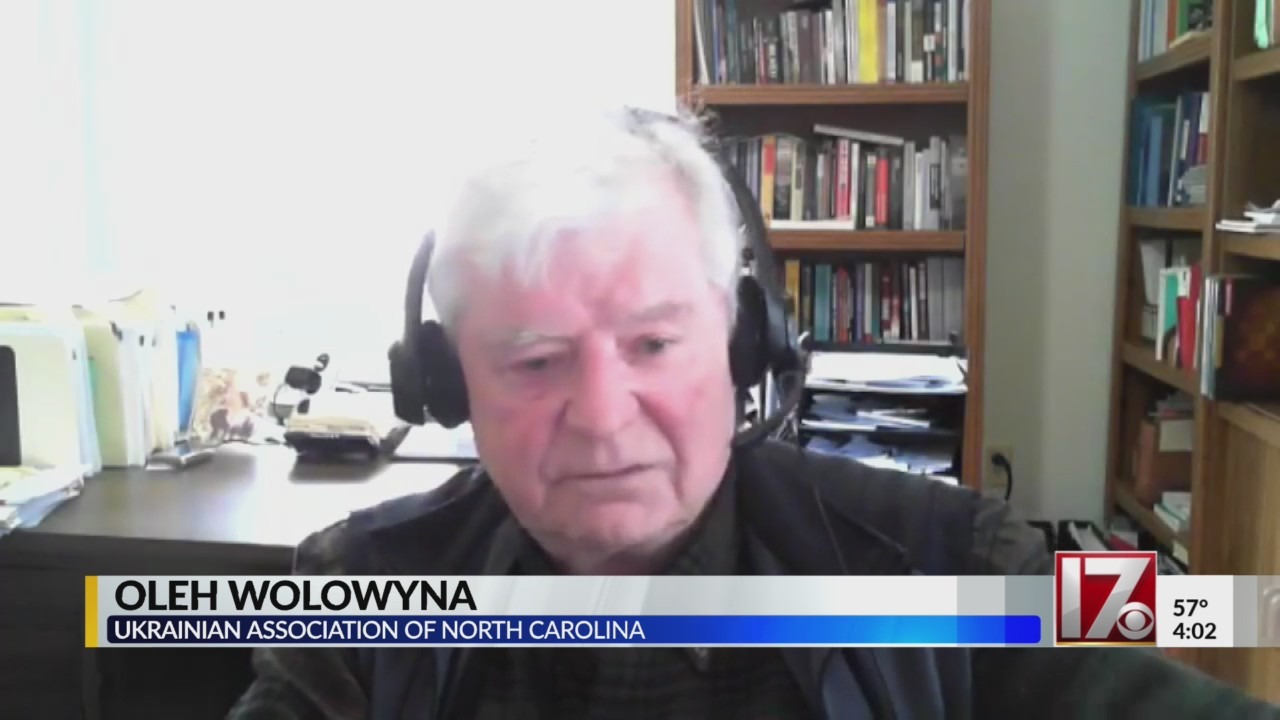 CHAPEL HILL, NC (WNCN) – The local Ukrainian community is uniting in support of their homeland.

They spent Saturday raising funds to send needed supplies as Russia sits with more than 100,000 troops on the border.

Until recently, Oleh Wolowyna said Ukrainians thought the rest of the world was more concerned about Russia than they were.

“I have had conversations with friends in Ukraine every day and I feel a change. Until not so long ago, they were sure that he would not invade, life was normal, no one was upset. But now there is a strong preparedness civil defense movement,” Wolowyna said.

He said civilians who once served in Amry are training again.

“People are pretty calm but they are getting ready,” Wolowyna said.

Wolowyna, a Ukrainian-born who lives in Chapel Hill, has spent his career as a demographics and socioeconomics researcher specializing in Ukrainian populations.

Wolowyna said that Vladimir Putin did not want Ukraine to become a member of the North Atlantic Treaty Organization because it would mean that NATO would be required to defend Ukraine.

“History tells us that everything the Russians say they will do is not true. Every treaty they signed – they broke it. In other words, the only way to fight them is by force,” he said.

But Wolowyna said force need not include military action.

Sanctions that include the sale of oil and gas would be crippling.

So would freezing Russian bank accounts around the world, just like the US has done with other countries.

“The case of Iran is a classic example if adequate sanctions are implemented, they are effective and it works. It can work here too,” he said.

There is even more at stake.

“When people say why the United States should defend Ukraine – It’s not Ukraine. You defend the whole system of democracy of which the United States was and is the leader. And you risk losing that position if you are seen as a weak country,” Wolowyna said.

He also said China was linked to the conflict.

“Because China is now perceived as the main economic and energy threat to the United States. But if he (Putin) gets away with Ukraine, then China can invade Taiwan and that will strengthen his position because the United States will be seen as a weak country, not a superpower anymore,” he said. -he declares.

Wolowyna said he would not bet on Putin’s word not to invade.

“If you gave me a dollar for every promise made by the Russians, I would be a millionaire.”