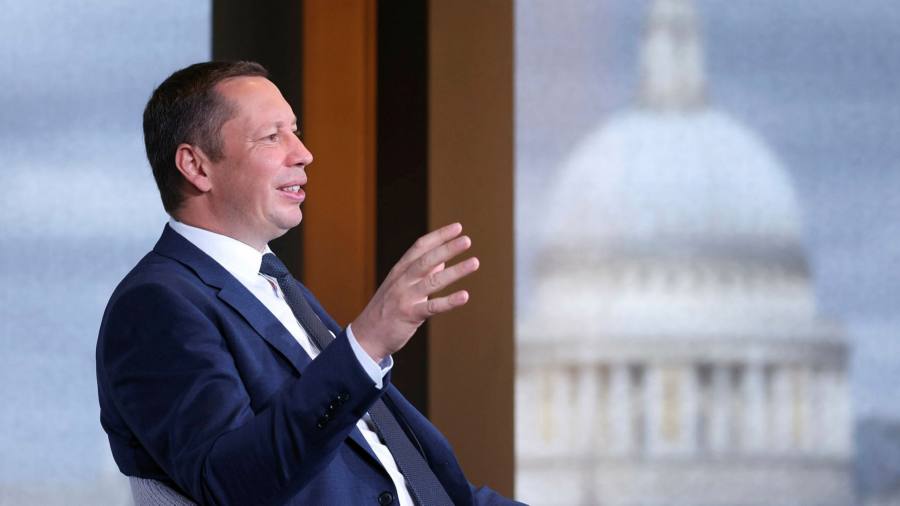 The warning from Kyrylo Shevchenko, governor of the National Bank of Ukraine (NBU), came as the eastern European country introduced new laws to fight corruption and promote good governance in financial institutions. He said it was an essential step towards the planned privatization of Ukrainian public lenders, who represent 55% of the country’s banking sector.

“Without a new anti-corruption reform, it would be very difficult to protect the rights of creditors and the rights of investors in Ukraine,” Shevchenko told the Financial Times in an interview. “One of my goals is to protect corporate governance reform in public banks. Otherwise, future privatization will never take place.

Emphasizing the “very important” role of the central bank in the economy, he added: “I think the political pressure exerted on it has a destructive and dangerous influence. . . Vested interests and the oligarchs are behind this.

Zelensky has since distanced himself from the oligarch, but has struggled to convince the IMF and foreign governments of his determination to root out corruption, causing repeated delays in disbursements under a support loan program. of $ 5 billion.

The central bank has suffered a series of resignations since Shevchenko’s appointment a year ago, with the departure of 30% of top executives.

The head of the NBU’s licensing department and eight colleagues resigned last month, complaining of a lack of transparency and autonomy, and a concentration of decision-making in “one pair of hands”.

Shevchenko dismissed this as part of the pressure on him and the central bank. “I was disappointed to learn this from the media and not from colleagues themselves,” he said. “I see this resignations PR campaign as an attempt to put political pressure on the NBU.”

Around 100 insolvent Ukrainian lenders – some belonging to oligarchs – have been liquidated and others nationalized as part of a cleanup by Shevchenko’s two predecessors.

Under them, the NBU was “the most reformed institution I have seen in any of the countries I cover in the past 30 years,” said Timothy Ash, emerging market sovereign debt strategist at BlueBay Asset. Management and long-time specialist in Eastern Europe.

After former NBU chief Yakiv Smolii complained of political interference, the appointment of Shevchenko, former chairman of the board of one of Ukraine’s largest state banks, was seen as a potential erosion of central bank independence.

But observers say Shevchenko has stuck with the NBU’s inflation-targeting regime, for example, by raising interest rates twice to curb price increases despite the threat to economic growth as l Ukraine is fighting to fight the pandemic.

Two people close to Zelensky told the FT that Shevchenko himself was in danger of being replaced.

But another reshuffle would further complicate the IMF loan talks. Shevchenko said the window available to get the loan approved was “not as wide as we would like”, but that he believed the fund would release $ 3.2 billion this year. Ukraine will receive an additional $ 2.7 billion from the IMF Special Drawing Rights issuance which is expected to be approved in August.

Ukraine’s parliament this month passed two crucial laws to reform the country’s judicial system, which are conditions of the IMF’s program.

Shevchenko said the NBU has frozen or withdrawn the operating licenses of more than 20 of the 188 insurance companies registered in Ukraine because they were used to launder money by entities, including state-owned companies. .

Markets have also reacted positively to the appointment last week of banker Serhiy Nikolaychuk to replace respected Dmytro Solohub as vice-governor of the NBU.

BlueBay’s Ash has questioned Shevchenko’s record since taking office. “We can debate whether he maintained the institutional strength of the NBU, but I would say it is significantly weaker than when he joined,” Ash said, citing the exodus of well-respected technocrats.

On the Record – Yaron Farizon, the new CEO of MediaCom AUNZ