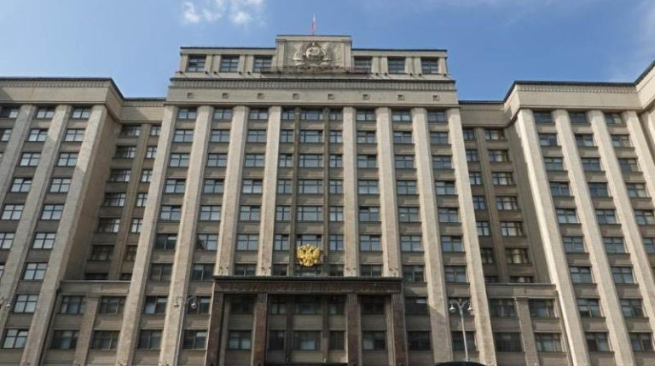 Ukraine’s revenge on the West

The ratification by the Russian Duma of the annexation of four regions of Ukraine (People’s Republics of Donetsk and Lugansk, as well as the Kherson and Zaporozhye regions) and the adoption of the corresponding laws create a new momentum and will take time to create a new balance of forces on the ground.

During this time, the external environment also transforms in a phenomenal way. The aggravation of the energy crisis in Europe following the sabotage of the Nord Stream gas pipelines becomes a serious contradiction.

Thus, a complex situation arises against the background of a massive reinforcement of the Russian army around Ukraine in the Kharkov region and in the southern Black Sea region with long convoys of armored vehicles heading towards the Crimea from Russia.

Unanimous ratification by the Duma of four regions joining Russia on Monday was to be expected, the relevant legislation was duly ratified by the Federation Council (the upper house of parliament) on Tuesday, and, President Putin signed them into law. The annexed Ukrainian regions are now part of Russia.

The Duma approved the government’s proposals on establishing the borders of the new regions. The relevant treaties specify that the borders adjacent to the territory of a foreign country will be the new state border of Russia. Clearly, the old Soviet-era borders are being re-established in these regions.

Determining borders has security implications. In the Donbass, large areas are still under the control of Ukrainian forces.

The town of Liman in the Donetsk Republic was captured by Ukrainian forces only three days ago. Ukrainian incursions into Kherson continue. Heavy fighting is reported. Clearly, there is still a lot of unfinished business for Moscow.

Another priority where the oblast capital itself is n is not yet under Russian control.

In the emerging situation, Ukrainian President Zelensky formally applied for Ukraine’s NATO membership in a fast-paced manner, but within hours the alliance poured cold water on it, explaining that any decision would require the support of all 30 member states, signaling, in effect, that there will be no direct NATO intervention in Ukraine.

However, the White House Reading During President Biden’s call with Zelensky on Monday, he mentioned a new $625 million security assistance program by Washington that includes additional weapons and equipment, including HIMARS, artillery systems and ammunition, and armored vehicles. Biden “pledged to continue to support Ukraine as it defends itself against Russian aggression for as long as it takes.”

Later, US Secretary of State Antony Blinken said that “recent developments…only strengthen our resolve”. He added: “The capabilities we provide are carefully calibrated to make the biggest difference on the battlefield and strengthen Ukraine’s hand at the negotiating table when the time is right.

The Russian military command will probably have to redefine the parameters of special military operations since its forces will now safeguard the territorial integrity and sovereignty of the country. It remains to be seen what form this will take. Russia’s actual deployment so far has been less than 100,000 troops.

Certainly, the induction of 300,000 soldiers with prior military experience will impact the overall military balance to Russia’s advantage. Defense Minister Sergey Shoigu said another 70,000 men have also volunteered, bringing the total strength of the additional forces to around 370,000.

Now that’s a huge increase. Therefore, it is quite conceivable that the old pattern of “casting” of Ukrainian forces could change and the goal would be to end the war decisively.

The US decision to set up a command center outside Ukraine (in Germany) appears to anticipate Russian attacks on command centers in Kyiv and elsewhere with much greater use of air power.

A point of no return is fast approaching, from which Russia will have no alternative but to press for regime change in Kyiv and pave the way for an entirely new Ukrainian leadership that gets rid of the Anglo-American grip and is ready to negotiate to end the war.

Attention in Europe is increasingly turning to the economic crisis with double-digit inflation and recession looming. Growing public discontent is already turning into protests in many European countries. The crisis can only get worse when winter sets in.

It is conceivable that the change in popular mood could cause European governments to focus on their national problems. The most ardent supporter of open war with Russia is Britain, but Prime Minister Liz Truss is fighting for her political survival and the Tories have lost their mandate to govern.

In Germany, the center-right opposition Christian Democratic Union/Christian Social Union bloc in the Bundestag blocked a motion urging the government to allow the export of battle tanks and infantry fighting vehicles “immediately”. Germans to Ukraine. Politico reported that “a vote on arms deliveries in the Bundestag would have risked revealing fatal cracks in government unity and could even have led to a defeat of (Chancellor Olaf) Scholz in parliament”.

The German government is also facing increasing pressure from Eastern European allies. Washington’s Foreign Policy magazine wrote last week: “In the eyes of NATO allies in Berlin in Eastern Europe, especially the countries bordering Russia, Germany, the center of economic and political power of Europe, is not doing enough. And the longer he delays, the more he risks a long-term diplomatic rift with these allies in the East.

In this fluid situation, the sabotage of the Nord Stream gas pipeline is part of the energy crisis in Europe and threatens European countries with “deindustrialization”. For Germany, in particular, the country’s economic model is riveted on the availability of abundant supplies of gas from Russia at cheap prices provided by gas pipelines. Clearly, the Nord Stream sabotage has monumental implications.

A statement from Gazprom in its Telegram account said one of Nord Stream 2’s three lines was unaffected and the gas giant had reduced pressure to inspect the line for damage and potential leaks. Nord Stream 2 has a shipping capacity of 55 billion cubic meters per year, meaning its B line could deliver up to 27.5 billion cubic meters per year to Germany across the Baltic Sea. However, the Nord Stream 2 requires EU approval, which is problematic given the tensions between Brussels and Moscow.

The rise of the Atlanticists through the ranks of power in Berlin and their connection to EU bureaucrats in Brussels have so far worked wonders for Washington. But the ground underfoot is changing, as the dramatic turn in Italian politics shows. In France, President Macron is immobilized, for lack of a parliamentary majority to legislate, and plagued by a series of crises. All this means that the three main centers of power within the euro zone (Germany, France and Italy) and Great Britain are entering a period of deep crisis. Their ability or interest in fighting Russia in Ukraine becomes severely limited.

In light of the 2014 coup in kyiv and the West’s break with Russia, a new geopolitical landscape is emerging in Europe. The Summit of the European Political Community which began at Prague Castle today, serves to underline that this is a Kafkaesque moment – ​​a last hurrah for European integration. This must be Ukraine’s revenge on Europe for staging the 2014 coup, which cut the umbilical cord linking it to Russia.

MK Bhadrakumar is a former diplomat. It was Indian Ambassador to Uzbekistan and Turkey. Opinions are personal.